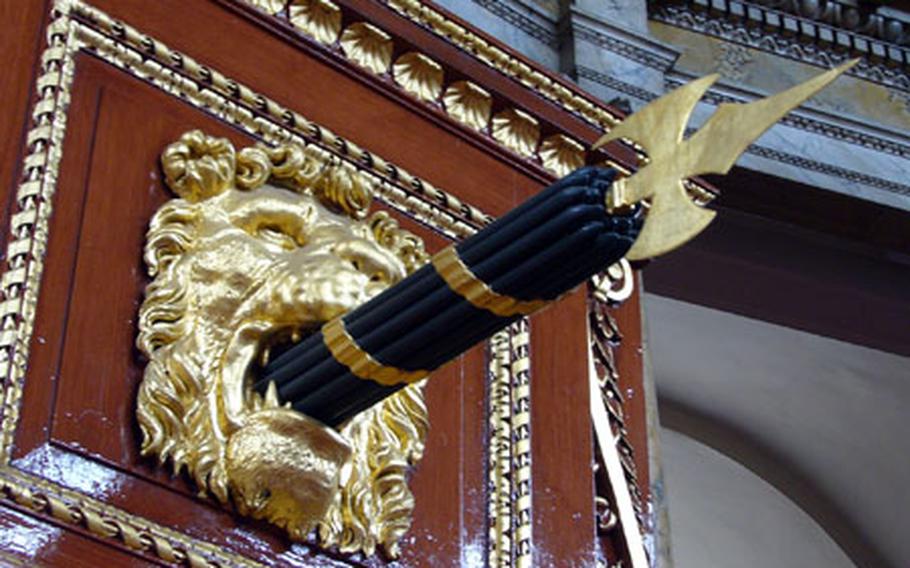 This unique adornment can be seen inside the 17th-century Sheldonian Theatre, one of Oxford&#39;s many tourist spots in its city center. (Sean Kimmons / S&S)

This unique adornment can be seen inside the 17th-century Sheldonian Theatre, one of Oxford&#39;s many tourist spots in its city center. (Sean Kimmons / S&S) 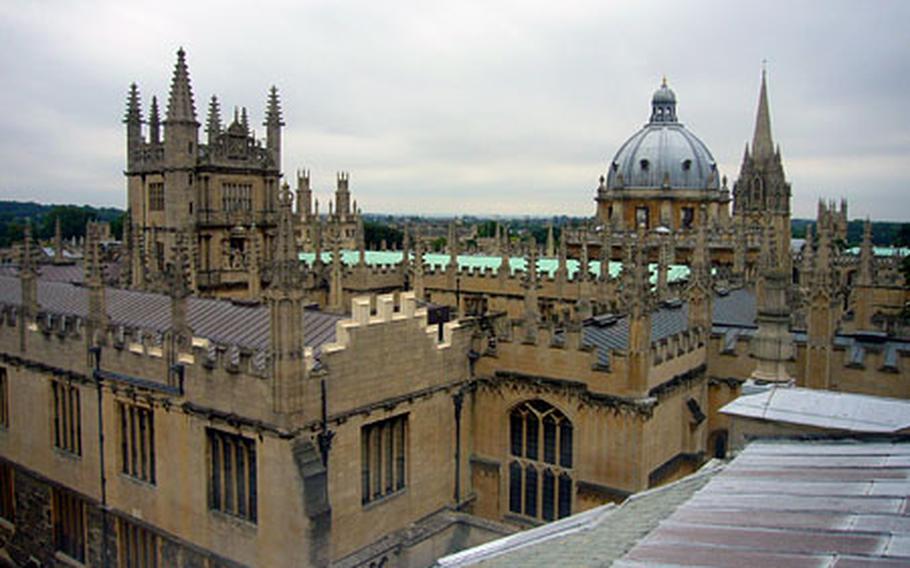 The Bodleian Library and Radcliffe Camera buildings can be seen here from the rooftop of the Sheldonian Theatre. (Sean Kimmons / S&S) 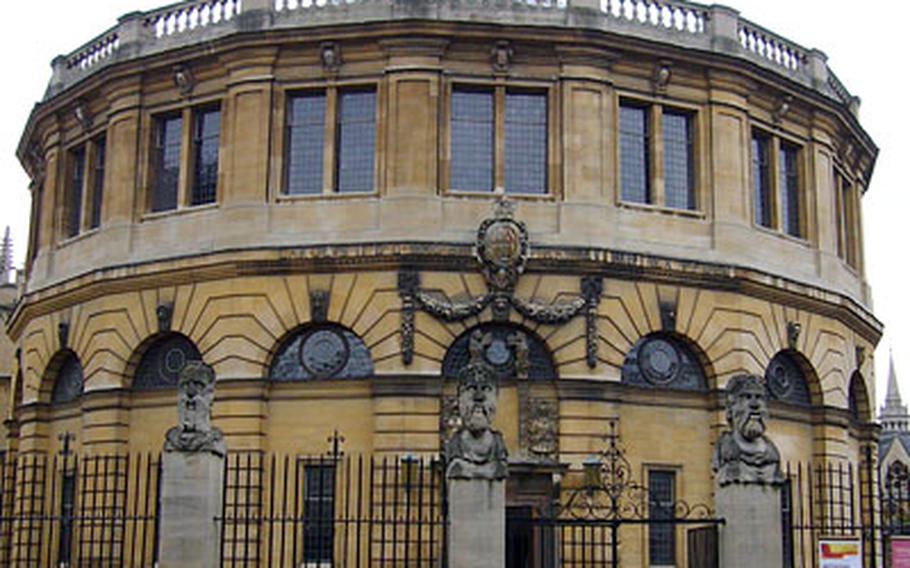 The 17th-century Sheldonian Theatre, viewed from the outside, gives visitors a chance to see unique architecture as well as a panoramic view of Oxford from its rooftop. (Sean Kimmons / S&S) 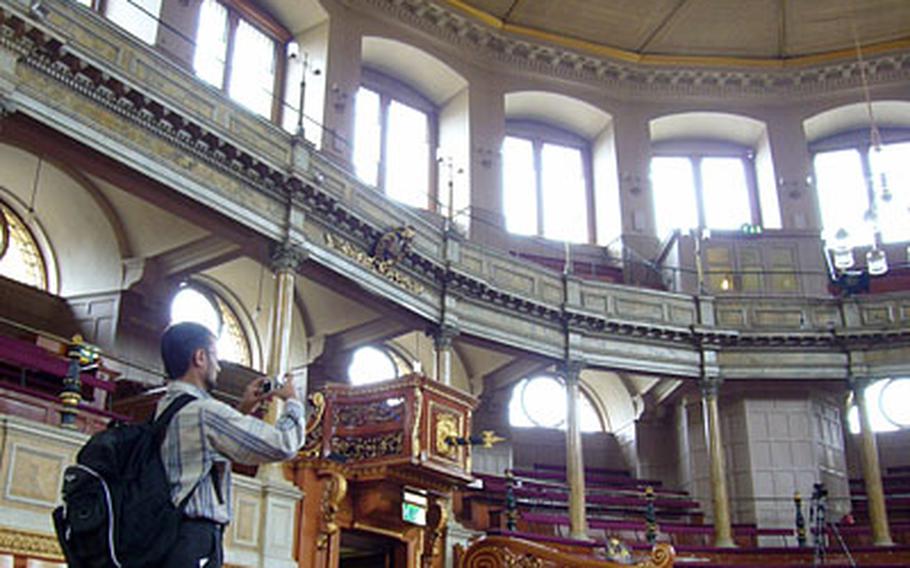 A visitor takes a photo inside the 17th-century Sheldonian Theatre, one of Oxford&#39;s tourist spots. (Sean Kimmons / S&S)

OXFORD &mdash; Almost 340 years after it was erected in this famous university city, the Sheldonian Theatre still serves as a host to meetings, ceremonies and concert events.

Found in the city center along Broad Street, the theater is just one historical site that tourists can dip into while exploring nearby museums and the well-known Bodleian Library and Radcliffe Camera buildings.

Although the theater may not be quite the size of other concert venues that cram thousands through their doors, its small stature and architecture make it much more quaint.

The theater, designed by Sir Christopher Wren, seats up to 1,000 for conferences and 800 for concerts. It can be hired out for an afternoon or evening event for roughly 850 pounds, said theater employee Maggie Burge.

People also can pay a 2-pound admission to visit the theater when it&rsquo;s not hosting an event. Those who do enter can take a seat in its padded stands to admire its structure and adornments.

Chandeliers hang from its ceiling and much of the woodwork is painted gold or in marble colors to give the place an elegant feel.

A beautifully chiseled wooden chair, fit for a king or a dignitary in a ceremony, also sits in the stands. Across from the chair, a huge organ dominates one side of the theater along with a large wooden door found beneath the elevated organ.

On a recent Sunday, there were also cameras, spotlights, microphones and speakers in place, presumably for a concert a few days later. The theater is slated to host three more concerts by the Adderbury Ensemble this month.

When done marveling at the theater, head to its enclosed rooftop, where one can see a panoramic view of the city.

First, one has to climb approximately 80 creaky wooden steps to reach a dark ceiling where a matrix of overlapping and interlocking pieces of timber hold up the theater&rsquo;s structure. A few more steps past the timber is the small rooftop area.

Large windowpanes make it easy for visitors to look down onto the city&rsquo;s busy streets, and they also afford parallel views of the elaborate pinnacles belonging to other historic buildings.

&ldquo;It&rsquo;s one of the best views in the city,&rdquo; Burge said.