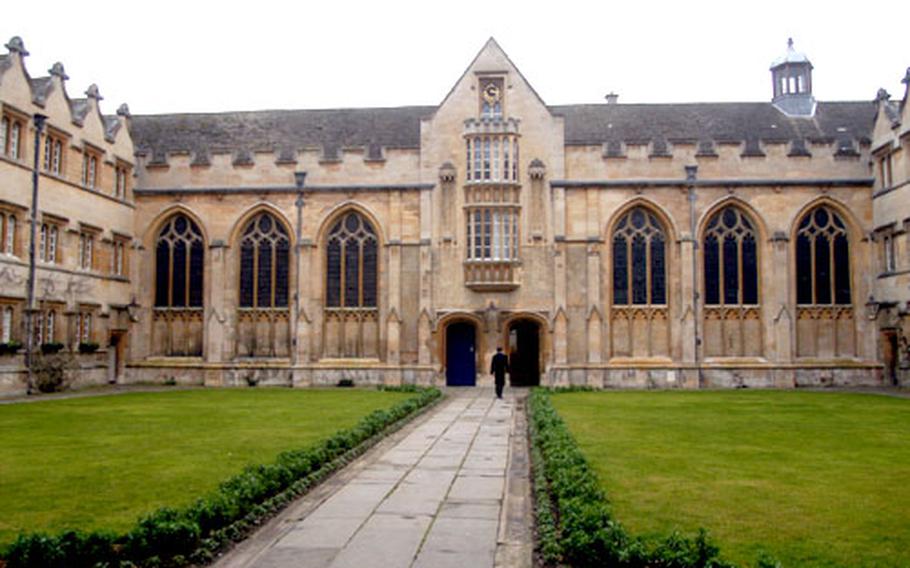 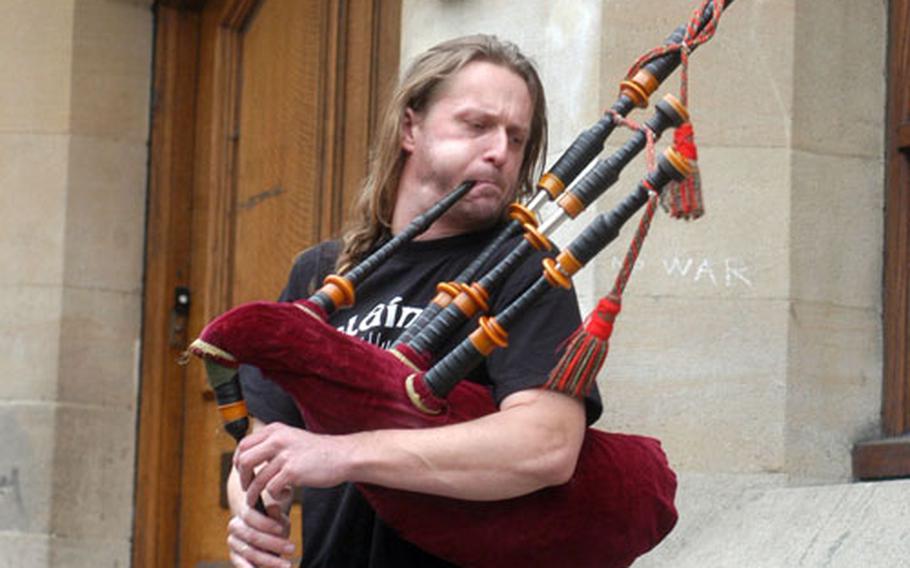 Street performer Heath Richardson plays the bagpipes for anyone who cares to listen along Cornmarket Street, a popular shopping area in Oxford. (Sean Kimmons / S&S) 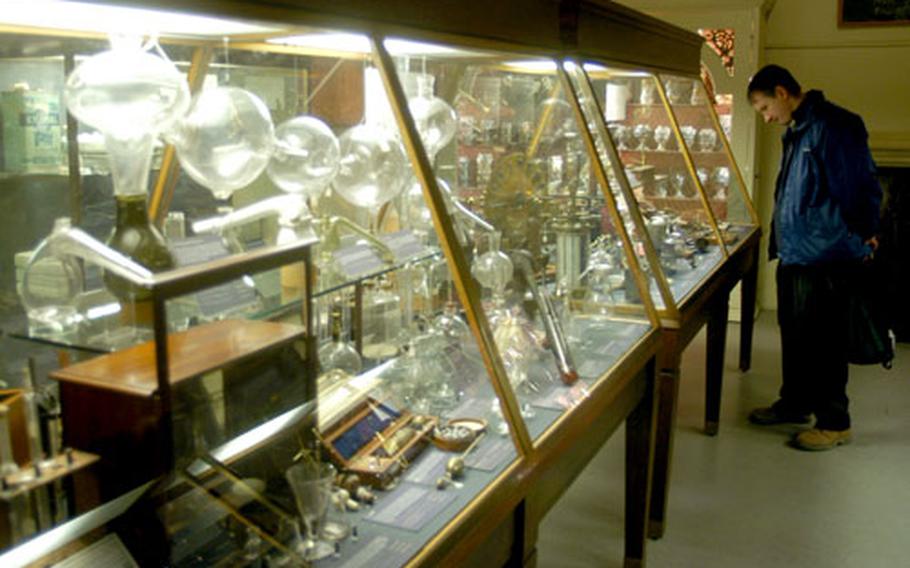 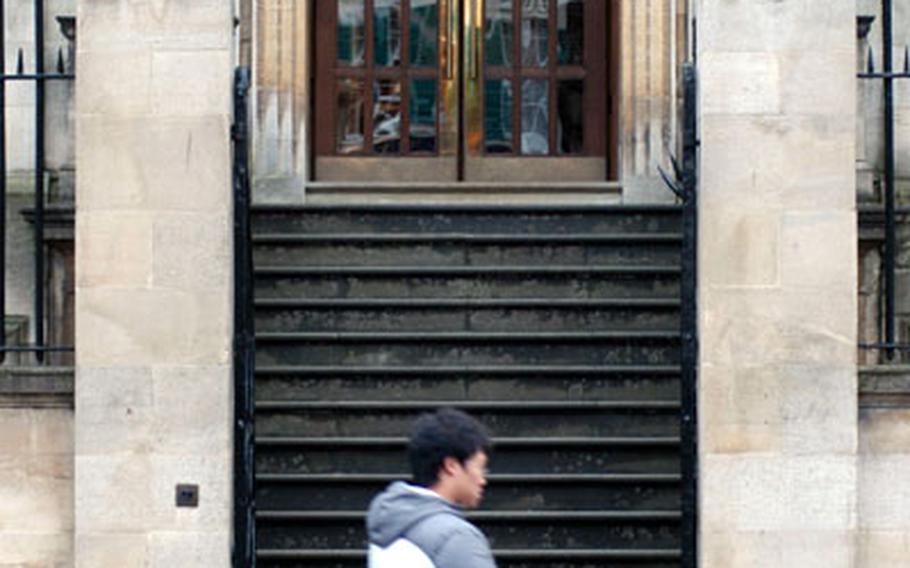 Known as the oldest university in the English-speaking world, the university is the livelihood of the city of Oxford, 20 miles south of RAF Croughton and almost three hours from RAF Mildenhall and RAF Lakenheath.

With an abundance of historical attractions and the commotion caused by the more than 17,000 students at its university, Oxford proves to be a good day trip and possibly more.

Park-and-ride lots are situated around the city&rsquo;s downtown area, where visitors can leave their vehicle and jump on a bus. Some of the parking lots are within walking distance to the top Oxford sights. For three hours of parking, expect to fork over about 5 pounds.

Once parked and ready to go, try to step into the Oxford Information Centre on Broad Street to pick up a map or ask the staff any questions. The Information, Tickets and Travel offices on RAFs Lakenheath and Mildenhall each provide written information on the city as well.

For a more in-depth and entertaining look at the history of the city, head to The Oxford Story, right next to the information center. The Oxford Story is a 25-minute indoor amusement ride that tells stories about the city, many from the 900-year history of its university.

&ldquo;Did you know that it was here that Lewis Carroll first told the stories of &lsquo;Alice&rsquo;s Adventures in Wonderland&rsquo;? Or that Edmund Halley first spotted his famous comet in the skies above Oxford?&rdquo; states a brochure from The Oxford Story.

At the eastern end of Broad Street is the History of Science Museum, which is free to enter. A significant collection of early scientific instruments can be found there, in the world&rsquo;s oldest surviving museum building &mdash; the Old Ashmolean.

The museum is presenting the exhibit &ldquo;The Astrolabe, East and West&rdquo; until Sunday. The astrolabe is an ancient astronomical computer used to solve problems relating to time and the position of the sun and stars in the sky.

Near the museum are other places of interest, such as the Bodleian Library, the university&rsquo;s main research library; the 18th-century Radcliffe Camera, whose dome and drum architecture is one of the city&rsquo;s most distinctive landmarks; and the 17th-century Sheldonian Theatre, which hosts meetings and public ceremonies.

There are 39 colleges that make up Oxford University. Seeing every campus is an impossible task for a day trip, so only pick out a few to meander through.

The campuses of the Magdalen and Christ Church colleges are popular, and cost a couple of pounds to enter. University College on High Street, where Clinton attended in 1968, is in the middle of both colleges.

Shopping centers and markets dominate the central and western parts of downtown, especially along Cornmarket Street.

When tired of walking and learning about the city&rsquo;s history, head into a cozy pub or restaurant for a bite to eat, and perhaps a coffee. As the sun goes down, pubs, wine bars and nightclubs will surely become lively with the college crowd.