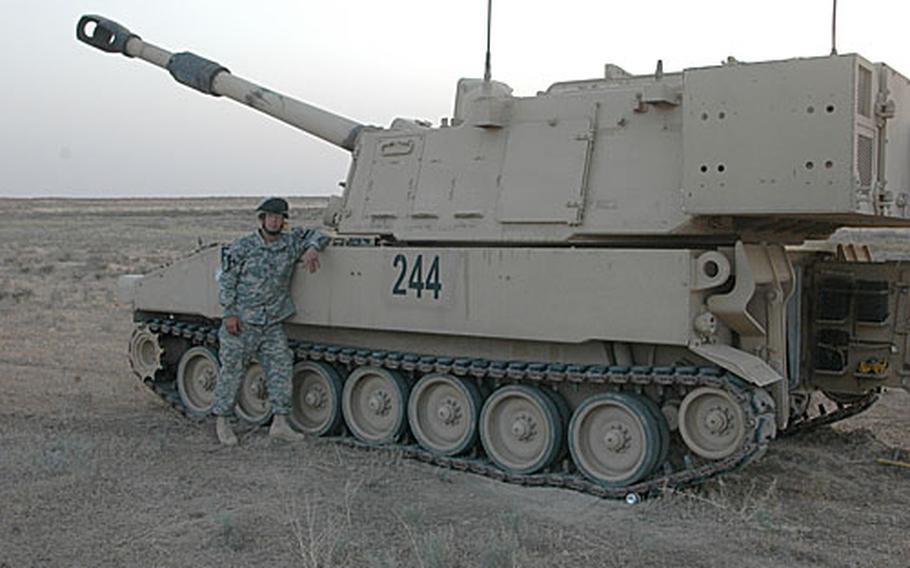 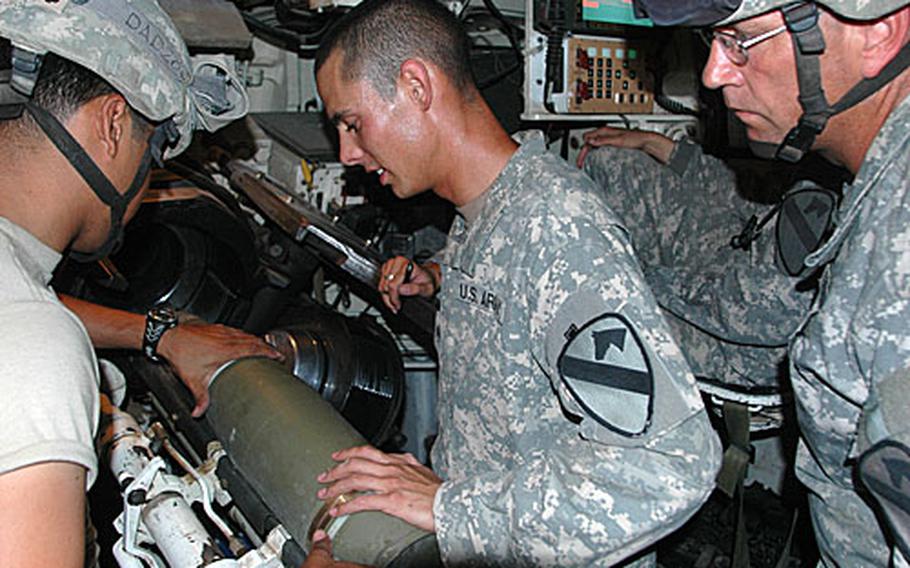 The firebrand senior noncommissioned officer of the U.S. Army is now in Iraq, following through on his commitment to his duty as a war-ready soldier.

Sgt. 1st Class Lea Masters, 43, a native of Chesapeake, W.Va., who served as a drill instructor when he was on CBS&#8217; hit series, is attached to the 5th Battalion, 82nd Field Artillery Regiment, 4th Brigade, 1st Cavalry Division based in Fort Bliss, Texas.

He is working as the chief of the unit&#8217;s firing battery, which features the 155 mm Paladin howitzer, one of the U.S. military&#8217;s biggest pieces of artillery.

&#8220;When I came here, I had to forget about any of this celebrity business because I deal in a world where people&#8217;s lives are at stake,&#8221; Masters said Saturday during an interview at FOB Q- West, roughly 190 miles north of Baghdad.

He went to the war zone when his newest unit deployed there nearly nine months ago.

But back in 2004, Masters tried out for the reality television show at the behest of his son, Kris, who is now 21. He was posted at Fort Jackson, S.C., then.

One thing led to another, and before Masters knew it, he was on a plane bound for Sydney, Australia, then boarded another plane, and then a boat &#8212; blindfolded &#8212; bound for the 83-island nation of Vanuatu, a former British colony in the South Pacific.

A day later, according to Masters, Jeff Probst, the host of the show, pulled up to Masters and his &#8220;Survivor&#8221; competitors on a boat rowed by locals, announcing that the game was now beginning.

Masters made it to the first jury stage and was the seventh person voted off, largely due to his physical stamina, in his opinion. His midseason exit was also largely due to his unwavering adherence to ethics, honor and integrity &#8212; values lost among those who endure to the end, according to the colorful artilleryman.

He was besieged by letters and e-mails in the thousands from people who admired his John Wayne-style grit, and he didn&#8217;t let an e-mail go without a response.

Much like Rudy Boesch from the very first season &#8212; a former Navy SEAL &#8212; Masters lived by his own code of ethics that was different from that of the younger players on the program.

Boesch lives down the street from Masters&#8217; mother in coastal Virginia. The two men paired up a couple of years ago for a barbecue cookout, swapping stories about their experiences on the show.

A congressional inquiry followed Masters&#8217; appearance on the CBS show. It came about at the urging of a group of wives of U.S. servicemembers who were upset that he was an active-duty soldier who seemed to be &#8220;having a good time&#8221; while other active- duty personnel were dying in Iraq, Masters said.

The hearings blew over after lawmakers saw no wrong in his appearance on the show, he said. In fact, the military sent him on globe-trotting tours, acting as an ambassador of sorts for the U.S. Army, where he gave speeches and visited terminally ill children, among other activities.