Outside the spotlight, troops wounded in IED attacks recover at Landstuhl 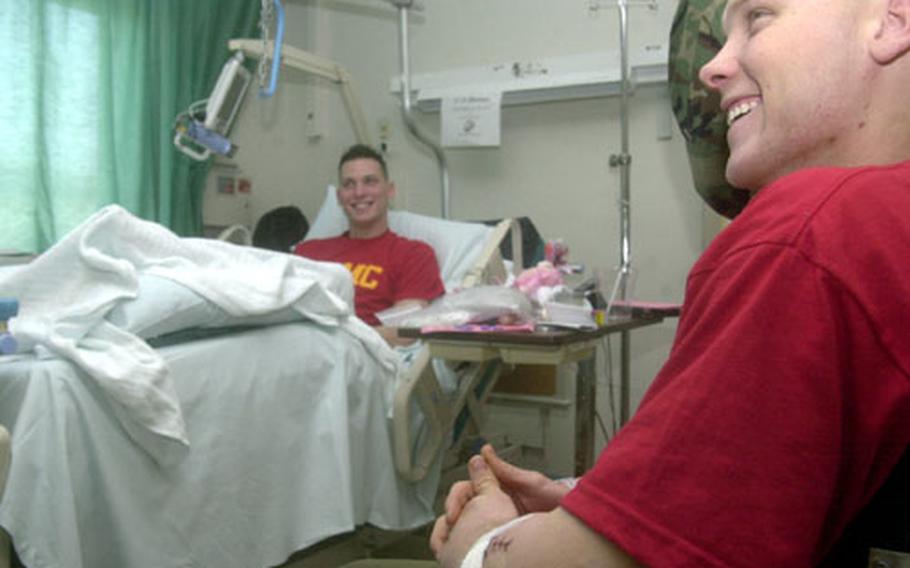 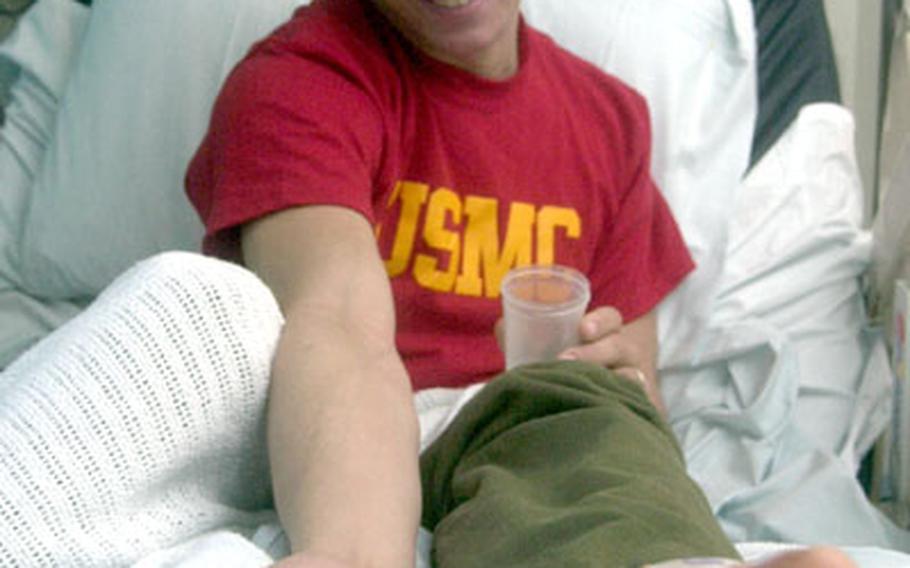 LANDSTUHL, Germany &#8212; The cameras are gone. The press conferences over. The national spotlight is focused elsewhere.

Yet, a 24-year-old Marine rests in a hospital bed, like dozens of others, largely unknown to the outside world. This Marine, Lance Cpl. Russell Redhead &#8212; the victim of a roadside bomb attack in Iraq &#8212; sits inside the same hospital where ABC News anchor Bob Woodruff and cameraman Doug Vogt were treated about two weeks ago.

Landstuhl Regional Medical Center treated Woodruff and Vogt after the pair were seriously injured by a roadside bomb in Iraq last month. The national media swarmed the hospital to report on their injured brethren.

For days, it was the top story on Web sites and U.S. newspapers. Coverage of Woodruff and Vogt received so much attention that it drew criticism from U.S. servicemembers. Troops wondered why one instance of journalists getting injured in a roadside bomb attack garnered so much attention because the attacks happen almost daily to U.S. troops in Iraq.

Since then, dozens of troops wounded in roadside bomb attacks have passed through Landstuhl. In fact, a majority of the wounded treated at Landstuhl are injured by makeshift bombs, said Marie Shaw, Landstuhl spokeswoman. To date, Landstuhl has treated 5,450 troops for battle injuries since the start of operations Enduring and Iraqi Freedom.

Redhead and Marine Sgt. Chris Filley, 22, survived a Feb. 10 roadside bomb attack on their convoy near Hit, Iraq. The Marines told their story while recovering from their wounds at Landstuhl.

Around 8:30 a.m., Filley was in the lead vehicle of a convoy conducting an IED sweep on Main Supply Route Bronze. He had just finished transporting snipers back to Forward Operating Base Train Station.

A roadside bomb exploded 20 meters in front of Filley&#8217;s up-armored Humvee. Filley radioed the rest of the convoy and told them to drive 100 meters past the explosion. Once away from the explosion, Filley got out of his vehicle and called for the Navy corpsman to make sure everybody was OK from the bomb explosion.

Redhead, who was driving the vehicle behind Filley, was providing security outside of his Humvee when the second roadside bomb detonated.

Shrapnel from the blast struck an interpreter in the shoulder and Filley in the left forearm. A shard from the bomb put two holes &#8212; each an inch long, an inch wide and half an inch deep &#8212; in Redhead&#8217;s left foot.

The corpsman patched up four wounded from the blast by the time other help arrived. Filley and Redhead made it to Balad Air Base and were medically evacuated to Landstuhl, where they arrived on Feb. 11.

Redhead said he was glad he was wearing all his protective gear at the time of the second blast. A piece of shrapnel hit his protective neck collar and bounced off.

Redhead said he is proud to be serving his country as a Marine. Last year during a deployment to Iraq, Redhead killed two insurgents, he said.

When asked if they had an opinion about how much attention Woodruff received during their stay at Landstuhl, Filley said he believes everyone at Landstuhl is treated the same.