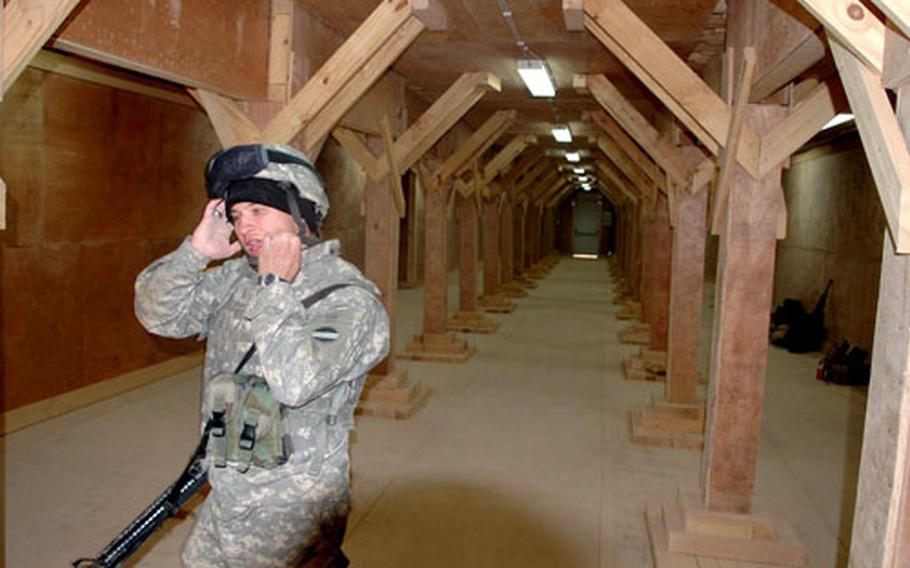 Second Lt. Jonathan Rushin, an officer with the 46th Engineer Battalion, adjusts his helmet as he walks inside the fortified dining facility at the recently constructed Combat Outpost South in western Iraq. (Monte Morin / S&S)

Second Lt. Jonathan Rushin, an officer with the 46th Engineer Battalion, adjusts his helmet as he walks inside the fortified dining facility at the recently constructed Combat Outpost South in western Iraq. (Monte Morin / S&S) 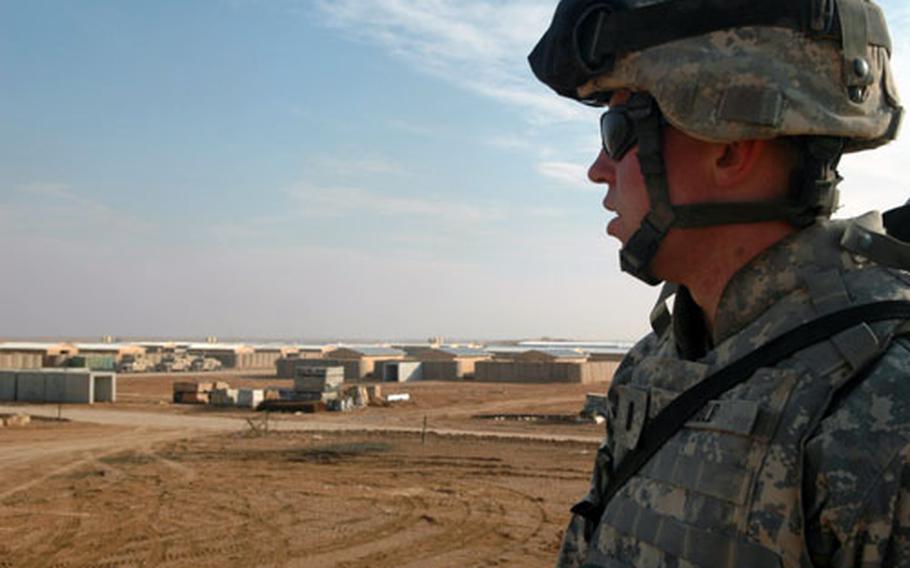 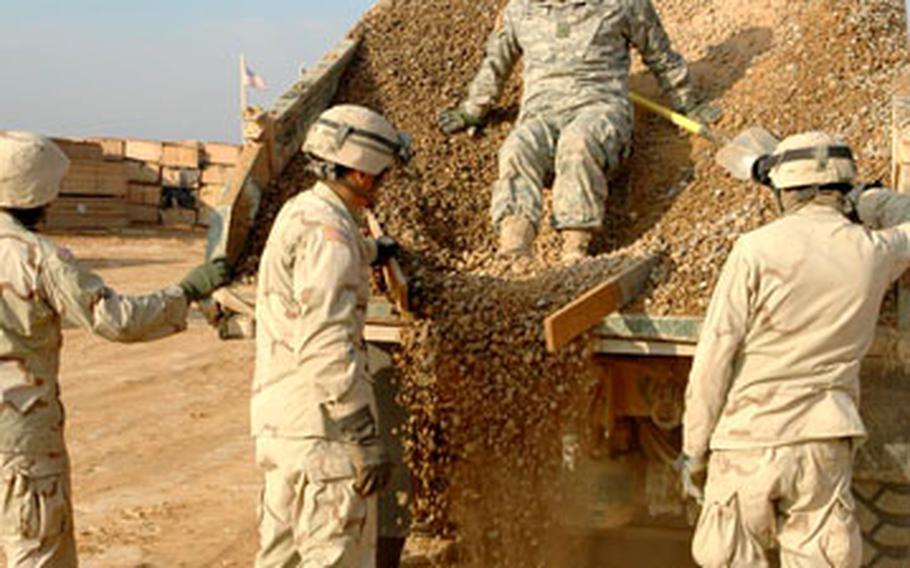 COMBAT OUTPOST SOUTH, Iraq &#8212; Right now it stands like a ghost town in the vast khaki expanse of western Iraq, but in the coming days this newly minted outpost could play a critical role in Iraq&#8217;s future security, U.S. military commanders said.

As Navy Seabees, U.S. Army engineers and Marines from the 2nd Marine Expeditionary Force put the finishing touches on a 1,000-person base camp just south of Qaim &#8212; near the Euphrates River corridor &#8212; military commanders said it was only a matter of days before Iraqi army and border patrol troops moved into the new facility. The handover, they said, would bring Iraq that much closer to full sovereignty and bring U.S. forces a notch closer to leaving Iraq.

&#8220;Every time we close a forward operating base, or open up a new Iraqi security force camp, that&#8217;s one step closer we are to being finished in Iraq,&#8221; said Maj. Daren Payne, operations officer for the Army&#8217;s 46th Engineer Battalion, which is attached to the 30th Naval Construction Regiment.

For the last several months, personnel from all three branches have shared living space in a corner of the camp&#8217;s grounds, enduring subfreezing temperatures and enjoying few creature comforts. Each morning, a bulldozer breaches an enormous earthen berm surrounding the Iraqi camp and Seabees and Army engineers clear the job site before settling down to work with skill saws, nail guns and cranes.

The camp is designed to last for at least two years, but it was unclear how long the Iraqis would inhabit it.

Engineers with the 30th Naval Construction Regiment designed the camp, and soldiers from the Fort Polk, La.-based 46th Engineer Battalion have assisted them. Marines have provided security.

Initially, Seabees and Marines slept on cots in defensive trenches, under the stars and endured bitter cold winds. Now, hot meals are served once every few days and personnel live mainly on prepackaged Meals, Ready to Eat rations. The camp&#8217;s morale tent consists of a large-screen television and a microwave. There are no telephone or Internet stations.

The main hurdle for engineers has been getting construction materials and equipment to the far-flung outpost. There have also been some problems with the quality of building materials.