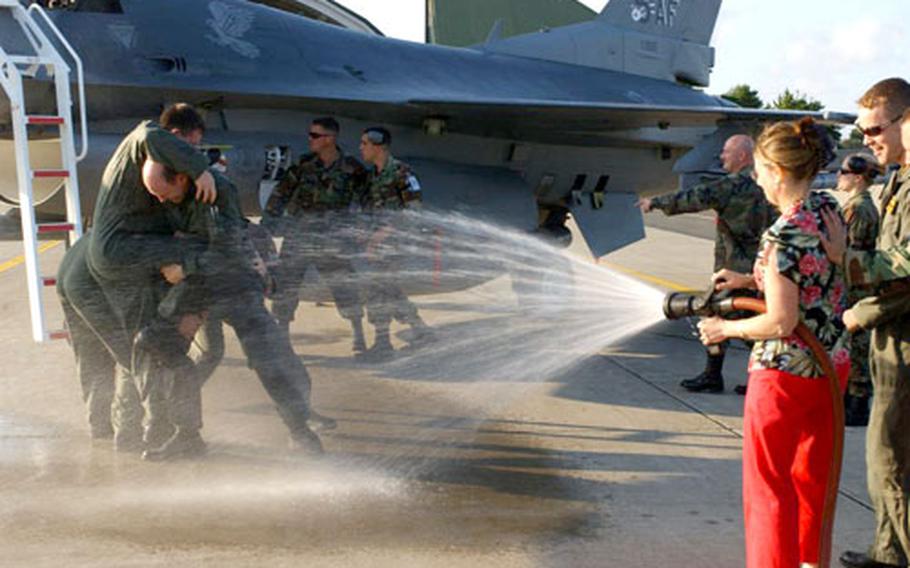 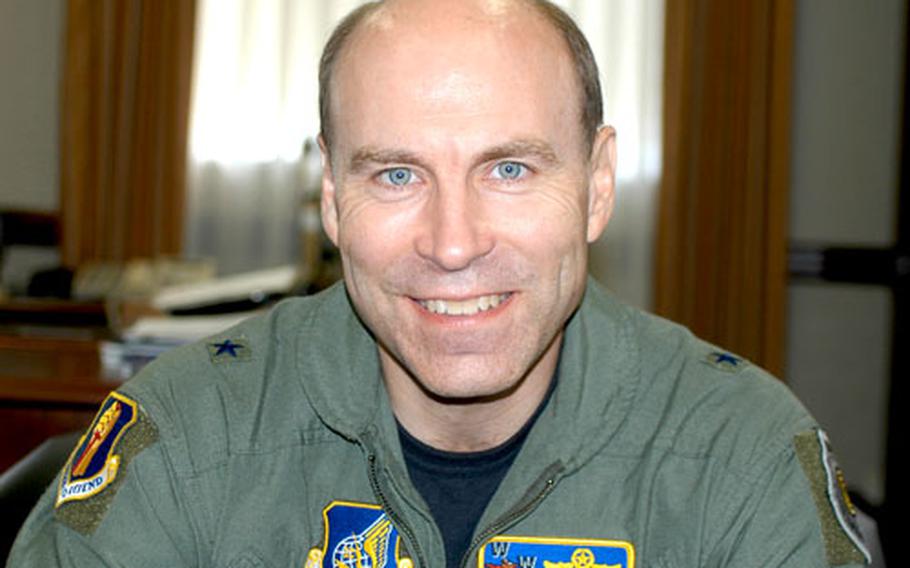 MISAWA AIR BASE, Japan &#8212; When Brig. Gen. Bill Rew assumed command of the 35th Fighter Wing in April 2004, he aimed to improve three areas: combat readiness, community relations and quality of life. The task before him was immense, with many potential obstacles in the way.

On the operations side, the wing was overhauling its 40 F-16CJs as part of the Common Configuration Implementation Program, or CCIP, the most extensive upgrades to the F-16 since 1979.

And there was the delicate balancing act of maintaining base services and force protection for more than 10,000 servicemembers, civilians and dependents while routinely deploying airmen in support of operations in Iraq and Afghanistan.

With his office at wing headquarters down to bare bones two days before he passed the torch to Brig. Gen. (select) Salvatore &#8220;Sam&#8221; Angelella on Friday, Rew said he believes that Misawa airmen are more combat-ready than they were 16 months ago.

At the start of his command, Rew examined whether each group&#8217;s training procedures matched his understanding of the group&#8217;s airmen would be asked to do in combat, &#8220;and we made some adjustments,&#8221; he said.

The 35th Security Forces Squadron was one organization that benefited. &#8220;We put money into a training system that is sort of like paintball except it uses security forces&#8217; equipment&#8221; in urban warfare training scenarios, Rew said.

Pilot training could have suffered during the upgrades, Rew said, as the wing had fewer F-16s to train in at Misawa with jets back in the States for CCIP work. &#8220;That was a huge challenge, and the maintenance group responded magnificently and generated a much higher utilization rate of the airplanes than is normal,&#8221; he said.

While Rew wanted to ensure that pilots were trained on the F-16&#8217;s enhanced combat capabilities after CCIP, he continued to stress basic flying skills, and during his tenure, the wing did not lose a single jet in a crash.

Rew credits former wing commander Brig. Gen. Dana Atkins for recent quality-of-life projects such as the Weasel&#8217;s Den and Los Guerreros Mexican restaurant. &#8220;We have a great quality of life here at Misawa,&#8221; Rew said, &#8220;and it&#8217;s not just because we have pretty buildings &#8230; I think it&#8217;s the attitude of the people that work here, their spirit of innovation and dedication, of using what&#8217;s been given by the Japanese and the Air Force and the Navy to the maximum extent possible.&#8221;

Rew said he&#8217;s also pleased by the current relationship the base holds with Misawa city.

&#8220;I feel very happy and proud of what we, the military members at Misawa, what we&#8217;ve done with the local community in expressing Mayor (Shigeyoshi) Suzuki&#8217;s policy of co-existence and co-prosperity.&#8221;

Early into his command, Rew cracked down on drunken driving and speeding, enforcing tougher penalties to include loss of driving privileges. Since then, he said, there have been no serious wrecks of the nature seen last summer. As for incidents of driving under the influence of alcohol, Rew stands by his approach of meeting with offenders and their supervisors the next duty day in service dress for a serious heart-to-heart. He also continues to push the &#8220;wingmen&#8221; concept of having a buddy who supports and watches your back.

Rew said he was surprised to get the call so soon for his next job. In more than 26 years in the Air Force, Rew said Misawa has been his family&#8217;s most special assignment and they&#8217;d hoped to stay longer. But he said he&#8217;s looking forward to commanding the 57th Wing at Nellis Air Force Base, Nev.