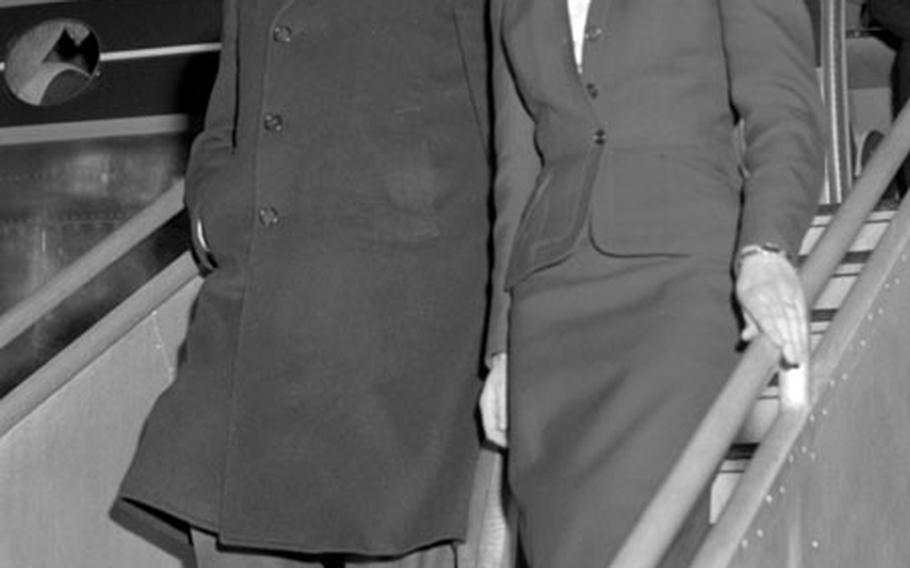 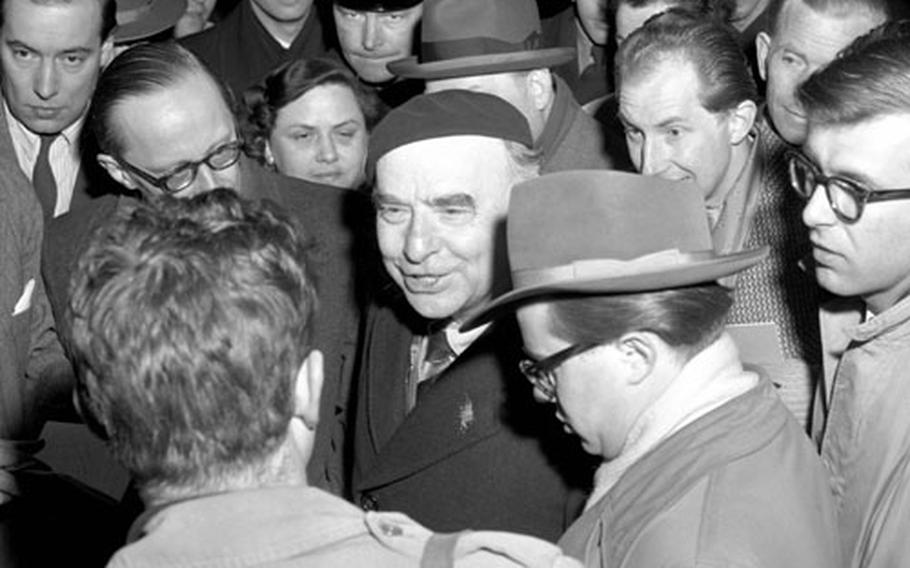 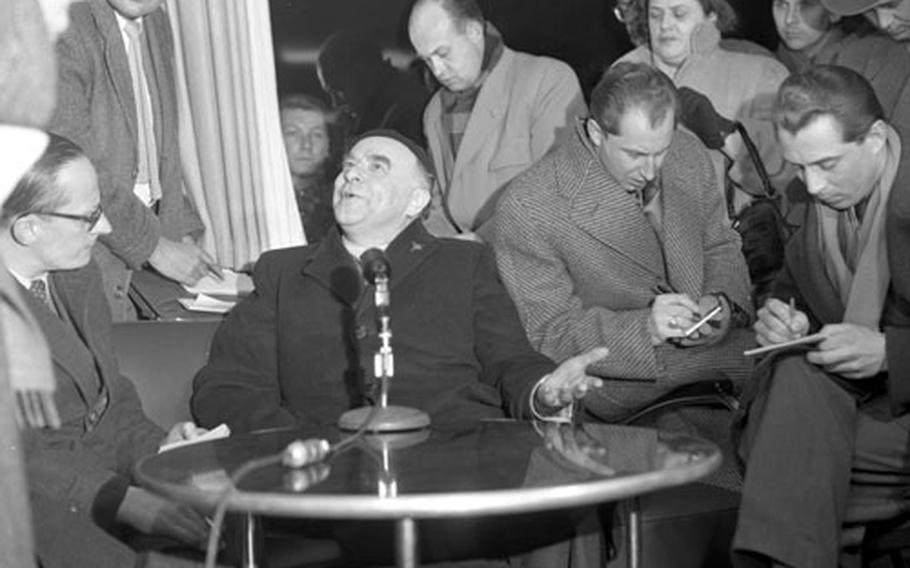 FRANKFURT, March 18 &mdash; Otto Strasser, Adolf Hitler's onetime close collaborator who fled the regime he helped create, arrived in Germany tonight for the first time since his flight in 1933.

After stepping off an Air France plane from Paris, he immediately called for the reunification of Germany and the neutrality of West Germany, and attacked the Adenauer government.

Clad in a black beret and black coat, Strasser was jaunty. He talked freely to more than 50 members of the press and radio.

Strasser broke with Hitler in 1933 and was forced to flee. His younger brother Gregor, with whom he organized the "Black Front" in Germany after breaking with the Nazis, was killed by Hitler's followers in 1934.

Strasser announced that he will attempt to reunify Germany under an economic system of co-ownership, with the state, employers, and workers participating equally. Taxes would be eliminated under the system, he said.

Strasser was met by Wilhelm Meyer, chairman of the Hessian Bund fur Deutschlands Erneuerung (League for New Germany). Strasser will operate through the bund.

For the past 14 years Strasser has been living in Paradise, Nova Scotia, a farming community.

After the war, he launched a vigorous campaign to win back his German citizenship so he could return and re-enter politics.

His German citizenship was restored four months ago by the West German Supreme Court. He later was granted a German passport.

The government's long objections to his return were based on fears he would revive a form of naziism.

Strasser's wife Gertrud, 49, and two children, Hannelore, 23, a schoolteacher and Swiss citizen, and Gregor, 20, a student, have been living in Herrliberg, a suburb of Zurich, since 1935.

Strasser said he will travel throughout West Germany for five months, meeting as many friends and foes as possible. Then, he said, he will announce future plans.

However, he did say he had his political platform "in my pocket."

In answer to a question, he said that racial problems were included in his program.

He said he would leave for Munich tomorrow. Then, laughing, he said, "However, one city I definitely won't live in is Munich."

Munich, the birthplace, of naziism, was where Strasser did a great deal of party work.

He will visit his sister at Uelzen in Lower Saxony,

Strasser said he felt that Switzerland, Sweden and a neutral reunified Germany should form a neutral bloc. He said he would oppose reunification until all foreign troops leave East and West Germany.

"West Germany is an American colony and East Germany a Russian colony," he said.

Strasser came from Dublin to Paris today. He was there, he said, to see Britons he was prevented from meeting when England barred him from entering the British Isles.

One of the persons he met, he said, was A. K. Chesterton, head of the English League of Empire Loyalists.