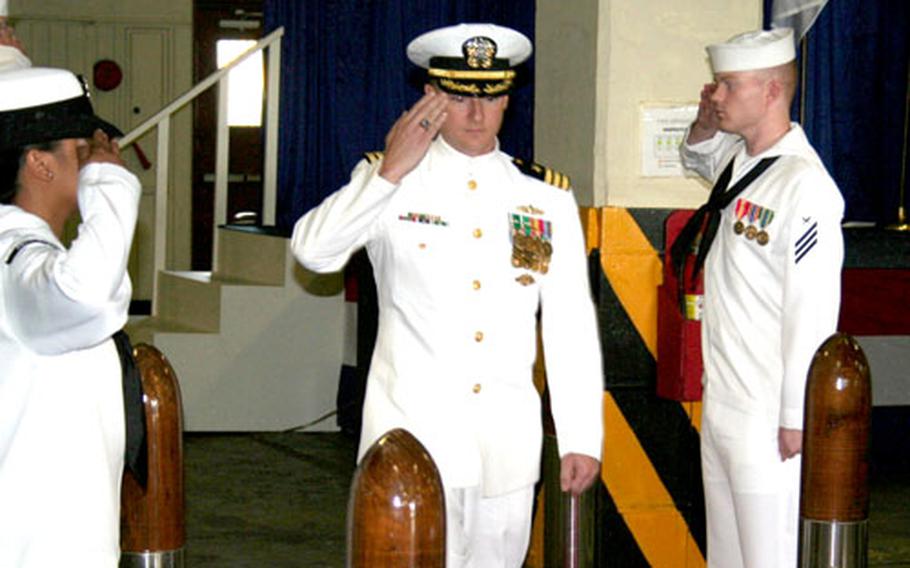 Navy Cmdr. Ron Oswald assumed command of the Military Sealift Command Office, Korea, during a ceremony Friday in Busan, according to a Navy news release.

Oswald previously was on the staff of the Chief of Naval Operations in Washington. He&#8217;s a graduate of the Massachusetts Maritime Academy and has served on the USS Lynde McCormack, Jouette, Deyo, Elliot and Mobile Bay. He also served as chief staff officer for the command&#8217;s Maritime Prepositioning Ship Squadron 3, in Guam and Saipan.

The command has been on Pier Eight in Busan since 1954. It supports government-owned and -contracted ships, delivering combat equipment, fuel and various supplies to support United Nations and U.S. forces in South Korea.