Ospreys to arrive at Yokota this week, 2 years ahead of schedule 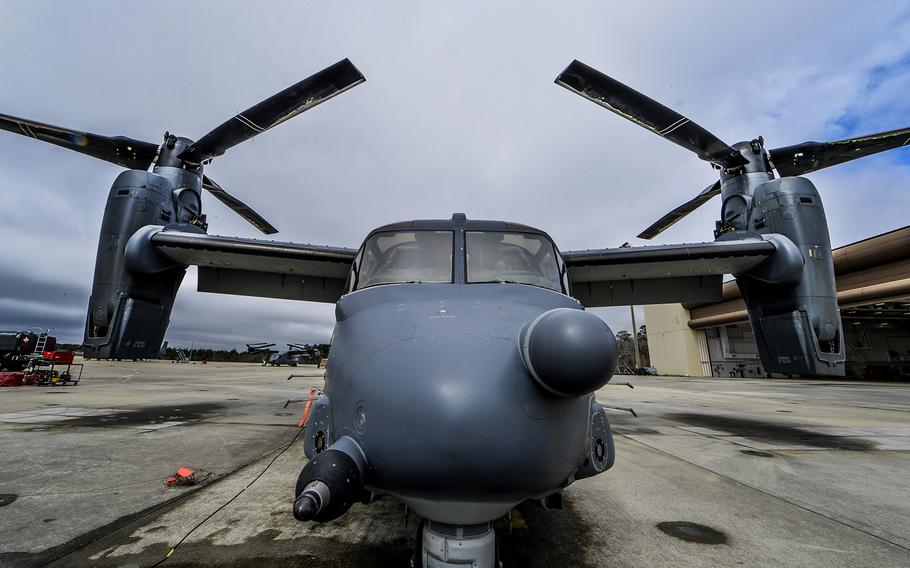 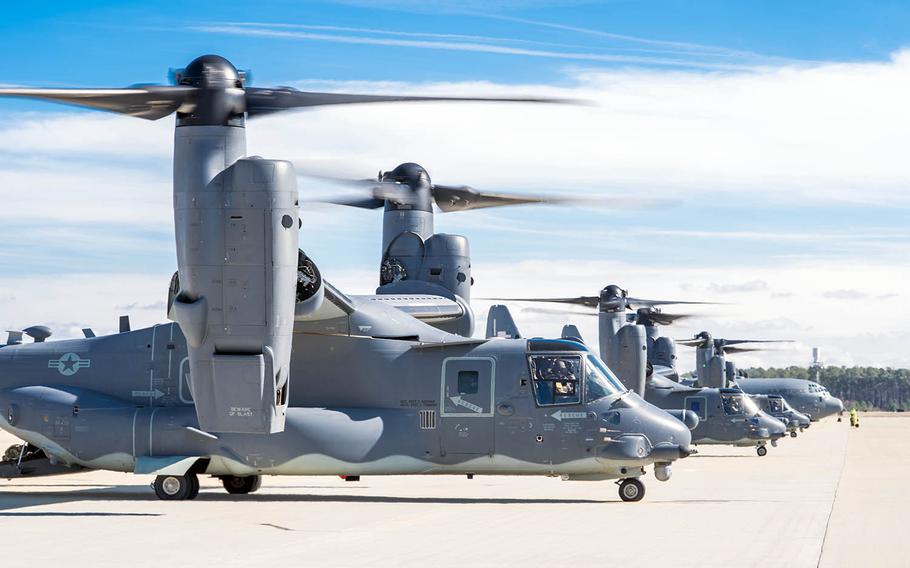 YOKOTA AIR BASE, Japan — The Air Force has accelerated a plan to base CV-22 Ospreys in western Tokyo by announcing that the tiltrotor aircraft would arrive this week at the home of U.S. Forces Japan.

A Special Operations squadron of 10 Ospreys was due at Yokota in 2020; however, that schedule has been adjusted and five aircraft will be there later this week, the Air Force said in a statement Tuesday.

The arrival of the Ospreys — capable of taking off like helicopters, then tilting their rotors to fly long distances as fixed-wing aircraft — “addresses regional security concerns in line with the recently released 2018 National Defense Strategy and also provides a platform that can rapidly react to natural disasters or crises,” the statement said.

The Ospreys will remain at Yokota for a short time before leaving to train around the region over the next few months, the Air Force said.

“When they return from the training, they will continue to operate from Yokota,” the statement added.

More personnel will arrive at the base over the next several months to support aircraft training operations in the region, the statement said.

The original plan for basing the Ospreys at Yokota would have added about 1,100 people to a population of 11,500.

However, the squadron will initially bring only about 100 people, with that number growing as additional aircraft are deployed, said Kaori Matsukasa, a spokeswoman for Yokota’s 374th Airlift Wing.

“Some additional personnel will be assigned to the 374th Airlift Wing to support the unit,” she said. “The total number of personnel added to Yokota Air Base over the next few years is expected to be around 450.

Interim facilities to support the Ospreys were completed at the end of fiscal year 2017 and construction of other facilities for the aircraft should start on time, she said.

Some people living in communities near Yokota oppose basing the Ospreys there, and have held a number of protests to make their concerns known.

The Air Force statement described the Osprey as “a highly advanced aircraft with unique capabilities and an excellent operational safety record.”

“It brings unparalleled special operations capabilities to the region as part of the United States’ commitment to Japan’s defense,” the statement added.