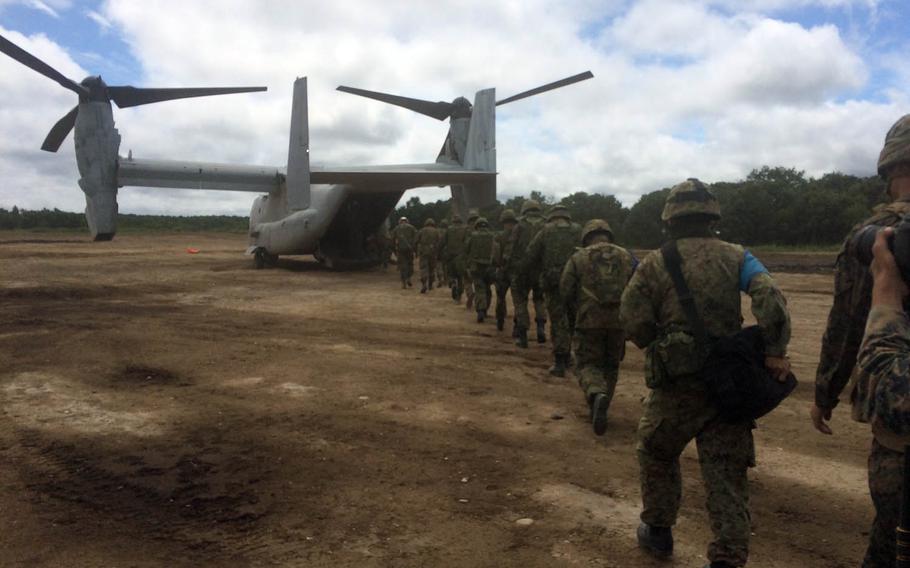 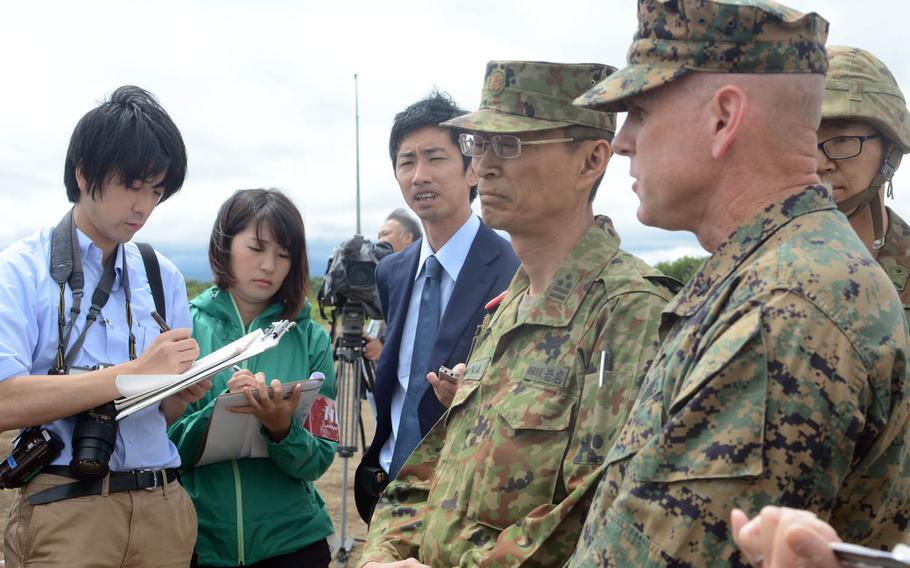 HOKKAIDO, Japan — A Marine Corps MV-22 Osprey tilt-rotor aircraft flew over Japan’s northern Island of Hokkaido for the first time on Friday as part of an exercise involving the Japan Ground Self-Defense Force.

Six Ospreys are participating in the inaugural Northern Viper, a joint live-fire exercise running through Aug. 28 that aims to get Marines and Japanese troops working together in unfamiliar environments.

The aircraft are part of the 1st Marine Aircraft Wing, which is conducting live-fire drills alongside Japan’s 11th Brigade during the three-week exercise.

The Marines decided to move forward with their plan to involve Ospreys in the drills despite requests from Japanese officials to ground the controversial helicopter-plane hybrid in the wake of a deadly crash this month off Australia’s eastern coast.

“I flew in on an MV-22 this morning and I intend to fly back on an MV-22 to Misawa this afternoon,” Harp said. “When it comes to operations with any of our aircraft we take safety very seriously. I wouldn’t put myself or my men or our allies on an aircraft over citizens where I thought there was a risk.”

The Osprey is a capable platform that has proven itself throughout the world and continues to do so, Harp said.

“It has operated in very tough conditions and continues to excel and be a very viable platform for the Marine Air-Ground Task Force,” he said.

The aircraft, which can hover like a helicopter or tilt its rotors to fly like a plane, has a range of more than 1,200 miles. That range is important in the Pacific where the Marines might have to cover vast distances responding to a humanitarian crisis or contingency, Harp said.

“I look forward to showing you the unique capabilities of this aircraft over the course of the next week,” he said.

Harp and Iwana boarded the MV-22 for a flight over the training area. After they landed, the Osprey made several more flights to give dozens of Japanese troops a chance to experience flight in the aircraft.