Osprey involved in fatal crash off Australia has been recovered 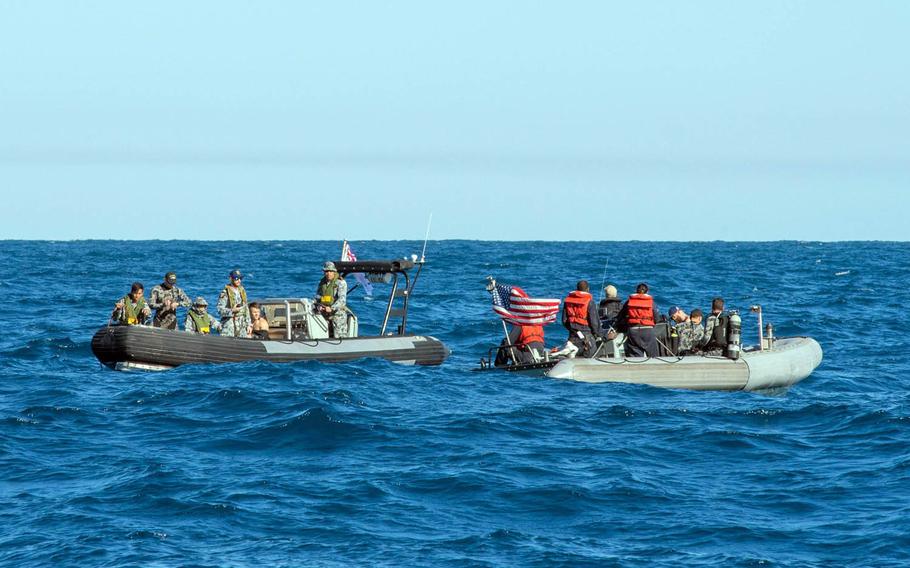 CAMP FOSTER, Okinawa — An MV-22 Osprey that crashed off Australia’s eastern coast in early August has been recovered and will soon be analyzed as part of an ongoing investigation into the incident that killed three Marines, Marine Corps officials said this week.

The aircraft was recovered in about 165 feet of water approximately 18 miles off the coast of Queensland by the USNS Salvor and Mobile Diving and Salvage Unit One, with the assistance of the MMA Pinnacle Offshore Supply Ship, the statement said. The Osprey is in Townsville, Queensland, where it is being prepared to be taken to Hawaii for analysis.

Marine officials in Okinawa were unclear Wednesday about exactly when the tilt-rotor aircraft was pulled from the sea; however, Australian media outlets reported it happened earlier this week.

The crash that took the lives of Capt. Benjamin Cross, Cpl. Nathaniel Ordway and Lance Cpl. Ruben Velasco happened just after 4 p.m. Aug. 5 when the helicopter-plane hybrid from Marine Medium Tiltrotor Squadron 265 left the deck of the amphibious-assault ship USS Bonhomme Richard and attempted to land on the amphibious-transport dock USS Green Bay. The ships had been operating off the Australian coast as a part of the massive bilateral training exercise Talisman Saber 2017, which wrapped up at the end of July.

The Osprey reportedly crashed into the Green Bay’s deck and slid into the sea, trapping the Marines inside. Twenty-three others were rescued.

The aircraft was found the day after the crash by the Australian navy ship HMAS Melville. The Marine Corps announced Aug. 25 that the Marines’ bodies had been recovered.