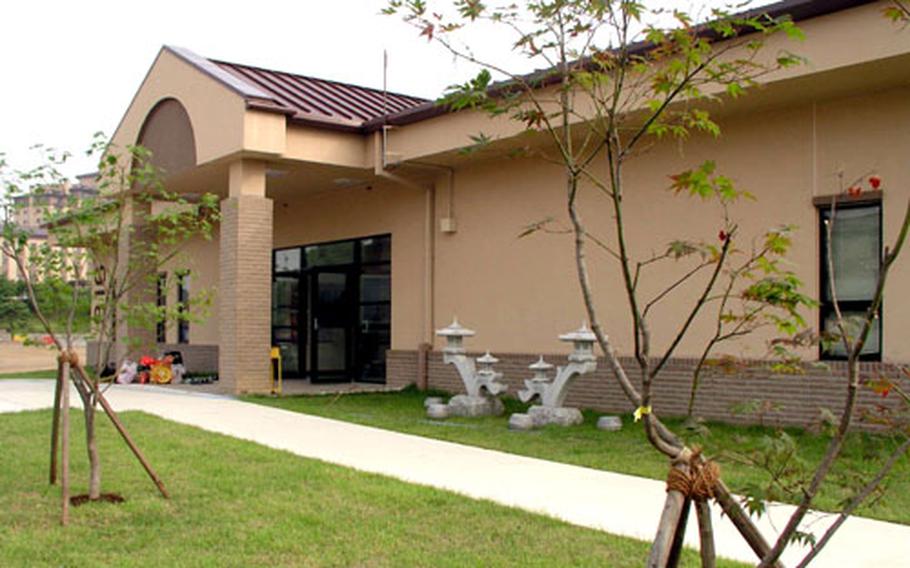 Among its numerous amenities is a room of 12 individual computer stations, each with Internet access and a webcam, said Eve Robinson, Osan&#8217;s community center director.

There&#8217;s a large computer training classroom with 12 training computers. The center will offer classes on how to use software such as Microsoft Word, Excel and Access, she said.

In addition, base officials said, the center will have a drive-up area where taxis can drop off or pick up passengers without blocking traffic on busy Songtan Boulevard, which the new building faces.

Officials have named the building the McPherson Community Center, in honor of the late Maggie McPherson, who was Osan&#8217;s community center director for 23 years, Robinson said.

"She basically dedicated half her life to serving the men and women of the armed forces, not just here," she said. "She was stationed at other places. She was here for 23 years."

The new center will replace the base&#8217;s older community center of the same name, at Building 345.

Robinson said the center will play a key role in the base community&#8217;s life.

"It&#8217;s a community hub for the base," she said. "It&#8217;s where our airmen can come and relax and enjoy watching television, keeping in touch with their friends and family, recreating in the game room, relaxing a little bit.

"This is for our airmen and our families &#8230; any servicemember stationed here at Osan or on the Korean peninsula."

A ceremony to mark its grand opening is set for 3:30 p.m. on Wednesday, with the center opening to the public at 4 p.m.