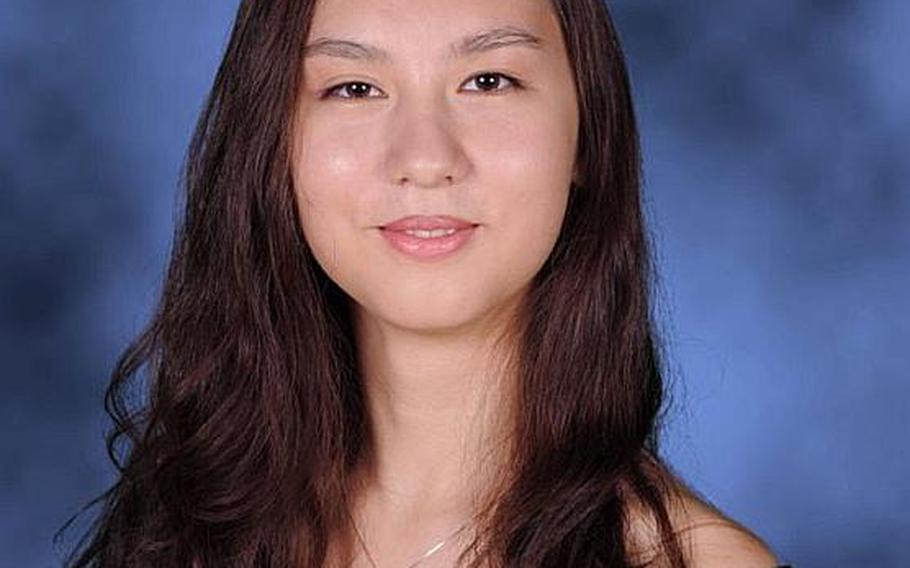 Cathleen E. Nalezyty of Osan American High School, South Korea, has won a $2,500 scholarship from the National Merit Scholarship Corporation, according to a Department of Defense Education Activity news release.

Nalezyty, was one of seven DODEA students worldwide to be selected as a semifinalist for the scholarship in September, after taking the 2010 Preliminary Scholastic Aptitude Test/National Merit Scholarship Qualifying Test. Some 1.5 million students in 22,000 high schools across the States took part.

Nalezyty was selected for the scholarship based on an essay and information she provided about her extracurricular activities, awards, and leadership positions. She was also required to have an outstanding academic record, be endorsed and recommended by a high school official, and earn SAT scores that confirmed her qualifying test performance.

&ldquo;Cathleen is an outstanding student who shines both in the classroom as well as in the many extracurricular activities she is involved with,&rdquo; said Tim Erickson, Osan principal.

Nalezyty participates in a number of extracurricular groups including the Cyber Patriot team (a cyber security competition). She is also the president of the National Honor Society, secretary of the Spanish National Honor society and a three-year member of the Harvard Model Congress.

&ldquo;Cathleen is an intellectually articulate student with a great work ethic. She is a true academic,&rdquo; said Joseph Silbaugh, a Harvard Model Congress sponsor.

Nalezyty will attend the Massachusetts Institute of Technology in the fall with a career focusing on computer science and information systems.

The other DODEA semifinalists were: