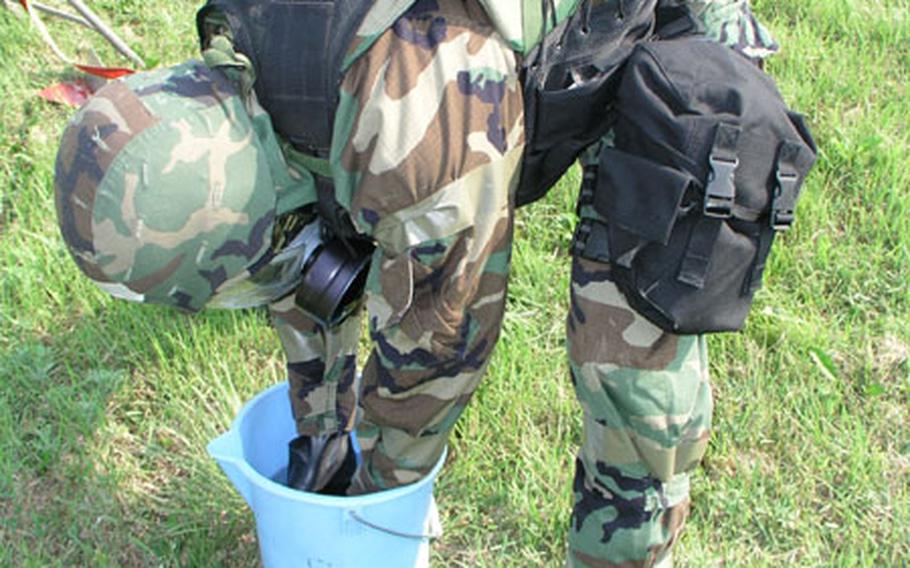 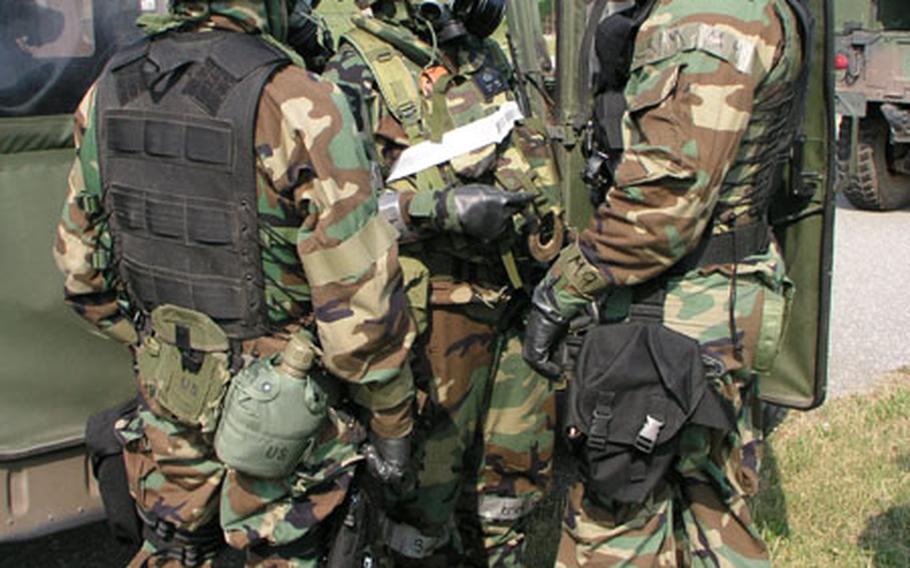 Explosive ordnance disposal troops of the 51st Fighter Wing at Osan Air Base, South Korea, confer behind a vehicle Wednesday on how to best handle removal of two mock enemy chemical devices lying in grass near a taxiway. (Franklin Fisher / S&S) 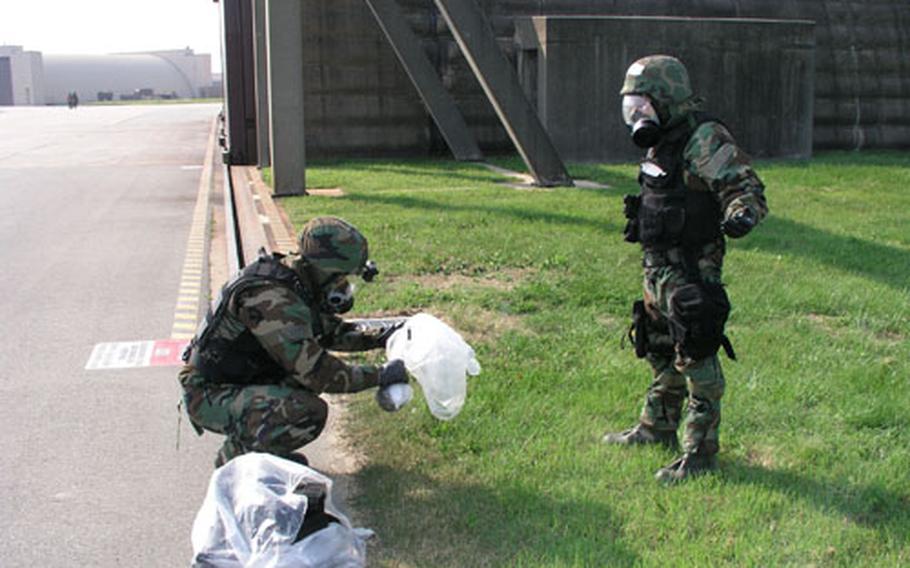 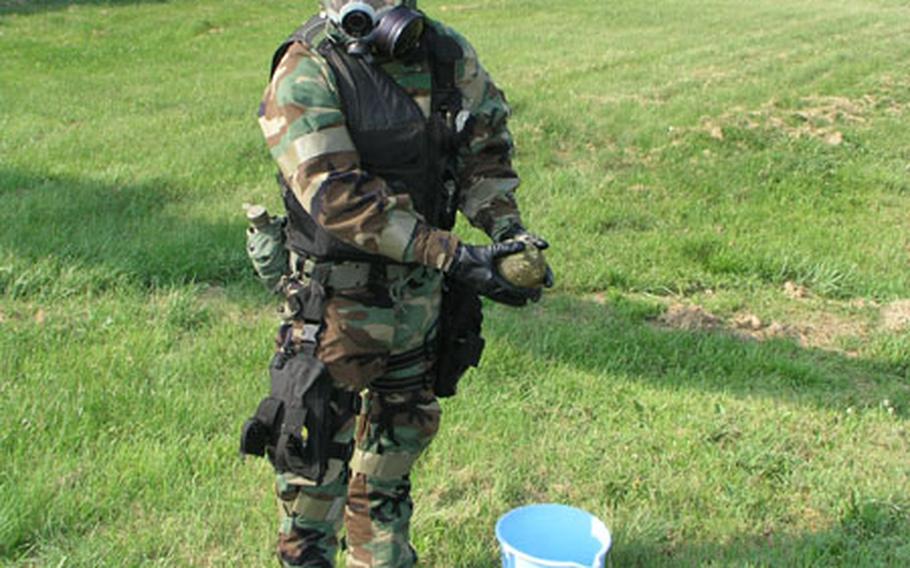 OSAN AIR BASE &#8212; At any moment his people would pull up in their bomb disposal trucks and Master Sgt. Steven Temme would get to see what they&#8217;d do with the mock chemical weapons lying in the grass nearby.

Temme, chief of the 51st Civil Engineer Squadron&#8217;s Explosive Ordnance Disposal Flight, and his troops were taking part in a U.S. Air Force combat readiness exercise here, and at other points around South Korea, this week.

&#8220;They&#8217;re gonna be working hands-on with a chemical munition and I&#8217;ve got to see if they know how to deal with it without getting contaminated themselves,&#8221; Temme said shortly before they pulled up.

Step one was to carefully, systematically, get a fix on what type of dangerous device they might be dealing with.

For the scenario, two-round, coconut-sized steel balls lay about 15 yards apart in a grassy area beside a concrete taxiway.

They were training aids simulating Soviet-made chemical bomblets that disperse in a cluster over a target area, Temme said.

An airman playing one of those who found the devices briefed the team on what they looked like and where they were.

A team member then photographed the steel balls while others conferred on what they might be and how best to deal with them.

With a plan worked out, they brought decontamination kits, blue plastic buckets and other gear to within a few yards of the devices.

Then one airman, with slow, deliberate movements, lifted the steel ball into a blue plastic bucket of water.

Moments later, he and another airman got it into a plastic bag, sealed it, and got ready to deal with the second device.

Temme wanted them to follow safe procedures but also to keep up the pace, reminding them in a real-world situation, getting the taxiway reopened would have a &#8220;high priority.&#8221;

Temme continued observing. Satisfied they&#8217;d shown proper grasp of the right methods, he gave the word to wrap up.