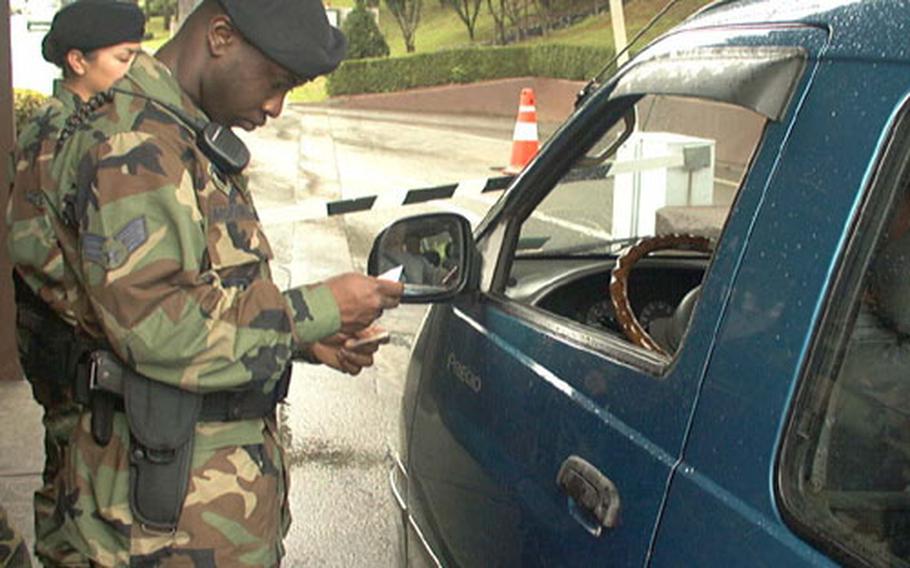 OSAN AIR BASE, South Korea &#8212; Base officials are cautioning airmen to closely safeguard their military identification cards, noting that 264 were reported lost from June through August.

Of the 264 lost cards, 196 belonged to active-duty personnel, 34 to civilian employees, 29 to dependents and five to military retirees, said 1st Lt. Tom Montgomery, a base spokesman. Figures for the previous quarter were not immediately available.

Added Montgomery, &#8220;Checking people onto base involves checking the ID card. &#8230; There&#8217;s always the threat that somebody could manipulate or utilize a lost card, so we definitely try to safeguard those.&#8221;

Officials said they had no immediate information on black-market prices for stolen military IDs.

Those losing an ID card should report it immediately to base security forces and supervisors, Montgomery said.

&#8220;Our main concern is that the old card is immediately canceled and the new card can be issued,&#8221; he said, and that &#8220;we maintain the integrity of force protection and the anti-terrorism stance of the base.&#8221;