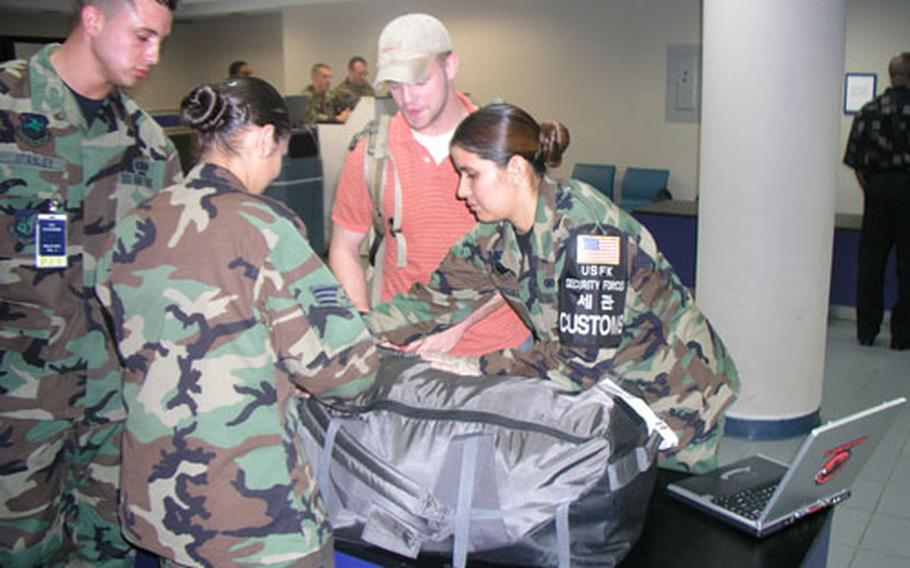 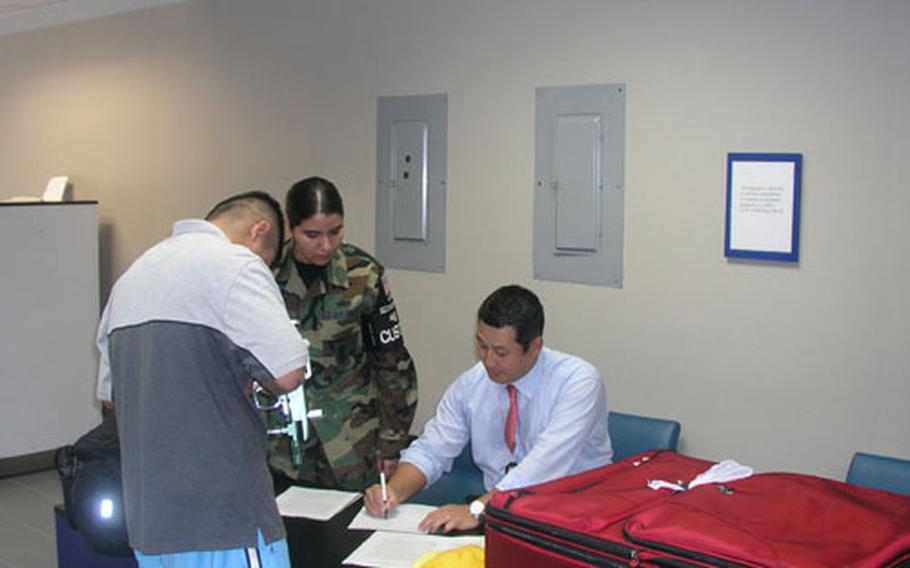 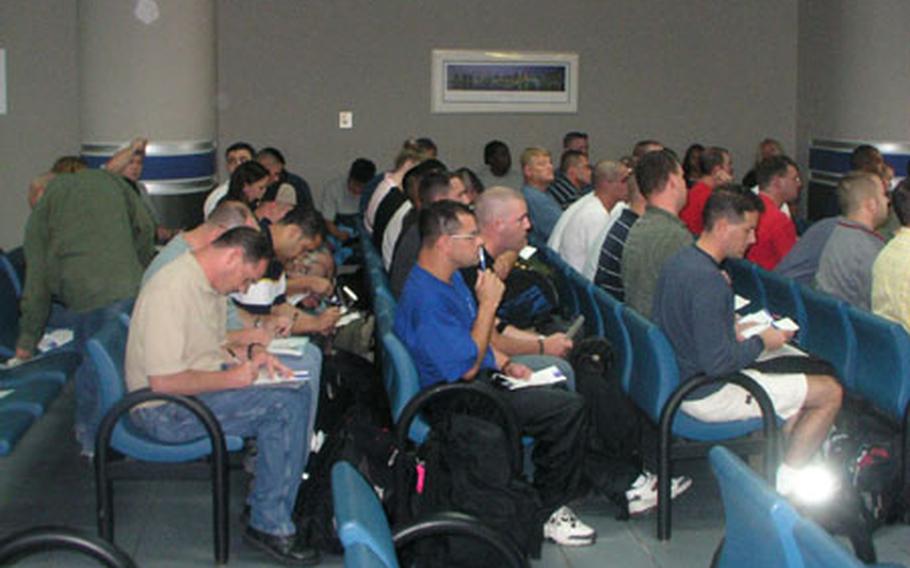 Seats inside passenger terminal at Osan Air Base, South Korea, are laid out with immigration card and customs declaration forms Thursday, to be filled out by passengers who&#39;ve just arrived on a jetliner, most to begin their Korea assignments. Passengers must note whether they have any of the types of items listed on the form. (Franklin Fisher / S&S) 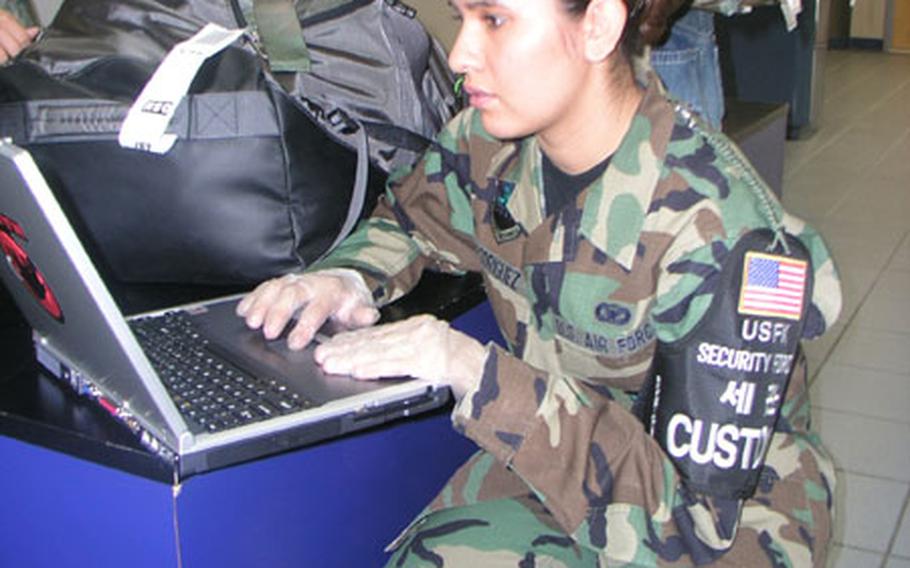 OSAN AIR BASE, South Korea &#8212; It was a warm and sunny Thursday morning when the big white jetliner rolled to a stop on the flight line and the airmen from the passenger terminal stepped out for a quick look.

They knew that within minutes, the 235 passengers would be seated inside the air-conditioned, blue-tiled terminal, and then it would be the airmen&#8217;s job as customs inspectors to take it from there.

The plane was the twice-weekly Patriot Express. Most aboard were arriving to start a new South Korea assignment; a few were returning from leave. Among them were some military spouses and small children.

The customs team, camouflage-clad airmen with black armbands that said &#8220;Customs,&#8221; would give a ten-minute briefing on what items are forbidden in South Korea, then tell the passengers about curfew hours for U.S. military personnel. Waiting on each seat was an immigration arrival card and United States Forces Korea Customs Declaration Form 96, 1 May 97.

&#8220;Anybody putting false information on this document will be prosecuted,&#8221; Chomina told them. &#8220;If you have any of these items you need to be as honest as possible.

If passengers have an illegal item &#8212; child pornography, say, or drugs, they&#8217;re detained and turned over to Air Force police. But if it&#8217;s outlawed in South Korea but not in the United States &#8212; adult pornography, for instance &#8212; authorities will confiscate it but the passenger faces no further action.

But having illegal items can trigger severe consequences. For instance, a court-martial here late last month ended the career of an airman who pleaded guilty to downloading child pornography. A military judge sentenced Senior Airman Chad A. Hackfort to reduction to the lowest pay grade, nine months in jail and a bad conduct discharge from the Air Force. Under a pretrial agreement, Hackfort is to serve seven months in jail.

On Thursday, customs airmen, including Chomina, checked a number of laptops.

But the morning ended uneventfully for the passengers, including the one whose laptop Chomina checked.