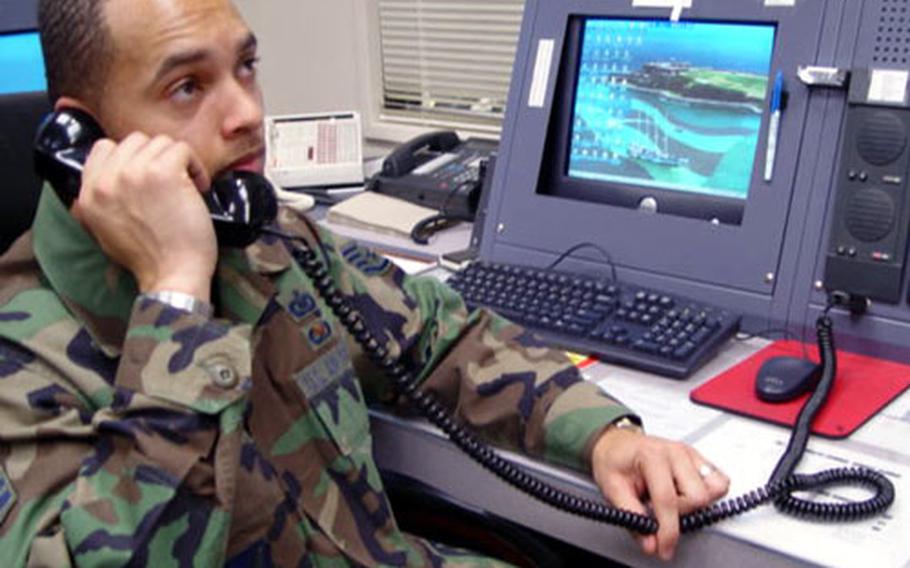 It would be the first real-world test of his $13 million command center.

Representatives from the fire department, civil engineering, medical and public affairs raced to the hillside perch where the new command center sits.

&#8220;During the fire, it allowed us to save time in notification,&#8221; said Master Sgt. Thomas Swepson, superintendent of the 7th Air Force/51st Fighter Wing Command Center.

&#8220;One of the things we do for the command is make sure part of the command and control is able to reach out and notify and contact people and personnel.&#8221;

The command center, with its new $800,000 Siemens communication system, allowed different base units to maintain constant contact during the crisis, Swepson said.

Now, they have a home during a crisis, she said.

They have touch screen dialers allowing them to call across base to Pacific Air Force headquarters, to the National Military Command Center, and up to the White House, Swepson said.

The facility can hold about 30 percent more people than the old building, and it&#8217;s equipped with an overpressure system to keep air safe from biological or chemical attacks.

&#8220;The bottom line is &#8230; it allows us to enhance the timeliness [of communication] quicker, more efficiently and more flexible,&#8221; Swepson said.