Osan Air Base gives all clear after suspicious package scare 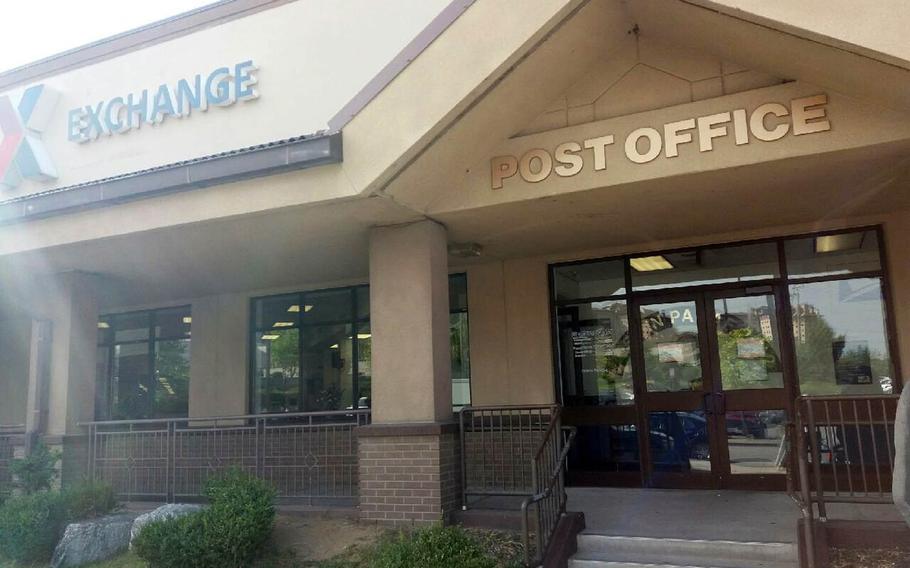 A suspicious package prompted officials at Osan Air Base, South Korea, to evacuate the post office and nearby buildings for more than an hour on Friday, Sept. 29, 2017. (Marcus Fichtl/Stars and Stripes)

OSAN AIR BASE, South Korea — A suspicious package prompted Osan officials to evacuate the post office and nearby buildings for more than an hour on Friday, but it turned out to be a false alarm.

The post office is in the same complex as the exchange and several fast-food restaurants and stalls on the sprawling base about 30 miles south of Seoul.

She said they found a box with a white powdery substance on the outside, prompting the evacuation.

“Explosive ordnance experts here checked the package and declared it safe,” Tyler told Stars and Stripes. “At about 11:30 a.m., the suspicious package emergency was terminated and normal operations resumed.”

The scare comes two years after the Air Force inadvertently shipped anthrax to Osan, exposing 22 airmen. The event is still fresh in the minds of the local South Korean population, which routinely protests over fears of another accidental anthrax shipment.