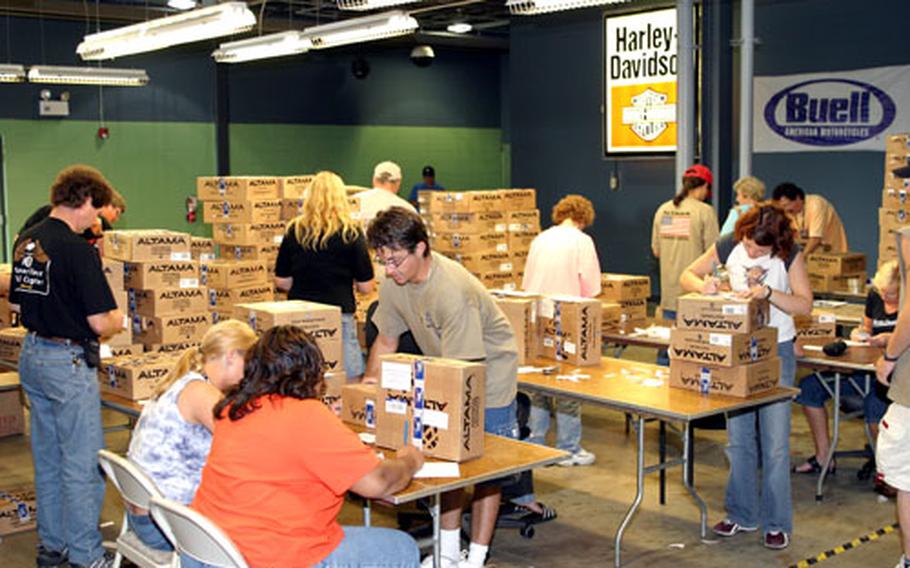 The nonprofit group, founded by Delaware resident Frankie Mayo after her Army son, Cpl. Chris Tomlinson, complained about the intense heat at his Iraq base, has spent the last two summers shipping more than 10,000 air conditioners to units serving in the Middle East.

Mayo and her family have raised more than $2.3 million in the last two years to buy and send supplies to Iraq. In addition, Mayo&#8217;s 12-year-old daughter, Olivia, has begun sending handmade Christmas cards to the troops with the other supplies.

Shipping for the holiday items began in early October, and many troops have already e-mailed her to let her know their bases are beginning to look a lot like Christmas.

First Sgt. Rich Woodring, of the 630th Military Police Company currently serving in Baghdad, said his unit has received 11 decorated trees they have spread throughout their camp, and it has boosted everyone&#8217;s morale.

&#8220;Her efforts have definitely helped make our quality of life much better,&#8221; he told Stars and Stripes via e-mail.

Lt. Col. Myles M. Miyamasu, with the Army&#8217;s 1st Battalion, 5th Cavalry, stationed in Fallujah, said often the connection with friendly faces back home is just as important as the gifts the soldiers receive.

For her part, Mayo said she is happy to be able to offer comfort and encouragement to the soldiers serving far from home.

The U.S. Postal Service has set Dec. 11 as the shipping deadline for care packages and other gifts destined for overseas military bases, but Operation Air Conditioner will continue sending donations and gifts to soldiers into the new year.

For more information, go to: www.operationac.com.