Opiate addiction's 'heartbreaking toll' on veterans is focus of discussions 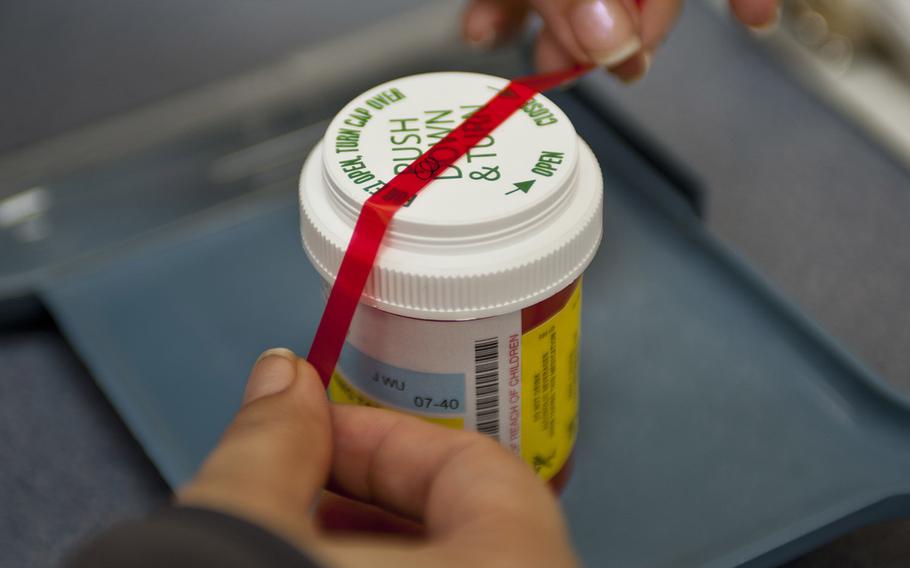 WASHINGTON -- Veterans will be a focus of discussions this week about the opiate addiction epidemic in the United States, which has led to the deaths of tens of thousands in recent years.

“This epidemic we are in the grips of is taking a heartbreaking toll on too many Americans and their families,” Attorney General Loretta Lynch said during a telephone conference. “We have to have a concerted effort to deal with this.”

According to a White House news release, funding for veteran treatment courts will be announced at the forum. Details of the funding were not provided Monday.

“That’s an important event on how we can help our veterans, who have unique needs because of their service and their injuries, both visible and not,” Botticelli said.

Veteran treatment courts aim to divert veterans with substance abuse issues away from incarceration. Veterans going through the system report regularly to the treatment court, while attending treatment sessions and undergoing frequent drug and alcohol testing. These types of courts are available in jurisdictions across the United States, but they don’t exist in every state.

Veterans have been part of the discussion about opioid abuse for the last few years, after allegations the VA was over-prescribing powerful painkillers.

Last year, Congress passed regulations requiring the VA to discourage its doctors from prescribing opioids for chronic pain and to better track prescriptions. The move came after Marine Corps veteran Jason Simcakoski died of a toxic reaction to multiple medications, including opioids, at the Tomah VA Medical Center in Wisconsin. The hospital was dubbed by some veterans as “Candy Land” for its prescription of narcotic painkillers.

The VA had already undertaken an Opioid Safety Initiative in 2013 in an attempt to limit prescriptions.

According to the national Centers for Disease Control and Prevention, a record 28,000 people died of opiate overdose in 2014. The National Institute on Drug Abuse has reported 11 percent of military servicemembers admitted in 2008 to misusing prescription drugs, most of them opioids.

An addition to the Tricare system will expand treatment coverage of opioid addiction, according to the Obama administration announcement Monday. The change goes into effect in October.