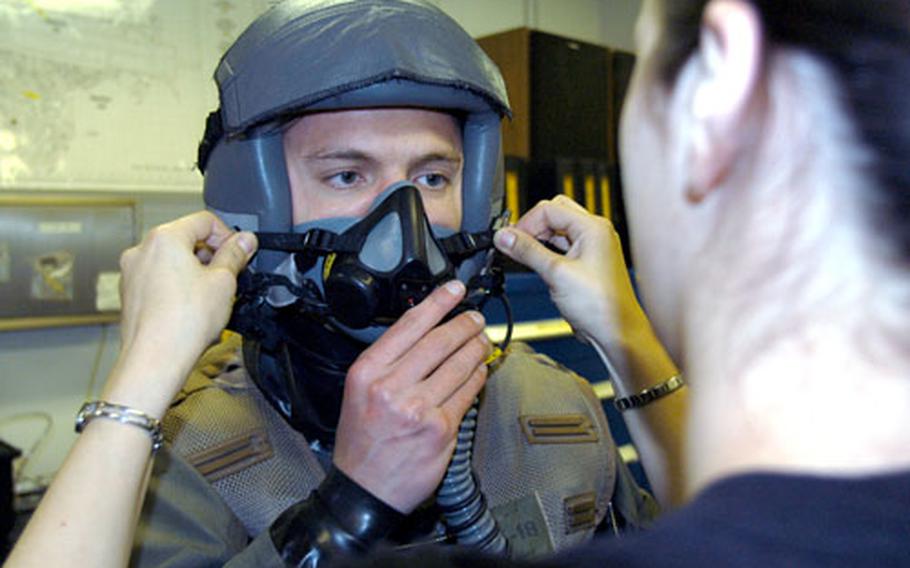 Scott Kumpula, a senior at the U.S. Air Force Academy, is fitted with a breathing mask Wednesday at Misawa Air Base, Japan, before his maiden ride on an F-16. (Jennifer Svan / S&S)

Scott Kumpula, a senior at the U.S. Air Force Academy, is fitted with a breathing mask Wednesday at Misawa Air Base, Japan, before his maiden ride on an F-16. (Jennifer Svan / S&S) 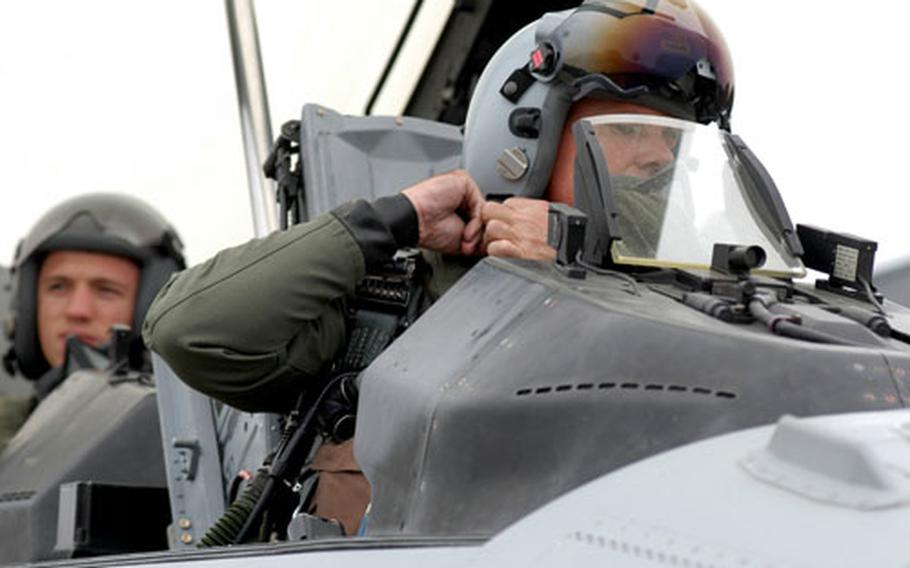 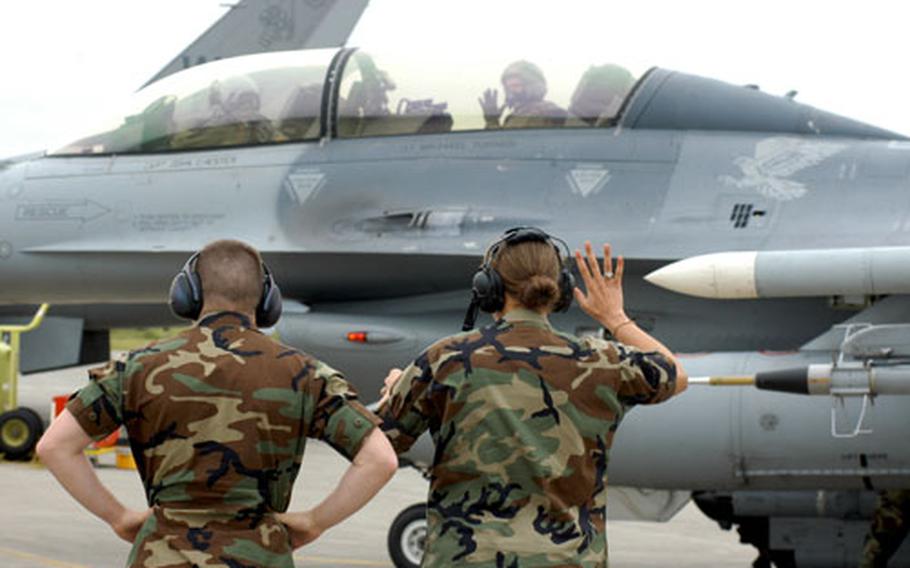 MISAWA AIR BASE, Japan &#8212; They&#8217;re American college students enjoying a hiatus from the rigors of academia. But, unlike most of their peers on summer break, they&#8217;re glimpsing their future 500 feet above the earth.

Thirty-three U.S. Air Force Academy cadets were at Misawa last week as part of &#8220;Operation Air Force,&#8221; a mentoring program to familiarize next year&#8217;s sophomores, juniors and seniors with life after the academy.

Misawa will welcome two more groups of about 30 cadets this summer for about three weeks at a time. Other Pacific Air Forces bases also are participating, officials said.

Depending on their year and career interest, cadets are matched with senior noncommissioned officers or company-grade officers in units throughout the wing.

Of the nine seniors at Misawa, Chris Rider and Scott Kumpula are among the six gunning to be pilots.

On Wednesday, they hitched a ride in the back seat of an F-16 (D-model). Suiting up beforehand in four layers of aviator gear &#8212; a 30-minute process &#8212; they were cool under pressure: This was to be their maiden voyage in a fighter.

That&#8217;s the sole aspiration Kumpula can remember, too.

Misawa&#8217;s Life Support technicians trained the cadets on how to strap into the seat, how to eject and how to wear the gear. Essential, especially for first-timers, was a barf bag.

So, how would they feel after 75 minutes in a tiny, gravity-defying bubble?

On Friday, two days after they soared through the clouds, both cadets answered the million-dollar-question: Yes, indeed, the barf bag was needed.

Rider said he was pretty worn out afterward.

Kumpula said he got sick only once. But it was fun, he said, and the views, once the F-16 rose above the clouds, were amazing.

Neither Rider nor Kumpula emerged from their queasy rides with second thoughts about their career path.