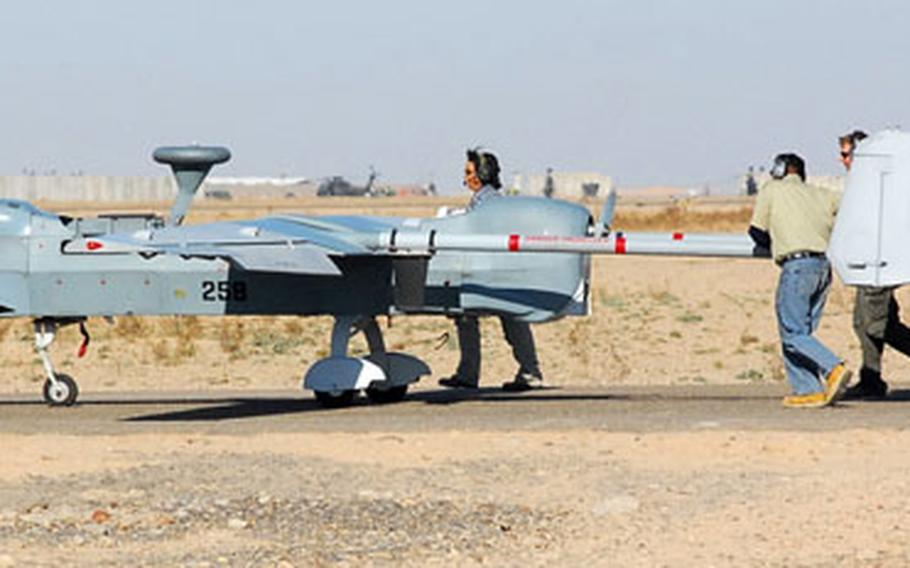 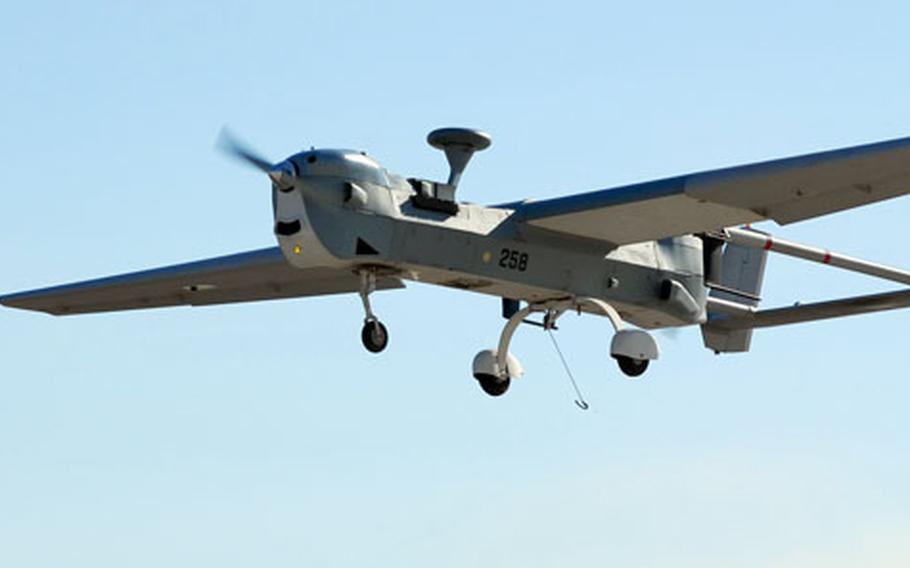 TIKRIT, Iraq &#8212; The sun had barely risen over the hills and plains of northern Iraq as a team of civilian controllers guided a remote-controlled Hunter RQ5A surveillance aircraft home after a long night&#8217;s work.

Buzzing thousands of feet overhead, the unmanned aerial vehicle, or UAV, beamed back images of rolling wheat and barley fields, fog rising from the Tigris River and numerous block-house settlements as it winged its way toward Camp Speicher&#8217;s airfield.

In the last several months, Thometz and other UAV operators in the Unmanned Aerial Systems Company of the 25th Infantry Division&#8217;s Combat Aviation Brigade have eyeballed more Iraqi terrain than most ground troops could imagine.

At sprawling Camp Speicher, a dozen civilians control and maintain the Hunter UAVs, which are powered by diesel fuel and have a 32-foot wingspan. Every day at dusk, they launch the aircraft from the main runway and it prowls the skies until dawn. When the mission is done, the controllers guide the twin-propeller craft back to the runway where the tail hook snares an aircraft-carrier style arresting cable.

Working from cramped controlling booths attached to Humvees, inside tactical operations centers or beside runways, UAV operators use controls very similar to those of a hobbyist&#8217;s remote-controlled airplane. A second controller operates the aircraft&#8217;s optics, which can zoom in on vehicles and people from high above day or night.

Until just a couple years ago, UAVs like the Hunter, and the smaller Shadow, were the sole province of military intelligence shops. Now however, they are routinely used in battlefield operations, flying above troops on raids and cordon and search operations and hunting for insurgents planting roadside bombs.

The feeds, which play on wide, flat-screen televisions in tactical operations centers, can show insurgents piling out of back doors as U.S. and Iraqi troops near a target or reveal gunmen hiding on rooftops &#8212; information critical to troops on the ground.

Capable of flying as long as 18 to 20 hours, the aircraft help save enormously on manpower.

In northern Iraq, where Hawaii-based 25th Infantry Division, or Task Force Lightning, oversees more than 47,000 square miles of terrain &#8212; an area of land slightly smaller than the state of Washington &#8212; commanders say the unmanned surveillance craft are critical to coalition troops&#8217; safety and success.