Opening of Ramstein mall will be delayed 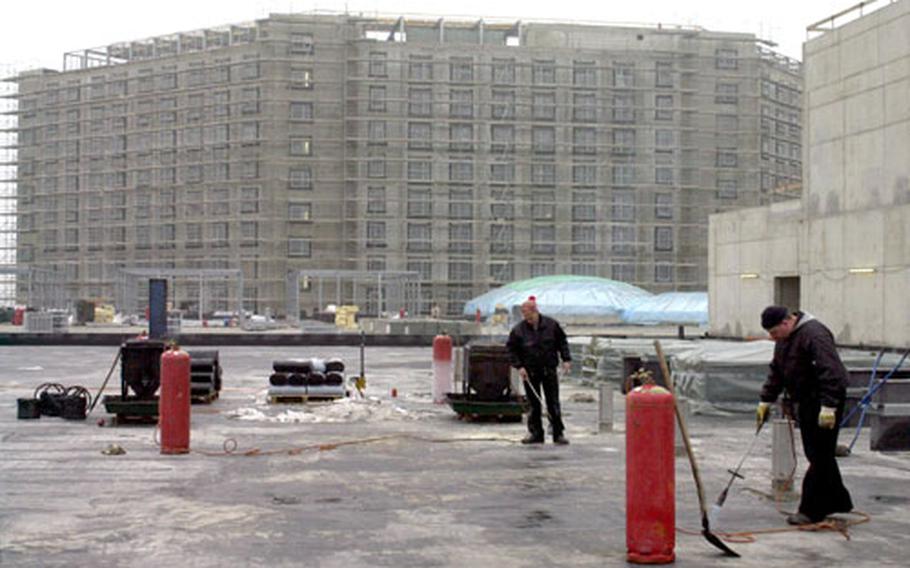 Workers continue construction on the roof of the Kaiserslautern Military Community Center at Ramstein Air Base, Germany, this week. The center’s hotel is in the background. Parts of the facility will open later than planned. (Scott Schonauer / S&S)

Workers continue construction on the roof of the Kaiserslautern Military Community Center at Ramstein Air Base, Germany, this week. The center’s hotel is in the background. Parts of the facility will open later than planned. (Scott Schonauer / S&S) 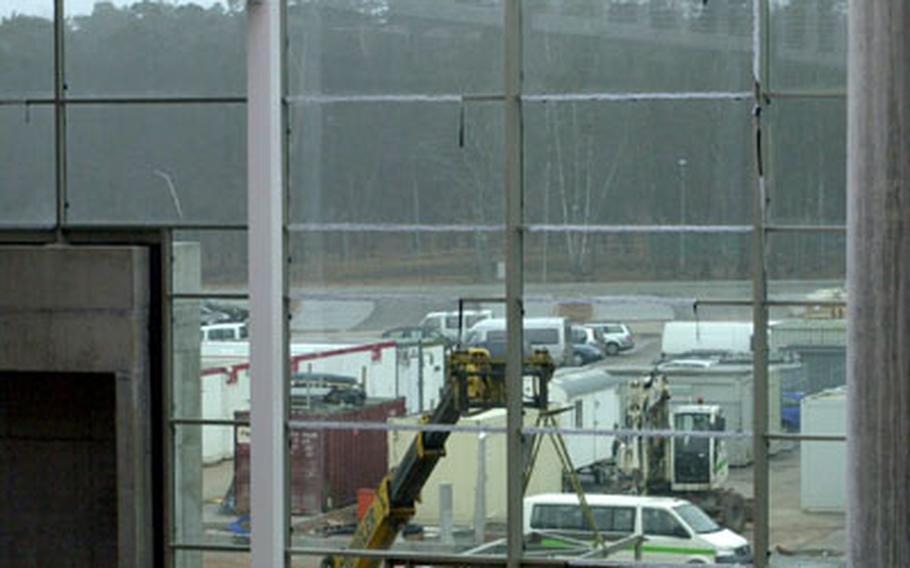 Construction workers gather at the entrance of a new food court being built. (Scott Schonauer / S&S) 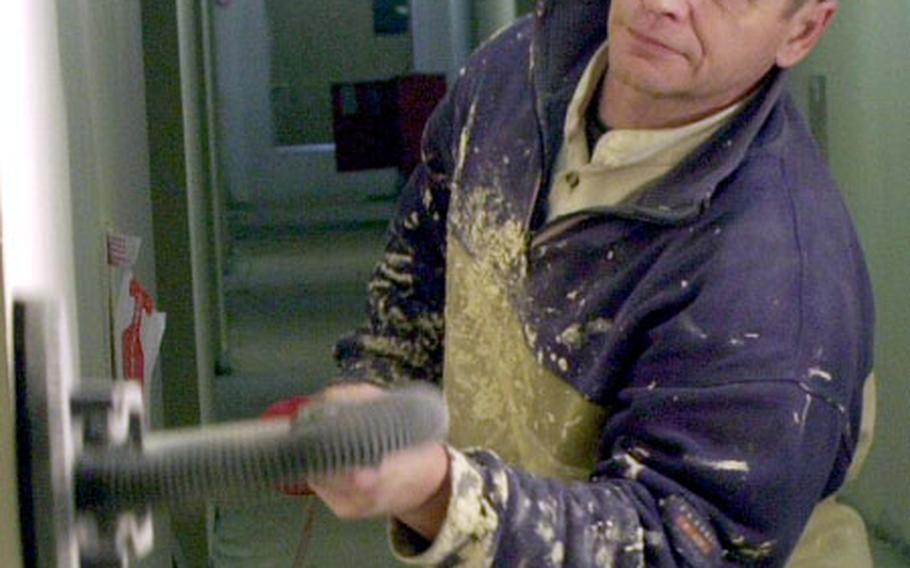 A construction worker puts the finishing touches on a wall at the Kaiserslautern Military Community Center hotel at Ramstein Air Base. (Scott Schonauer / S&S)

RAMSTEIN AIR BASE, Germany &#8212; There will be room at Ramstein&#8217;s new inn beginning this summer, when the eight-story hotel opens for business across the flight line.

But customers will have to wait before they can shop at the mega exchange being built next door.

The shopping portion of the $200 million project called the Kaiserslautern Military Community Center won&#8217;t open as early as initially hoped. When officials ceremoniously broke ground for the complex in December 2004, it was scheduled to open in August of this year.

Col. Kurtis Lohide, commander of the 435th Air Base Wing, said Tuesday that the exchange probably won&#8217;t open until early 2007, which is within the construction time frame but later than initially promised.

The hotel opening is only slightly later than planned. The hotel, a Romano&#8217;s Macaroni Grill and a new sports bar will open only a few months later than projected.

Jeff Noorda, a project manager with the 435th Civil Engineer Squadron, said such things as getting the money, awarding contracts and lining up the design of the project took longer than anticipated. But the project is still moving along at a rapid pace considering its size. The center is the U.S. military&#8217;s largest construction project under way worldwide.

German and U.S. governments have poured millions of dollars into making Ramstein a military transportation hub with the closure of Rhein-Main Air Base near Frankfurt last year.

Airmen and their families stationed at the massive base have had to deal with numerous construction projects on nearly every corner of the installation. But none of the improvements has been met with such anticipation as the shopping and entertainment center.

Some might argue that it is actually a big piece of America.