Opening of Misawa's indoor rec center is pushed back to January 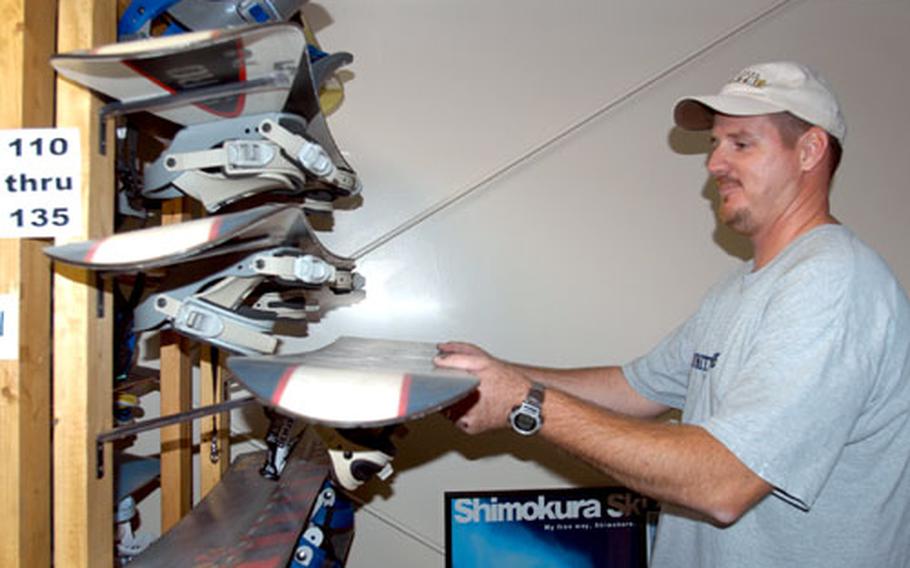 MISAWA AIR BASE, Japan &#8212; The Weasel&#8217;s Den, Misawa&#8217;s new indoor recreation center, will open this winter in Hangar 973 but not until late January, according to base officials.

A portion of the center, however, opens Monday. Outdoor Recreation is moving to the hangar, located behind Misawa Naval Air Facility headquarters, and Monday will begin running its equipment and van rental counter there from 10 a.m. to 6 p.m., with a nine-hole miniature golf course and inflatable games, such as a bouncing castle and sumo wrestling.

The base has ordered 14 electric Go-Karts, including four with two seats, that can travel up to 30 miles per hour. Smith notes, however, that their speed can be controlled remotely if someone is driving unsafely.

One of the biggest changes to the center&#8217;s original design is a much larger climbing wall. Instead of a 10-foot bouldering wall, mostly for scrambling, base officials opted for an L-shaped climbing wall 18 feet high with an overhanging ledge, Smith said. Climbers will have to use ropes to ascend the face, though there&#8217;s also a bouldering area for kids on the wall&#8217;s lower portion.

Other attractions include video games, a &#8220;fun zone&#8221; for kids, an in-line skate park, an indoor roller hockey rink and a birthday party room. Admission fees will be charged only for miniature golf and Go-Karts. Cost and age limits for each activity have not been set yet, Smith said.

Also still undetermined is at what age a child can be left unsupervised at the den. Smith said officials likely will refer to the base&#8217;s community standards for guidance, noting &#8220;this is not a drop zone.&#8221;

Funding to renovate the hangar and for equipment comes in large part from Pacific Air Forces, officials have said, with money acquired before the military began tightening its belt to pay for the war on terror.

Space in Building 1044 once occupied by Outdoor Recreation will be used by the base honor guard and the youth gymnastics program, Smith said. He also said there will be classrooms for the youth center to use.