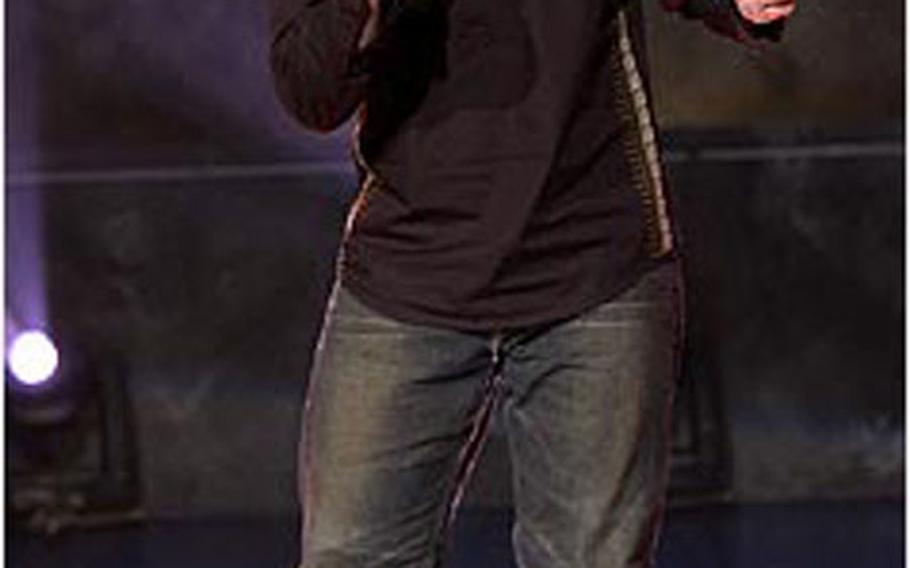 ARLINGTON, Va. &#8212; Lance Cpl. Josh Gracin could be on his way to stardom and a fat music recording contract.

Gracin, 22, is one of 12 contestants competing for the coveted title &#8220;American Idol&#8221; on the Fox Television show that pits talented and talentless singers against one another.

Fox Television has restricted media access and interviews to all contestants because they don&#8217;t want any one to have more exposure than others.

But if the Marine, stationed at Camp Pendleton, Calif., gets voted off the popular television reality show when he competes again March 11 &#8212; or if he makes it all the way through &#8212; he&#8217;ll be fair game for the media, said Nicole Myden, a spokeswoman with Fox Publicity and &#8220;American Idol.&#8221;

The administration supply clerk has not been deployed to Kuwait with the rest of his unit, the 1st Force Service Group &#8212; but not because of his commitment to &#8220;American Idol,&#8221; said Marine Staff Sgt. Chad McMeen. McMeen, a public affairs officer in Los Angeles, interviewed Gracin before the young talent made it through the milestone selection process and was cut off from the media.

If Gracin does receive deployment orders before he is eliminated from the show or wins the contest in May, McMeen said Fox producers promised to return him to next year&#8217;s competition at the same ranking &#8212; meaning if he makes it to the final six, for example, and then receives deployment orders, next year he will return to be one of the final six.

Gracin told McMeen he&#8217;s up for the challenge of this competition.

&#8220;Now that I&#8217;m in the final 12, the bar has definitely been raised as far as the competition goes. I think the competition will be more fierce and you&#8217;re going to see better performances out of some of the contestants,&#8221; he told McMeen.

In the meantime, Gracin will be sequestered with the other contestants in a Hollywood house provide by Fox Television.

Gracin is on permissive temporarily assigned duty and is using his accumulated 45 days of leave to be away from his job, McMeen said.

Celebrities Simon Cowell, Randy Jackson and Paula Abdul serve as the judges, and viewers also can vote for their favorite contestants.

Each contestant is assigned a toll-free number and viewers in the United States can call to cast their choice.

Last year, more than 30 million viewers tuned in for the finale.

McMeen&#8217;s story is posted on the Marine Corps Web site at www.usmc.mil