Only one of seven Iraq veterans appears headed to House 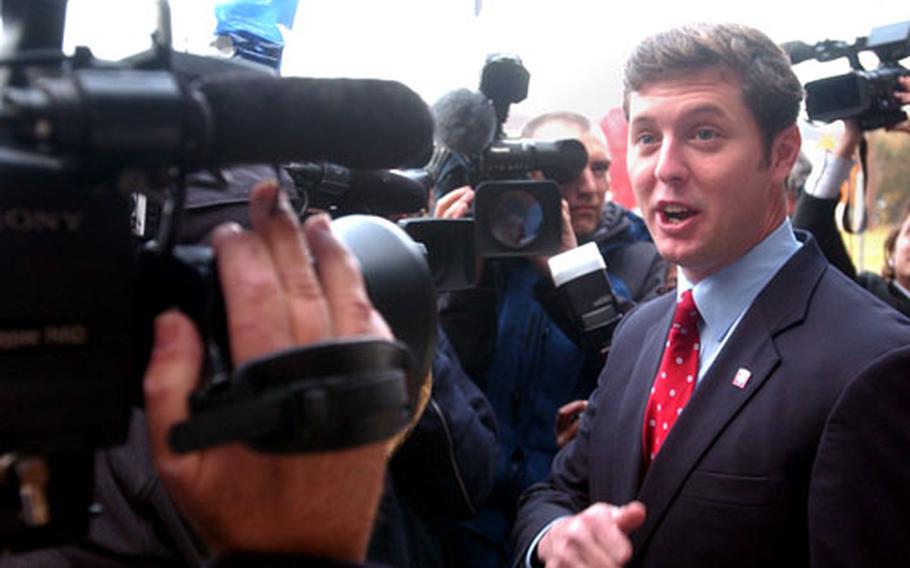 WASHINGTON &#8212; The U.S. House may have the first veteran from Iraq elected to Congress, but members will have to wait a little longer to be sure.

Murphy, who served in Baghdad in 2003 and 2004 training the Iraqi Civil Defense Corps, will have to wait to see if that margin holds. The vote difference represents less than 0.6 percent of the number of votes cast, and Fitzpatrick&#8217;s campaign won&#8217;t concede until a recount has been completed. State officials haven&#8217;t announced how long that will take.

Other veterans who served in Iraq and Afghanistan had less success on election day.

The highest profile soldier/candidate from Iraq &#8212; Tammy Duckworth, an Illinois Army National Guard soldier who lost both legs in 2004 in an RPG attack on a helicopter she was piloting in Iraq &#8212; lost her bid to represent the congressional seat formerly held by Republican Rep. Henry Hyde.

Andrew Duck, another Democrat and a retired soldier who served with the 3rd Army Headquarters Company during the initial invasion in Iraq, lost 58 percent to 39 percent to Republican incumbent Roscoe Bartlett in Maryland&#8217;s 6th Congressional District.

And Democrat David Harris, an Army reservist who served in Iraq in 2003, lost 60 percent to 37 percent to Republican incumbent Rep. Joe Barton in the Texas 6th District campaign.

Three Republican candidates who served in Iraq all suffered sizable defeats in their House bids.

Van Taylor, a current major in the Marine Corps Reserves who served with the 4th Reconnaissance Battalion in Iraq in 2003, trailed Democratic incumbent Chet Edwards 58 percent to 40 percent in unofficial results from the Texas 17th Congressional District race.

And Richard Hough, an Army reservist with the 411th Engineer Battalion who finished a tour in Iraq in 2005, lost 69 percent to 31 percent to Democratic incumbent Neil Abercrombie in the race for Hawaii&#8217;s lone U.S. House seat.