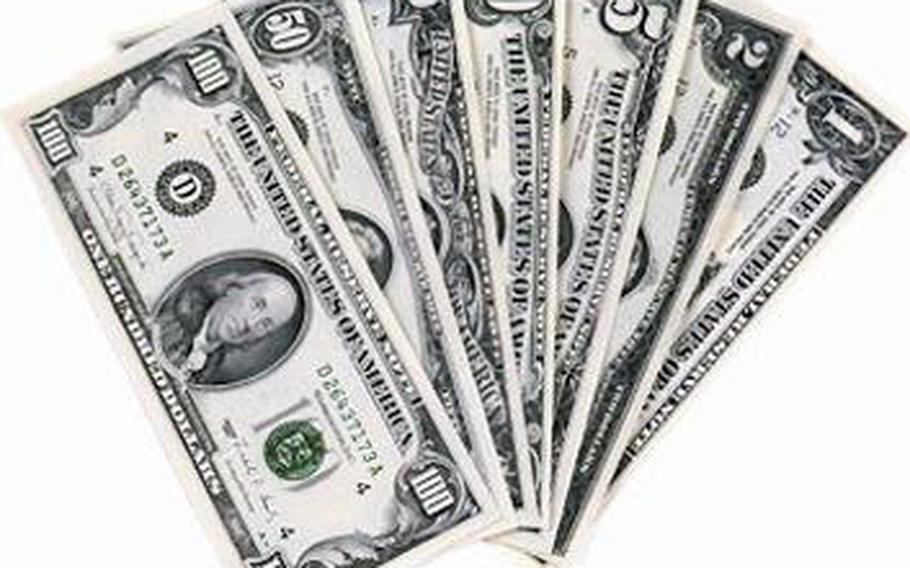 ARLINGTON, Va. &mdash; The end of the retroactive stop-loss pay program is fast approaching, but in the nine months the program has been in effect only a small fraction of eligible troops have received compensation.

Those who were stop-lossed between September 2001 and September 2008 can get $500 for every month they were kept beyond their initial separation date. But of the roughly 145,000 people eligible for the money, only about 30,000 claims have been paid, defense officials said. The program ends on Oct. 21, but many veterans simply don&rsquo;t know it exists.

Defense officials contend that veterans are difficult to track down once they leave the service. Critics insist the military hasn&rsquo;t tried hard enough.

&ldquo;Every single person who may benefit from this program has a Social Security number that the military has. Go to the IRS, figure out where they are,&rdquo; Veterans of Foreign Wars spokesman Joe Davis said. &ldquo;In this day and age of this technology, this should be a very simple matter to fix.&rdquo;

But the Defense Department cannot legally go through the IRS to find addresses, officials said. The military has tried to spread the word using social media, sending direct mailings, going to veterans groups, holding bloggers roundtables and putting up posters.

One problem is people are &ldquo;very mobile&rdquo; once they leave the service, said Maj. Roy Whitley, who is in charge of the Army&rsquo;s compensation program.

&ldquo;These guys go to college and get jobs and it is really hard to track them down, so quite often we actually contact their parents based on the last best address,&rdquo; Whitley said. &ldquo;It&rsquo;s not that they don&rsquo;t want to be found, it&rsquo;s just that they are literally suspicious that the Army &hellip; is coming out to pay them money.&rdquo;

The average payout is between $3,000 and $4,000, and applications take between two and four weeks to process, Hebert said.

The Army estimates about 120,000 stop-lossed soldiers are eligible for the pay. Claims go to the Defense Finance and Accounting Service for payment. As of July 23, DFAS has received 26,825 claims from the Army, of which 23,748 have been paid.

Some veterans may not be actively looking for information about the program or other benefits, said Ryan Gallucci, a spokesman for AMVETS.

&ldquo;They&rsquo;ve put their military service behind them and moved on,&rdquo; Gallucci said.One thing is clear: Information is still not reaching those who are interested in the program.

&ldquo;The Army has not done a great job of getting the word out,&rdquo; said Amy Conley, whose husband was stop-lossed.

Conley read about the program in a newspaper, she said in an e-mail. Her husband then told other soldiers who had been stop-lossed, none of whom had heard about the pay program.

Her husband&rsquo;s claim was eventually denied because he received a re-enlistment bonus after being stop-lossed.

Ryan Deckard, who was stop-lossed in 2005, said many people in his Army Reserve unit still don&rsquo;t know about retroactive stop-loss pay. He also said the program should be extended beyond October.

&ldquo;I think it would be deplorable for the soldiers who are deserving the pay to not get it because they didn&rsquo;t hear about the program until Nov. 1,&rdquo; he said.

For info on applying for retroactive stop-loss pay, visit www.defense.gov/stoploss