One unit’s trash is another’s treasure 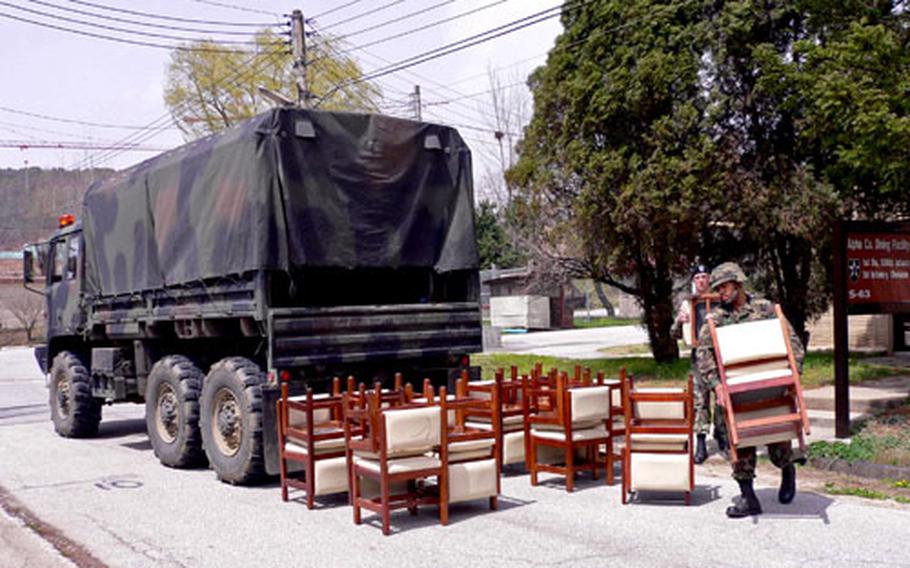 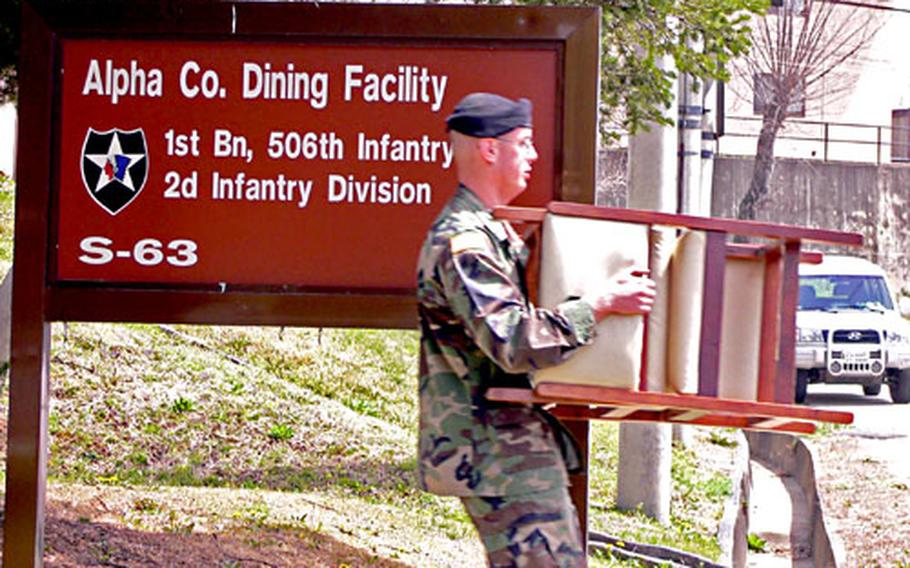 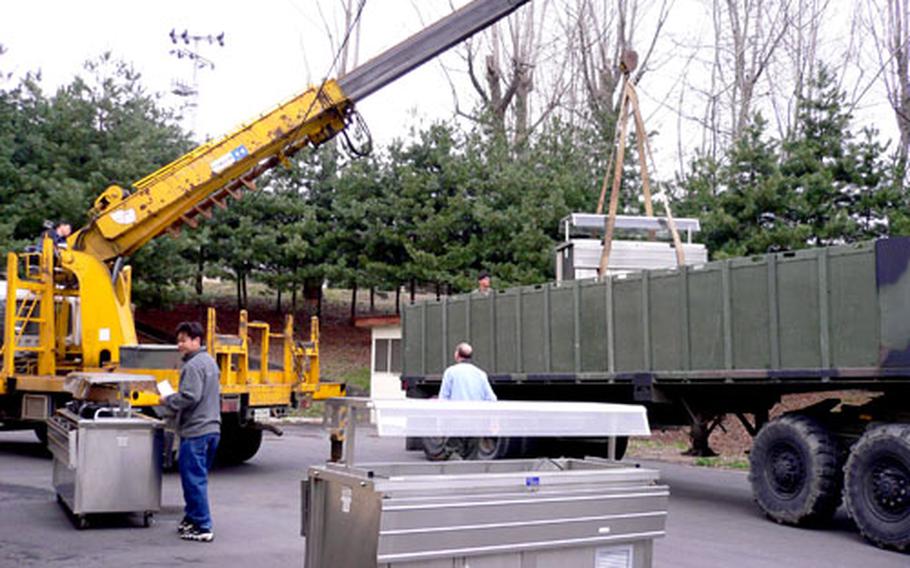 A crane loads kitchen equipment from Camp Edwards, which closed recently in South Korea. Troops hauled it south to Suwon Air Base for re-use in the dining hall of the Army’s 1-43rd Air Defense Artillery. (Mike Pornnang / U.S. Army)

PYONGTAEK, South Korea &#8212; When soldiers walked into their unit chow hall at Suwon Air Base in Korea on Thursday, the lobster, breaded shrimp, fried catfish and T-bone steaks on the bring-your-boss-to-lunch day menu weren&#8217;t the only special thing awaiting them.

Overnight &#8212; literally &#8212; there were tablecloths, curtains, even booths to sit in &#8212; all new items for the 1-43rd Air Defense Artillery troops who serve at the South Korean air base.

Those items were just a small part of the truckloads of chow hall equipment the Army salvaged from several installations that closed recently in South Korea&#8217;s Western Corridor north of Seoul, and from the 121 General Hospital in Seoul, officials said.

Officials estimate the salvage operation may have saved the U.S. Army in South Korea more than $250,000 in chow hall equipment it won&#8217;t need for years because the newly acquired inventory has years of use ahead of it, said Roosevelt Daymon, Area III Support Activity logistics director at Camp Humphreys.

Sixth Cavalry Brigade troops at Camp Humphreys drove cargo trucks to the 121 General Hospital at Yongsan Garrison April 13 and April 14 to load dining hall equipment that was reinstalled in the brigade chow hall, Duffie said. Troops from the 1-43 ADA rolled out of Suwon Air Base about 5 a.m. Wednesday and trucked back items from camps Giant, Greaves, Stanton, Edwards and Howze, he said.

The salvaged dining hall equipment was just part of the goods freed for other units when various 2nd Infantry Division camps closed, Daymon said. Bulldozers, graders, generators and other pricey items also were redistributed to Army units in South Korea.

The redistribution began about 60 days ago when officials of the Installation Management Agency &#8212; Korea Region Office told Army units what would be available. The units put in their wish lists and KORO officials assigned the items.