One ring to bind them 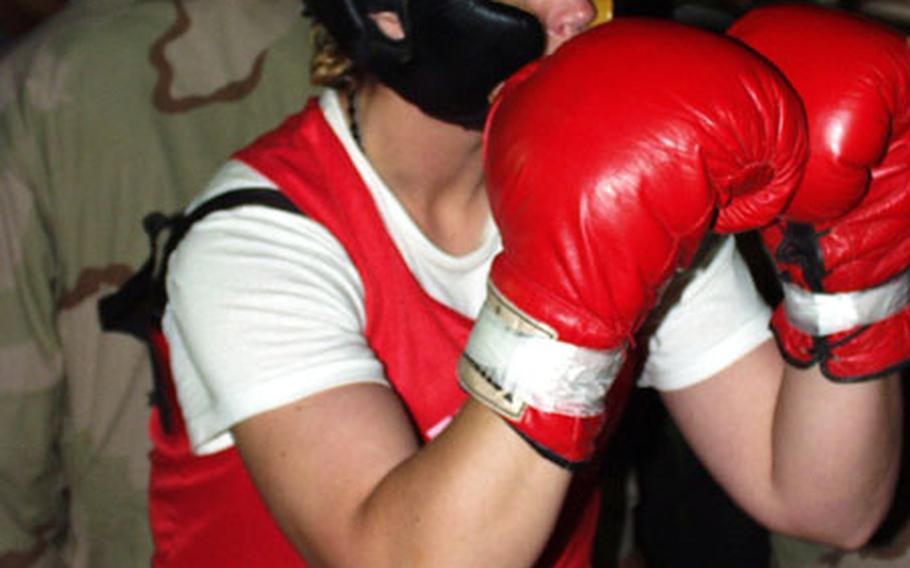 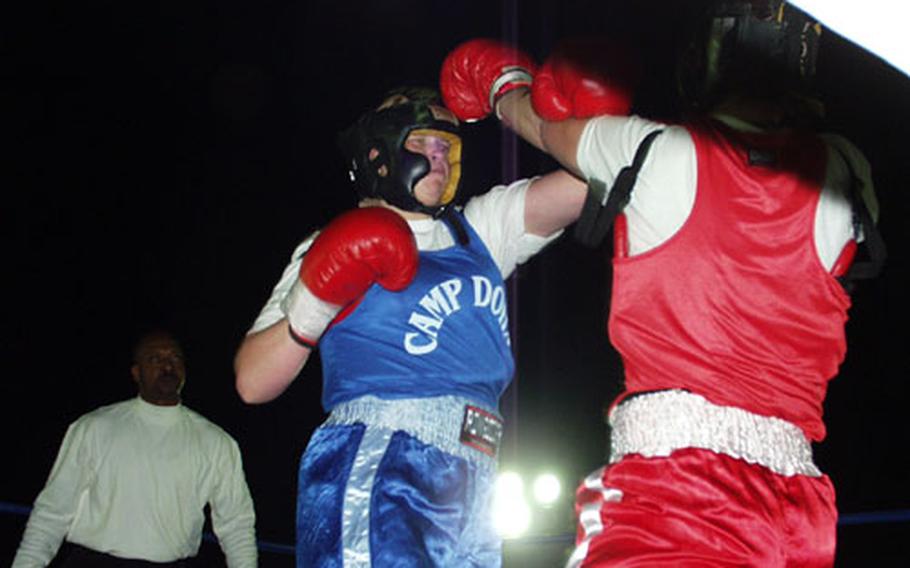 Spc. Jennifer Nelson, left, squares off with Sgt. Jessica Dull during a boxing match Saturday at Camp New York, Kuwait. Nelson and Dull were the only female soldiers who took part in the 13-match boxing tournament. (Marni McEntee / S&S)

CAMP NEW YORK, Kuwait &#8212; Army troops who may soon be fighting Iraqi forces took out their aggressions on one another Saturday night in a series of boxing matches in the Kuwait desert.

Camp New York, about 15 miles from the Iraq border, was the site of the third boxing smoker organized by the 3rd Infantry Division&#8217;s 2nd Brigade Combat Team, which has its field headquarters at the camp.

The main event, as announcer Chief Warrant Officer 2 Reginald Hughes called it, was a match between two female intelligence analysts who had never boxed before.

Their inexperience was complicated by the fact that each was nearsighted and not allowed to wear corrective lenses in the match.

Nelson, who stands 5 feet 10 inches and weighs 187 pounds, said she decided to box because she had some pent-up aggressions to get out. But she had no formal training.

Her opponent, Sgt. Jessica Dull, 26, who is 5-foot-11 and 194 pounds, had gotten about two days of training with some friends. In the end, after going the full two, 90-second rounds, Dull beat Nelson, who was left looking a little woozy after the match.

Another winner was Spc. Edmund Diaz of the 26th Forward Support Battalion. Diaz, 23, a 5-foot-9 mechanic, had never boxed before.

&#8220;I feel better now. Like I dropped a load,&#8221; said Diaz, sporting a gold medal around his neck. Both winners and runners-up received medals for the matches, Sanders said.