One charge dropped after soldier agrees to pay his wife 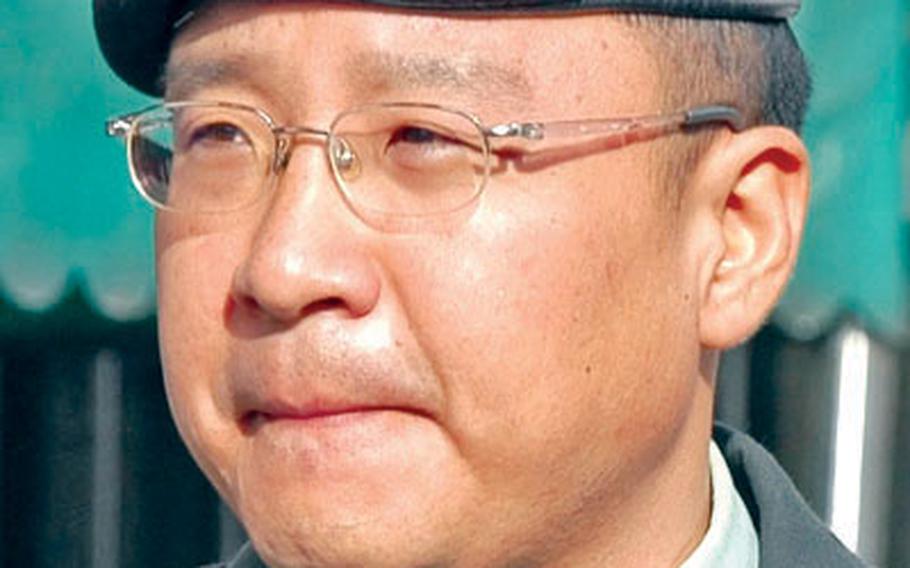 UIJEONGBU, South Korea &#8212; After a U.S. soldier in trouble for his relationships with two Korean women offered a $21,500 payment to his wife, a South Korean judge dropped one of two charges against him.

Sgt. Jin-hong Han, an American, pleaded guilty in December to adultery and breaching a promise of marriage.

He was in Uijeongbu District Court on Friday to be sentenced on an appeal decision from Chief Judge Bae Jun-hyun. Han had appealed his sentence, saying he felt remorse for his actions and didn&#8217;t realize he was breaking local laws.

The judge dropped the adultery charge after hearing of Han&#8217;s settlement offer to his wife.

But Han told the judge that he has yet to find his ex-girlfriend to offer her a similar settlement, a common action common in South Korean criminal cases that can lessen a defendant&#8217;s final jail sentence.

So before issuing a final decision on Han&#8217;s current 10-month sentence, the judge gave Han two more weeks, postponing his sentencing until May 26.

Stripes, however, was able to contact Kim on Friday at a telephone number she said she&#8217;s used for years. She said she has not heard from Han.

Han married Na Sun-wha in 2004 and began dating Kim in 2005. In the time the women were with Han, he lied about his income, his rank, his marital status and his intentions, the women told Stripes.

On Friday, Na told Stripes she had received half of the promised money from Han and said she believed he would pay the rest. Na also said she recently has started attending church and has been able to forgive Han.