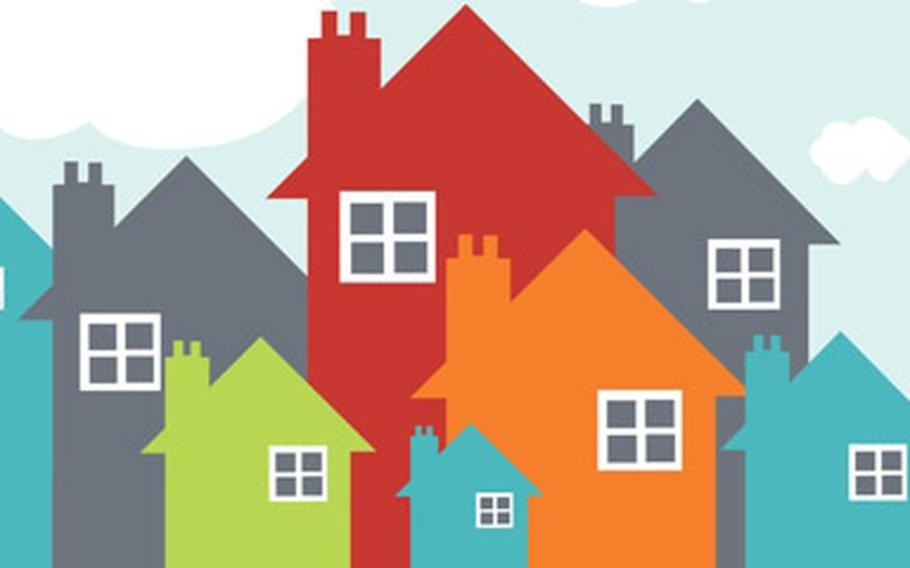 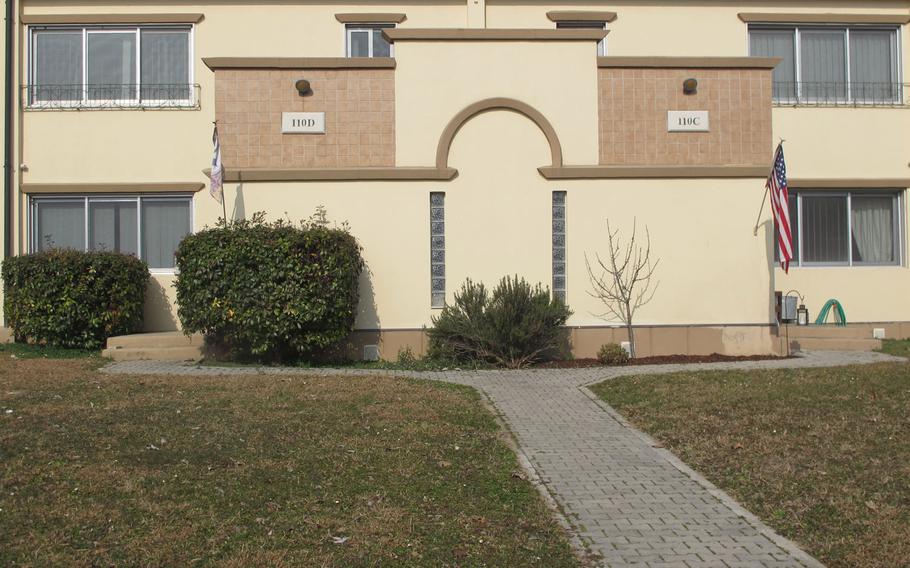 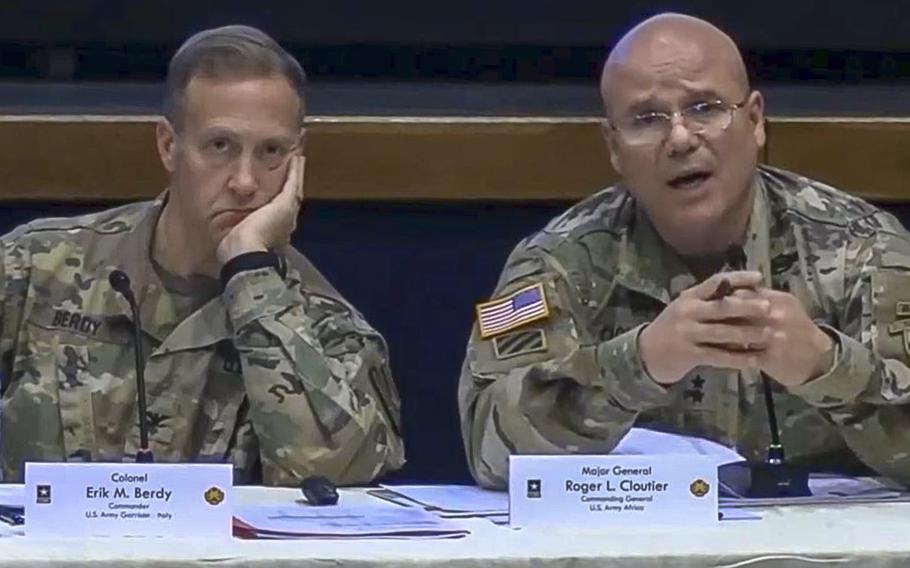 Soldiers and civilians at a town hall meeting about housing conditions here on Friday let loose a sometimes emotional barrage of complaints.

A recurring theme was a lack of response after complaints were made.

“DPW — they never answer the phone,” one woman at the meeting said, referring to the garrison’s department of public works. “Once I called 17 times.”

Another woman told officials at the meeting headed by Maj. Gen. Roger Cloutier and Col. Erik Berdy that her complaints had gone unaddressed for more than a year.

“I mean I have scorpions in my house. That’s an issue for me,” she said.

Others discussed how they’d gone weeks without hot water or had been subject to mold so severe they’d had to wear face masks.

Cloutier, U.S. Army Africa commander, and Berdy, U.S. Army Garrison Italy commander, said that they were committed to improving how the garrison oversaw housing and responded to problems.

The town hall was a response to fall-out from reports of dilapidated and dangerous housing conditions in privatized military housing in the U.S., detailed in a Reuters investigation and followed-up on in congressional hearings.

The meeting attracted nearly 250 people, far more than usual town halls, and it lasted almost three hours. At one point, Cloutier said that he'd let the USAREUR commander know that their planned video conference would have to wait.

"I appreciate everybody's patience. I appreciate your honesty, your candid feedback," Cloutier told the audience. "This is exactly what we needed."

Last month, top military officials gave commanders 30 days to inspect all housing for which they were responsible and to hold town hall meetings.

“In order to facilitate open, two-way communication that is non-attributable and without reprisal, town hall meetings will not be open to media,” Army officials in Germany said in a statement, citing higher headquarters.

The Vicenza meeting was streamed live on the garrison’s public Facebook page.