On U.S. bases, word of loved ones in Haiti trickles in slowly 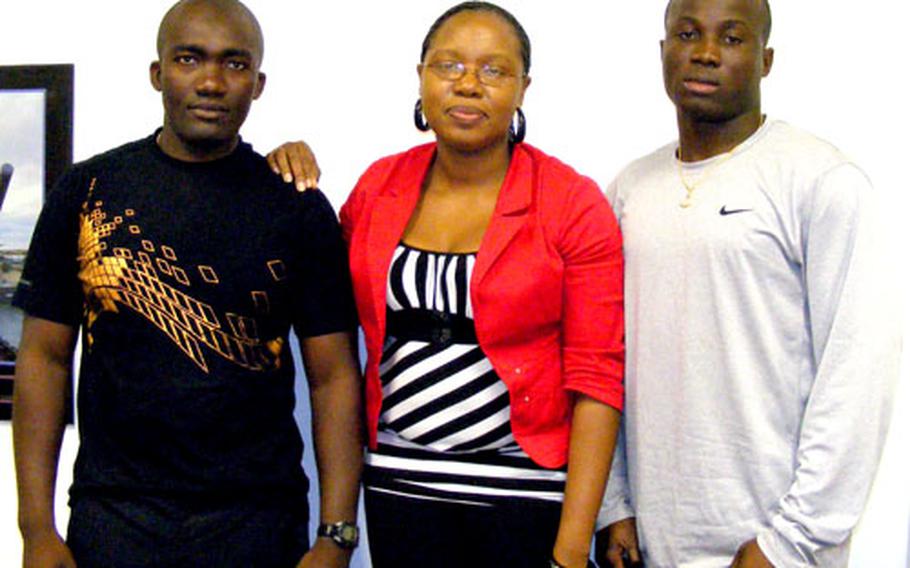 GINOWAN, Okinawa &#8212; All Marine Lance Cpl. Franz Rosemond knows is that his pregnant wife is alive and wandering the streets of Port-au-Prince.

Rosemond, who was born in Haiti and is assigned to Camp Hansen, said he tried to work, but he cried most of the day as news came in about the disaster. Then his staff sergeant brought him word that other Haitians on Okinawa had set up a disaster outreach and support group at the Futenma USO.

He&#8217;s kept busy since volunteering full-time to help other Haitians get in touch with their family and friends more than 8,000 miles away.

He finally got a call from his wife on Sunday.

Marie Laurise Workman, relocation program manager for Army Community Service at Torii Station, organized the group soon after the news of the Haitian disaster broke. She said she&#8217;s been in contact with about 15 Haitian servicemembers on Okinawa.

&#8220;At first, we heard from her brother just after the earthquake that she was OK and they made arrangements to meet up,&#8221; she said. &#8220;But no one heard from her again until two days later, when her brother found her car. It had been crushed when a three-story building fell on it.&#8221;

Workman&#8217;s cousin was dead. Inside the car, her 5-year-old son had apparently thrown himself on top of his 2-year old brother. The older son was dead, but the younger boy survived and is in critical condition, Workman said.

Since Saturday she&#8217;s been working at the Futenma USO, from 11 a.m. to 7 p.m., where AT&T and the USO have donated 100 telephone cards and volunteers have brought in their MagicJacks &#8212; a device that routes calls over the Internet &#8212; so Haitians on Okinawa could try to make contact with someone back home. Chaplains and other support personnel have also been available.

He has two brothers and a sister living in Port-au-Prince.

The three Haitians said they try not to watch the TV coverage of the disaster, but it&#8217;s hard to keep away. Rosemond said he scans the footage for familiar faces.

Last weekend, Fleurestand and Rosemond raised $2,500 on Camp Hansen that they will donate to a Haitian relief fund. They are also awaiting word from their commands to see if they can be deployed to Haiti to act as translators and guides for the ongoing relief operation.