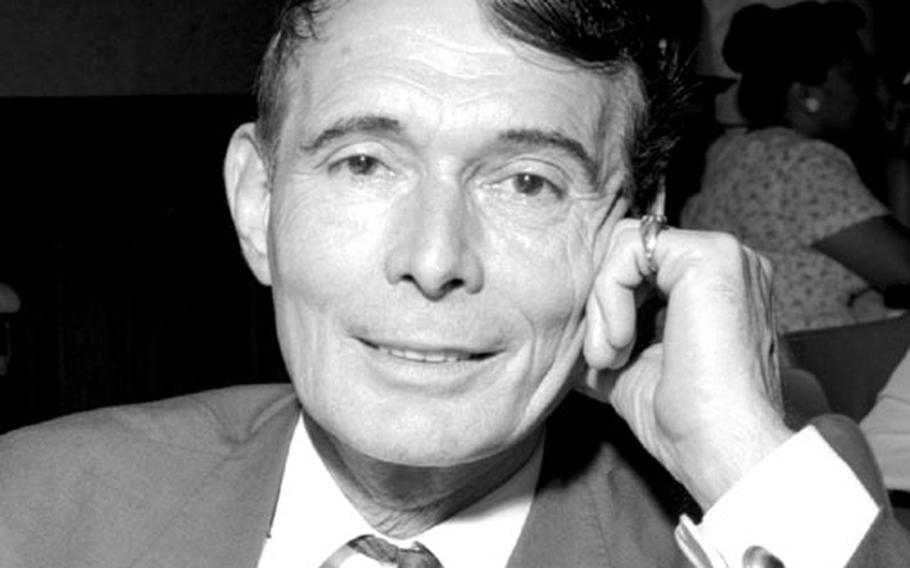 And what a reunion it was. In the middle of the show, when Les Paul (old Rhubarb) was just getting his multi-taped guitar warmed up, he announced the presence of "Sunny Joe" Wolverton, the man who taught him how to play guitar.

What followed, as the bamboo-thin Wolverton warily approached the stage (he was afraid the pranks-prone Paul might hand him a booby-trapped beer), was like Martin and Lewis getting together for a music and gag feat.

The two performers hadn't seen each other for eight years. But they had a lot of things to remember. Wolverton, who still refers to Paul as "that kid," started Les on the road to success when the electronics genius was only 13.

Joe put Les in a pair of button shoes (bright yellow) and a red wig and convinced him that there was music to be plucked from a guitar &mdash; even above the third fret. But even though the gnome-like Wolverton was a taskmaster, Paul got in his licks.

Like the time that Paul put glue on the chin piece of Joe's violin, leaving the fuming Wolverton stuck to his fiddle and ready for a brawl. It all came to a head Wednesday night, however, when Paul stepped aside to give Joe the limelight he richly deserves.

Wolverton, playing guitar and banjo with Paul doing little more than playing chords, brought down the house and assured the management of a good crowd when he appears at the club on his own at a later date.

Paul, a beer-drinking bearcat who'll sign autographs all night if asked, is scheduled to leave Japan Saturday for a four-day tour of Korea. So forget your roman candles on the Fourth of July, old buddies. A REAL hotshot is on the way.

NOTES ON A SHABBY CUFF &mdash; IT'LL BE A hang-up Fourth of July for the kiddies at the Sagamihara NCO Club. Weather permitting, they'll be able to romp around outside and stuff their little tummies with all sorts of goodies.

Such as: Charcoal broiled hamburgers, Boston baked beans, hot dogs, potato salad, barbecued beef and barbecued pork on buns. It all begins at 1 p.m. so you youngsters better get your track shoes on if you don't want to miss the fun.