On the last 'safe' road to Bamiyan, threats, bribes and worse 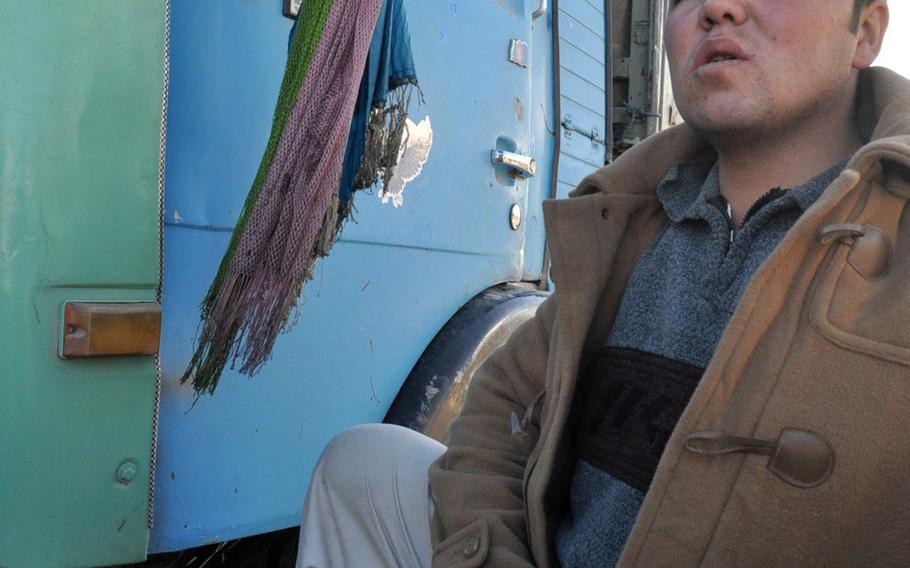 Buy Photo
Aziz, a truck driver from Bamiyan, Afghanistan, says every time he drives to Kabul he fears for his safety. A small stretch of the main highway between Bamiyan and Kabul cuts through a part of Parwan province largely controlled by the Taliban, who have been harassing truckers and travelers alike and putting a dent in Bamiyan province's already fragile economy. (Heath Druzin/Stars and Stripes)

Buy Photo
Aziz, a truck driver from Bamiyan, Afghanistan, says every time he drives to Kabul he fears for his safety. A small stretch of the main highway between Bamiyan and Kabul cuts through a part of Parwan province largely controlled by the Taliban, who have been harassing truckers and travelers alike and putting a dent in Bamiyan province's already fragile economy. (Heath Druzin/Stars and Stripes) 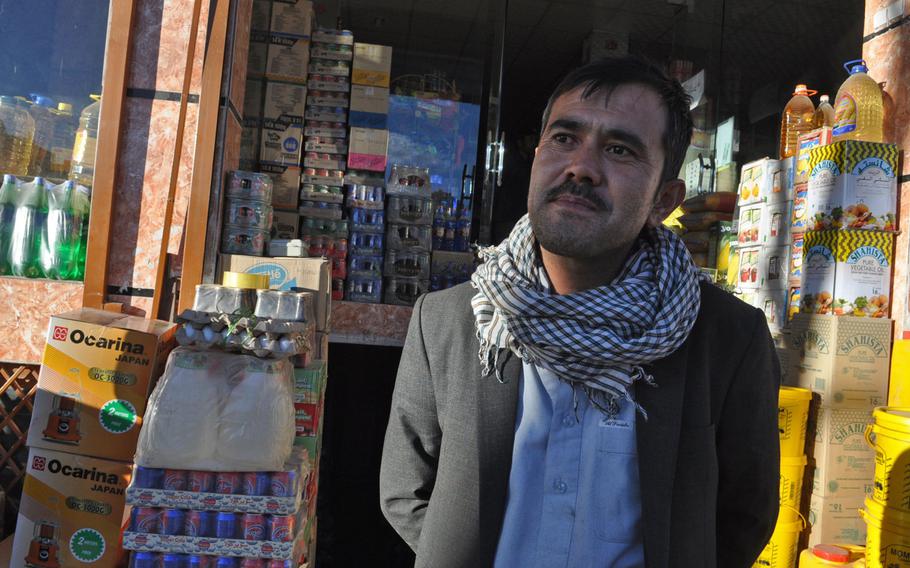 Buy Photo
Haji Hussein, who owns a large grocery store in Bamiyan, Afghanistan, says he's had to raise prices by 20 percent due to Taliban harassment of truckers on the main road between Bamiyan and Kabul. At one point, the road became so dangerous that drivers would take mountain backroads, adding a full day to their drive. (Heath Druzin/Stars and Stripes)

For over a year, the main road from Kabul, the capital, west to Bamiyan has been intermittently closed by insurgent attacks in a volatile district of neighboring Parwan province, where Taliban militants harass truckers and travelers alike and often operate with impunity on the road.

Ghorband district, nestled in a mountain valley in Parwan province, became infamous in July 2012, when video emerged of a 22-year-old woman accused of adultery being shot to death in front of a cheering mob.

Much of the district, not far from NATO’s military hub, Bagram Air Field, has been under the control of the Taliban since at least early 2012, and Afghan security forces have struggled to retake it.

To avoid problems on the road, truckers were taking a tortuous secondary route on rutted mountain roads that added an extra day to what was already a full day’s drive from Kabul, according to local truckers and store owners. Another alternate route that goes through volatile Wardak province to the south is considered even more dangerous than the Ghorband road.

The road is open for now, but militants still ply the area and it continues to be a perilous journey.

Recently, Bamiyan government and security officials have been meeting with their Parwan counterparts to share intelligence and planning, but their jurisdiction ends at the provincial border.

“The people of Bamiyan really like peace and security and we are trying day and night to make a peaceful province,” Mohammad Ali Lagzi, Bamiyan’s acting provincial police chief, said.

In the provincial capital, Bamiyan city, perched roughly 9,000 feet up in the mountains, prices for food and goods already are higher than in more accessible provinces because they import almost everything, except potatoes, and when the road was shut, prices rose even further. Truckers and shopkeepers in Bamiyan say they aren’t confident the road will stay open.

Aziz, a trucker who was getting ready to drive a load of potatoes to Kabul on a recent day, said he and his fellow drivers face threats, bribes and worse on the route.

“We worry every time we cross (Ghorband) valley, because you don’t know what they will do to you,” he said.

The insecurity also affects local travelers. Bamiyan is one of the poorest provinces in Afghanistan and for most residents the roughly $200 it costs for a round-trip ticket aboard a Soviet-era Antonov An-24 propeller plane that plies the Kabul-Bamiyan route for East Horizon Airlines is out of reach. It also keeps away domestic tourists, many of whom used to drive from Kabul to enjoy a few days at Afghanistan’s only national park, Band-i Amir, with it’s azure mountain lakes and dramatic cliffs.

“Since the people of Bamiyan are poor, they cannot afford an airplane ticket,” Bamiyan provincial Gov. Ghulam Ali Wahdat said.

One complaint from Bamiyan truckers and shop owners is that the Afghan government relies too heavily on Afghan Local Police (ALP) for security along the route. The ALP are local militias trained by U.S. special forces who have had successes in some volatile areas but also have been accused of serious human rights abuses and rampant bribe-taking and corruption.

Haji Hussein, who owns a large general store on Bamiyan’s dusty main street, said he’s had to raise prices by 20 percent since the problems started on the road. But he said the insurgents are not solely to blame for the problems. He wants to see more Afghan National Police on the road, rather than ALP, who he says are more interested in lining their pockets than security.

“If we bring a truck full of mineral water, (the ALP) say, ‘You are taking this to the foreigners, you have lots of money,’ and they take a bribe,” he said, chuckling. “But the Taliban burn the truck if they think it’s for foreigners, so I guess we shouldn’t complain.”