Oldest US vets to mark attack on Pearl Harbor 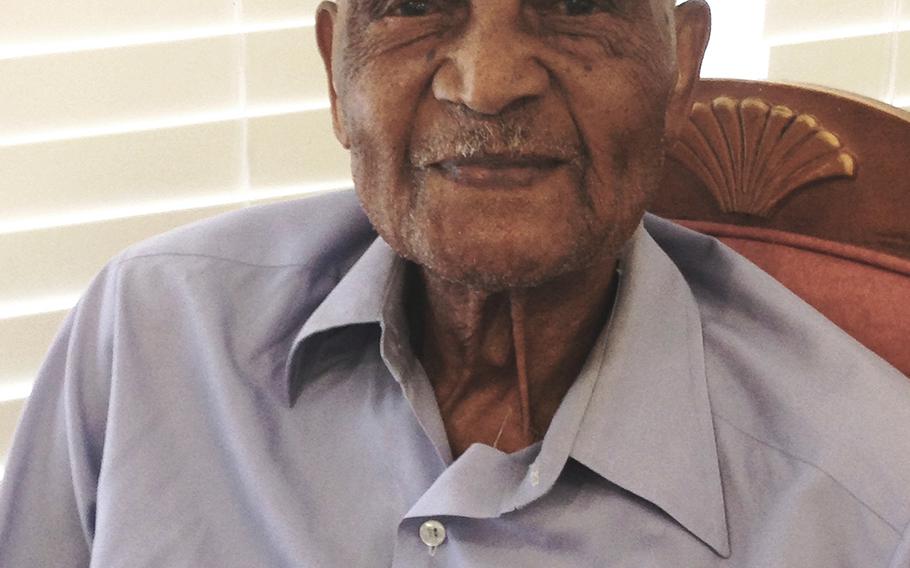 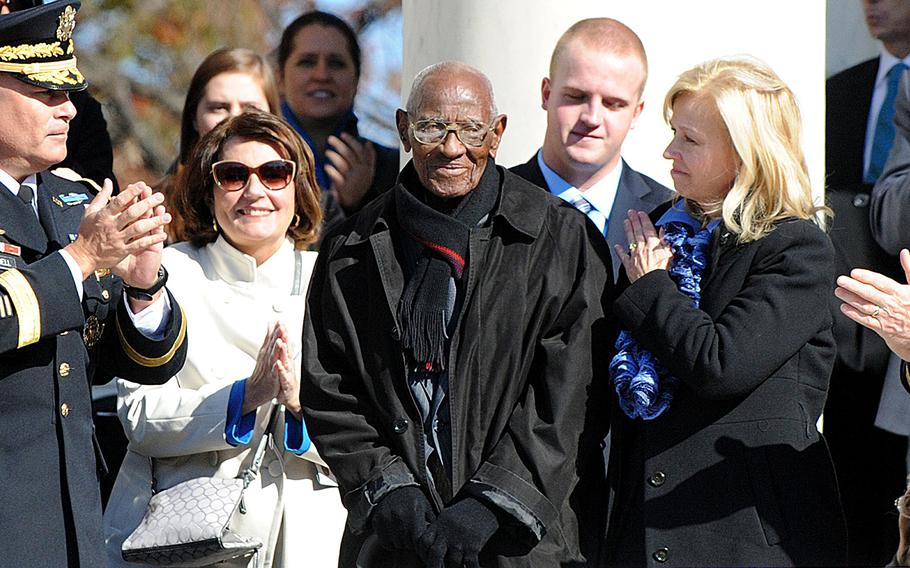 Richard Overton, who is believed to be the oldest living World War II veteran is acknowledged by U.S. President Barack Obama during a ceremony to honor veterans at the Tomb of the Unknowns at Arlington National Cemetery on November 11, 2013 in Arlington, Virginia. (Olivier Douliery/Abaca Press/MCT)

WASHINGTON — On Saturday, the two oldest veterans in America — a pair of 107-year-olds who fought in the Pacific theater 70 years ago — will meet up to mark the anniversary of the attack on Pearl Harbor and to trade stories.

It’s a heartwarming photo op, but also a sign of the nation’s fading ties to the Greatest Generation and a warning to the Sept. 11 generation that the mantra of “never forget” grows more difficult as the years pass.

The veterans — Richard Overton and Elmer Hill — weren’t at the attack in Hawaii, but passed through the ruined Navy base later on their way to the fight. They survived kamikaze planes and sluggish, island-clearing combat to return home and build new lives in separate parts of Texas.

They’ve never met, but are connected through their shared — and fading — military experiences.

Each man said he doesn’t have anything specific he wants to share with the other.

Each is just happy to meet a fellow World War II veteran.

“I kept in touch with a lot of the guys I served with after we came home,” Overton said. “But they’re all gone now.”

No large-scale, national memorials are planned to mark Saturday’s 72nd anniversary of the Japanese attack on Pearl Harbor.

Park service officials at the Pearl Harbor Visitor Center are expecting a small increase in crowds for the date. No major military ceremonies are scheduled for the occasion.

In 2011, the Pearl Harbor Survivors Association disbanded after marking the 70th anniversary of the attack with a Hawaii reunion.

The USS Oklahoma Family — survivors of the attack who were serving aboard that ship — held their last official reunion in 2012.

The Sons and Daughters of Pearl Harbor Survivors still hold a convention every two years, but that most of the participants are children of veterans, not the survivors.

“We send out thank-you cards to the survivors in Ohio every year around this time,” said Carol Gladys, secretary for the group.

Fewer than 3,000 veterans remain of the 84,000-plus servicemembers who survived the attack on Pearl Harbor.

Department of Veterans Affairs officials expect the number of living WWII veterans to drop below 1 million next year, if it hasn’t already.

For the past year, Gladys said, her group has been collecting pictures and video of the remaining survivors, with the hopes of unveiling an in-depth, in-person history of the attack at their convention next year.

“That’s how we’re trying to make sure the memory of what happened lives on,” said Gladys, whose father — attack survivor Joy Beezley — passed away 21 years ago.

Overton and Hill, in separate phone conversations this week, said they don’t dwell too much on the war or battle anniversaries anymore.

“I was just glad to be back home at the end,” Hill said.

Hill served in the Navy, Overton in the Army.

Both were assigned to segregated units because blacks weren’t allowed assignments beside whites until after the war was over.

Staff from Emeritus Senior Living, where Hill lives, have rented a limo and have planned a luncheon with the mayor of Austin.

They’re hoping for a big crowd to honor the men and their service.

Meanwhile, Gladys said her group’s members will participate in a host of events this weekend, but mostly just small, local gatherings.