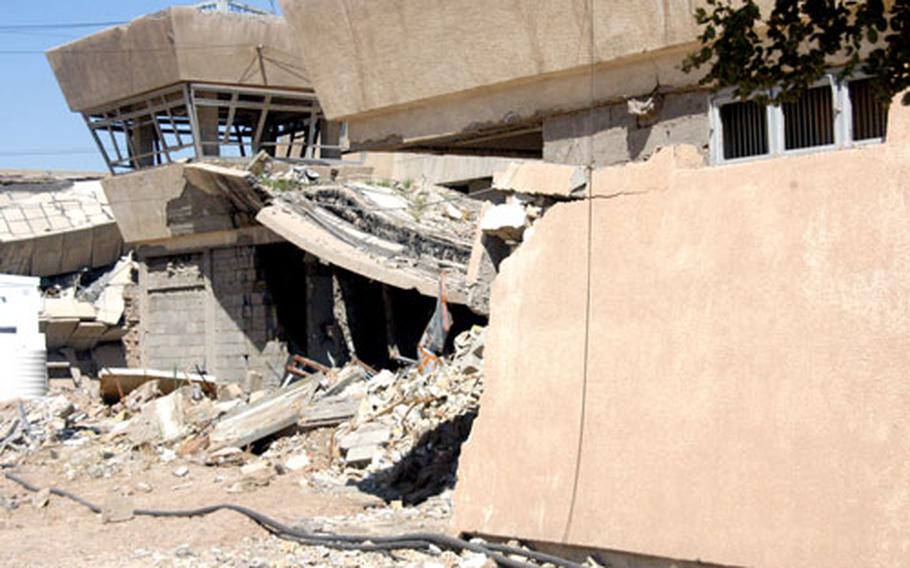 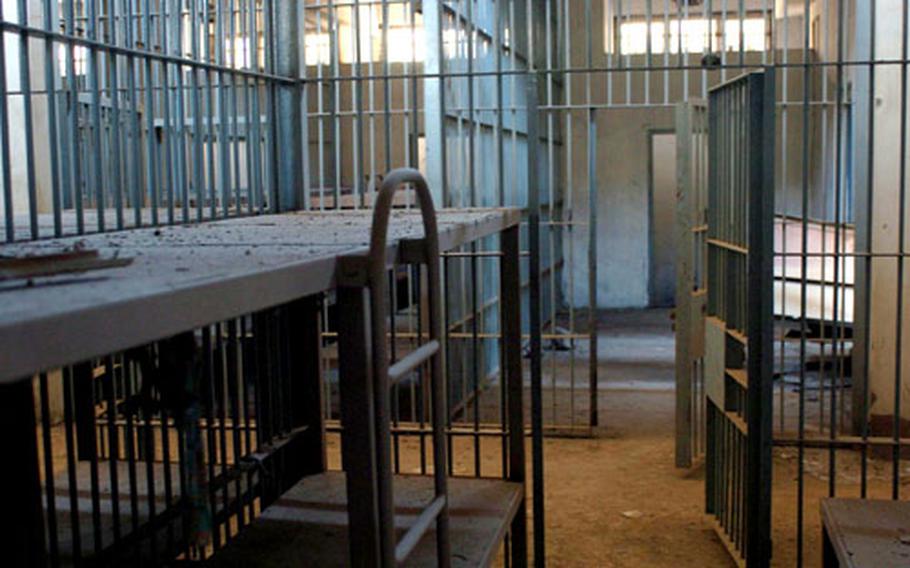 The former detention center at Forward Operating Base Loyalty, Iraq, could hold about 500 people. At least 18 inmates -- and sometimes up to 30 -- were packed into the prison&#39;s tiny cells. (Craig Zentkovich / U.S. Army) 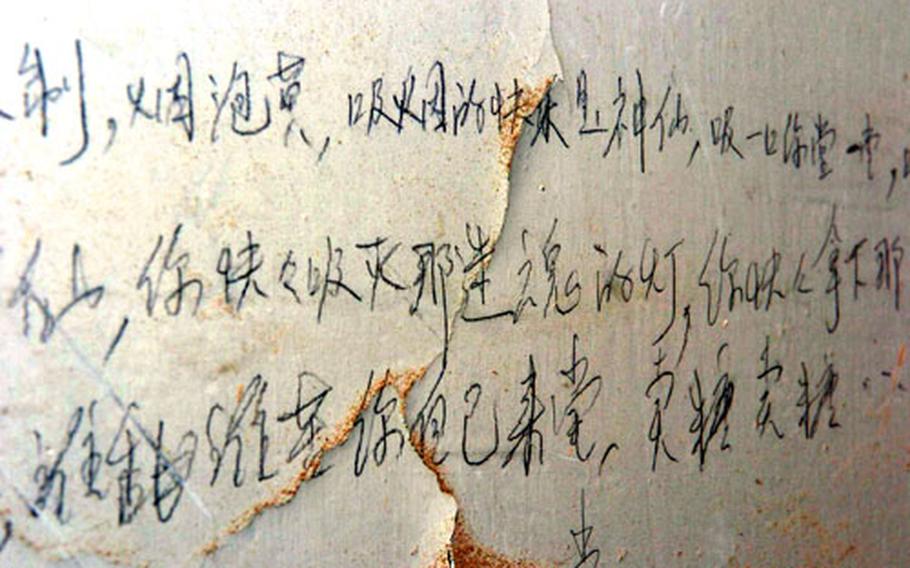 Army officials say Chinese laborers built all the facilities on Forward Operating Base Loyalty, Iraq, including the notorious former detention center used by the old regime. After construction, Saddam Hussein allegedly charged them with espionage and they became its first occupants. Cantonese is scribbled on the walls of many cells. (Craig Zentkovich / U.S. Army) 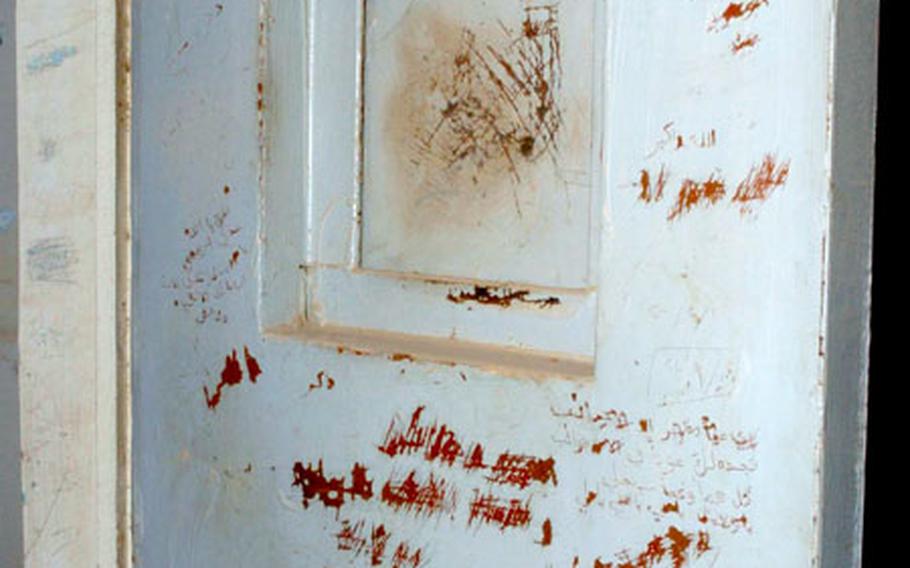 Arabic phrases are carved into cell doors and walls inside the prison. (Craig Zentkovich / U.S. Army)

Now home to the 3rd Infantry Division&#8217;s 2nd Brigade Combat Team, this base in eastern Baghdad was once the site of Iraq&#8217;s General Security National Headquarters, an intelligence nerve center used with chilling effect by the Saddam Hussein regime.

That&#8217;s because most Iraqis remember the notorious former detention center tucked away on the grounds, one of hundreds just like it across the country. The Army now uses it for storage, but the old jail remains a haunting symbol of the past &#8212; with tattered concrete walls and metal doors that offer disturbing tales of what transpired inside.

&#8220;The base was their version of the Iraqi FBI, responsible for internal security,&#8221; said Maj. Steve Rosson of Jonesboro, Ill., intelligence officer for the 2nd Brigade. &#8220;Many Iraqis today still refuse to walk near the prison. The belief was that once you walked inside the walls, you were never seen again.

Political dissidents and enemies of the state were brought here, those who didn&#8217;t &#8220;serve Saddam.&#8221; Interrogation, beatings and inhumane living conditions were part of daily life.

Soldiers from the 2nd Armored Cavalry Regiment arrived in August 2003 and discovered torture devices still in place, Rosson said. Outside, along a narrow corridor on the building&#8217;s interior, prisoners were allegedly chained to the floor in awkward, uncomfortable positions.

No name was attached to the prison. It wasn&#8217;t designed for long-term confinement, but some wound up staying for a decade or longer, according to Rosson, citing thousands of files &#8212; some dating to 1961 &#8212; found in the compound&#8217;s archives building after the fall of Baghdad.

&#8220;Just knowing the regime, they could have been completely truncated charges to hold people for years,&#8221; he added.

Most of the buildings on what is now called FOB Loyalty had some form of a holding cell or cage, even the hospital, where Army officials believe chemical interrogation may have taken place.

Rosson said Chinese laborers built all the facilities, including the prison. After construction, Saddam charged them with espionage and they became its first occupants. Cantonese is scribbled on the walls of many cells.

Arabic phrases also are carved into cell doors and walls, though it&#8217;s unclear what the statements say.

Hayder Abdul-Nabi said two of his brothers were inmates. One spent seven years and then did 10 more at Abu Ghraib. His crime? He lost a pistol while serving in the Iraqi security forces.

Darkness grips Loyalty each night, as base officials keep lights to a minimum for security reasons. It&#8217;s perhaps a fitting reminder to those outside the wire of what the place once represented.