Old military furniture flies to a new life in Afghanistan 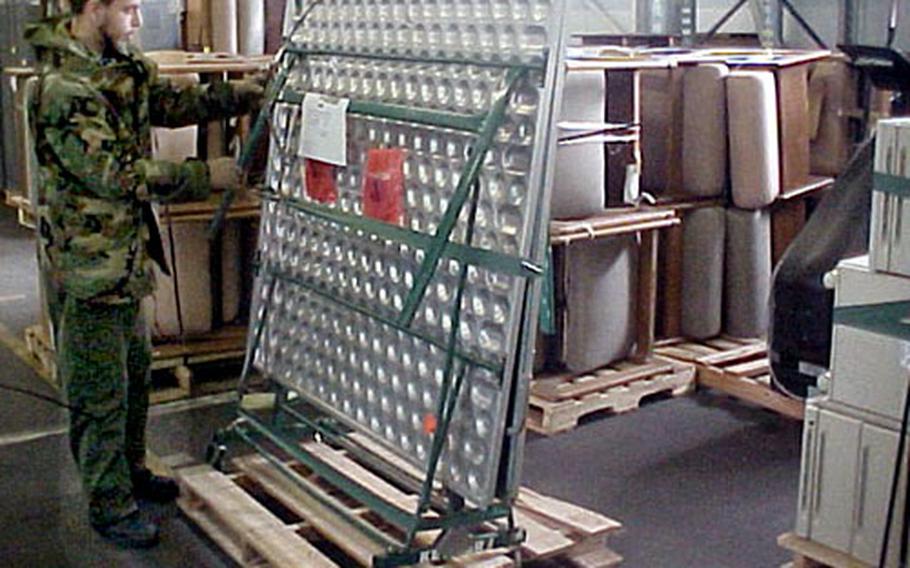 Air Force Master Sgt. Rick Maddux knew there had to be some way to replace the worn-out plywood furniture used by troops at Kandahar airfield in Afghanistan.

The solution came from the Kaiserslautern Defense Reutilization and Marketing Office in Germany.

The office gets used furniture and other items from billeting, closed installations and when furniture is replaced. After a 42-day period, if the furniture is not claimed by other military agencies, the office sells it.

The Kaiserslautern office jumped in to obtain items for the Kandahar troops before they could be sold off, said Maddux, first sergeant for the 451st Air Expeditionary Group at Kandahar.

Maddux and Senior Master Sgt. Alan Reynolds, the military liaison for the Kaiserslautern office, are coordinating several furniture airlifts to Afghanistan. The first airlift was completed Nov. 3 when nine pallets loaded with chairs, couches, desks and filing cabinets arrived at the airfield.

Ten of the couches were moved to the passenger terminal at the airfield, and Maddux said they have been used continually by tired troops awaiting departures.

A second airlift, which will include washers, dryers and electric stoves, is planned.

David Craft, a property disposal specialist, has contacted the Defense Reutilization and Marketing Office in Stockton, Calif.; Dyess, Texas; and Mainz-Kastel, Germany. All have agreed to participate in future airlifts.