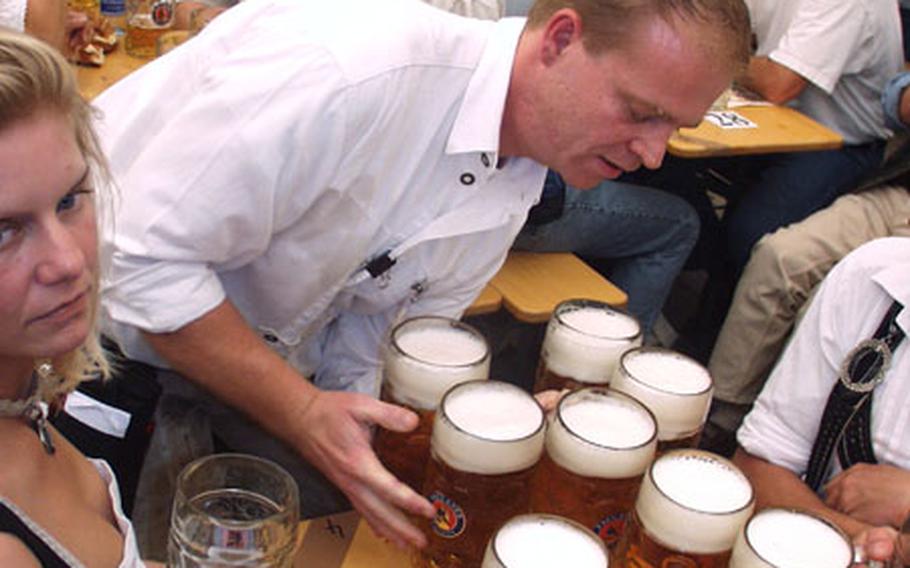 Mmmmm... beer. A waiter delivers beers to a table Saturday on the first day of the 2004 Oktoberfest in Munich, Germany. (Charlie Coon / S&S)

Mmmmm... beer. A waiter delivers beers to a table Saturday on the first day of the 2004 Oktoberfest in Munich, Germany. (Charlie Coon / S&S) 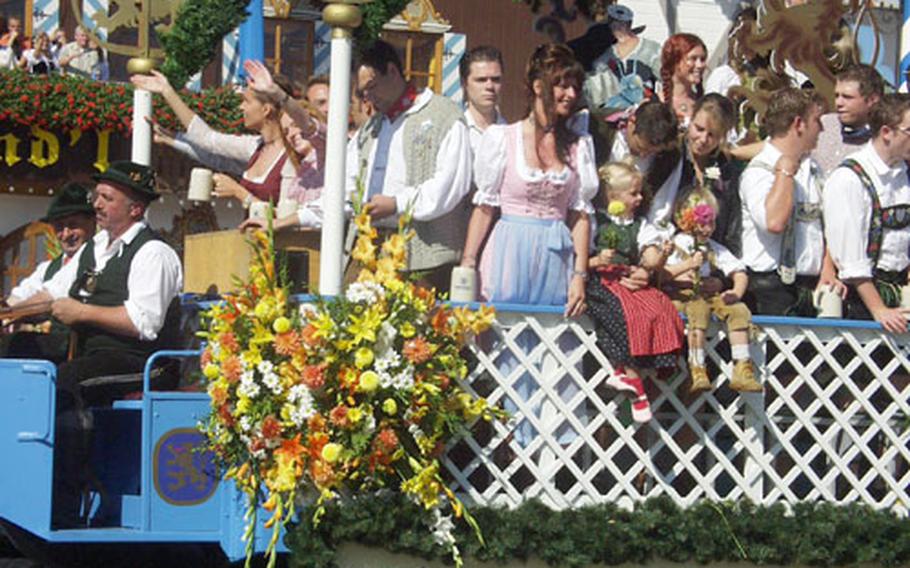 The Lowenbrau float rolls by during Saturday&#39;s parade to open the 2004 Oktoberfest in Munich, Germany. (Charlie Coon / S&S) 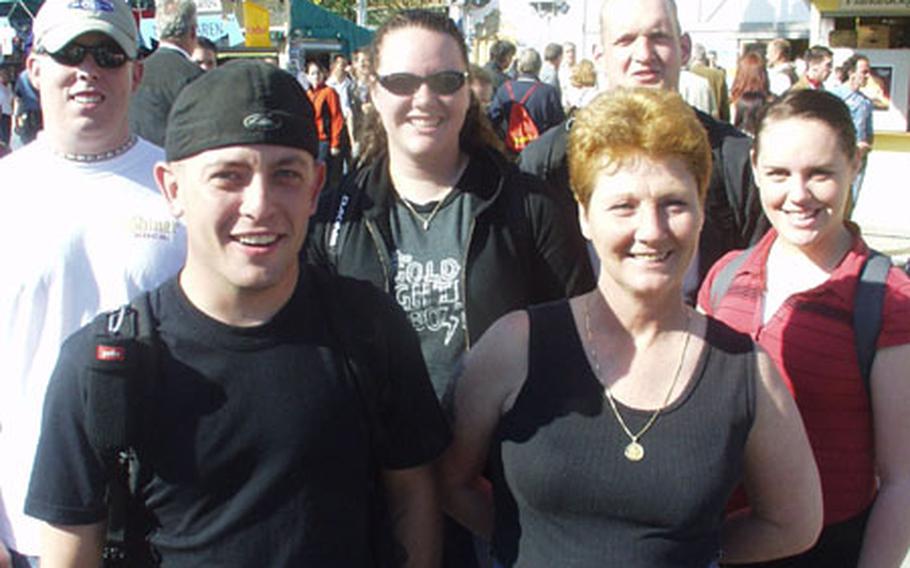 Front row from left, Pfc. Jason Cain of Roanoke, Va., Sgt. Sylvia Hughes of Clarksville, Tenn., and Pfc. Kyra Sisco of Fremont, Calif.; back row from left, Pfc. Chase Wilson of Missouri City, Texas, Pfc. Cassandra Sisco, who is Kyra&#39;s sister, and Spc. Eric Lauberstein of San Diego, on Saturday at the Oktoberfest in Munich. All are soldiers based in Baumholder, Germany, and served in Operation Iraqi Freedom. (Charlie Coon / S&S)

Oktoberfest, the world&#8217;s biggest beer party, started Saturday with thousands of people flooding the festival ground even before the first keg was tapped. The vast majority of the international crowd was German, but at least two busloads of American troops and their families made the trip.

He took a bus to Munich from Aviano, Italy, with his brother, Air Force Staff Sgt. Corey Bowen, an airman with the 31st Operations Support Squadron.

Corey Bowen said his unit would deploy to Iraq this winter. Jason Bowen could tell his older brother that Oktoberfest &#8212; perfect weather in the 70s, dancing and smiling people, and cold beer &#8212; had little resembled life downrange.

Jason Bowen was asked how many beers he planned to drink, as he waited for the beer tents to open.

Oktoberfest runs through Oct. 3 and is expected to draw 6 million people. Munich, the capital of Bavaria in southern Germany, has hosted the festival almost every year since 1810.

Not far away, a group of soldiers from Baumholder, Germany, impatiently waited in the crowd for the tapping of the first keg.

The soldiers said they returned from Iraq in July after deployments ranging from six to 10 months. On Saturday, Cain and five others were not warriors but just faces in a sea of party-goers.

This year was different. Not only did they go to Oktoberfest, the soldiers said, but they also had a different appreciation for what they missed while in Iraq and also what they fought for.

They looked casual in civilian clothes and baseball caps, but soldiers are soldiers. Sgt. Hughes said she was determined that the troops made it back to the bus on time Saturday night for the ride home.