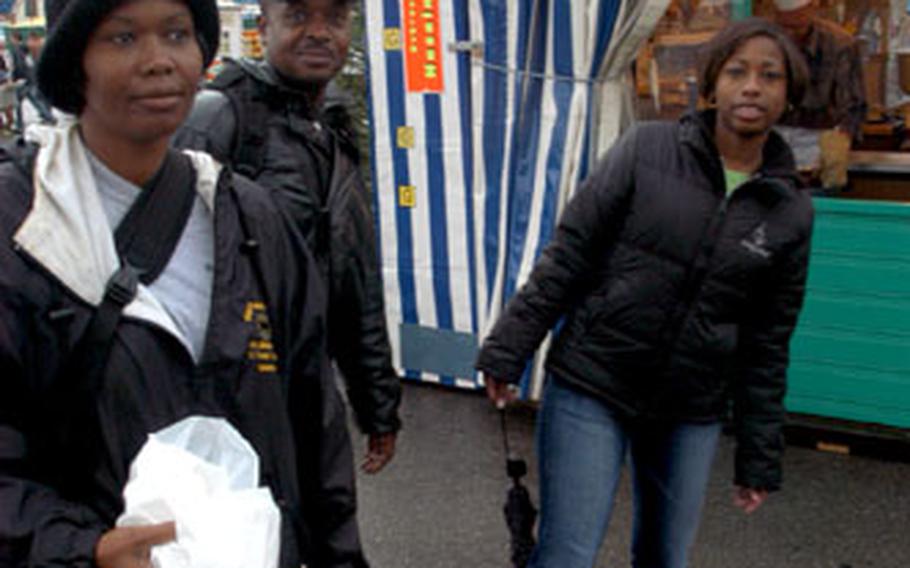 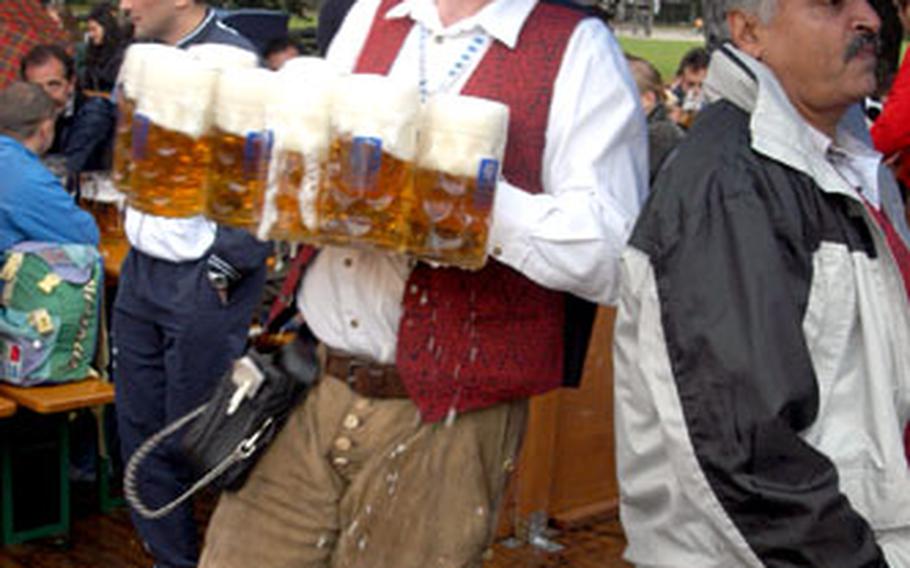 A beer server hustles a round to thirsty customers Saturday. (Charlie Coon / S&S) 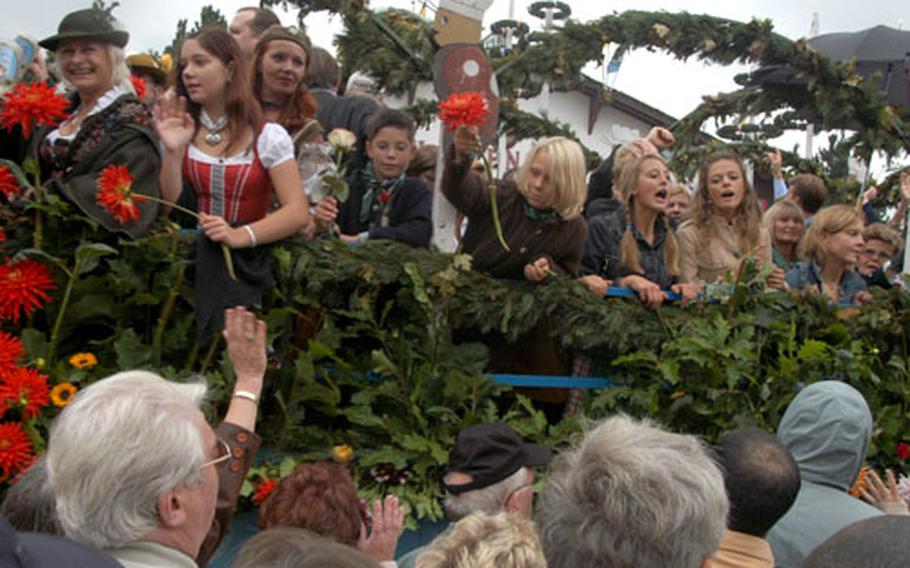 Revelers aboard one of the horse-drawn wagons ride past the crowd during the opening Oktoberfest parade. (Charlie Coon / S&S) 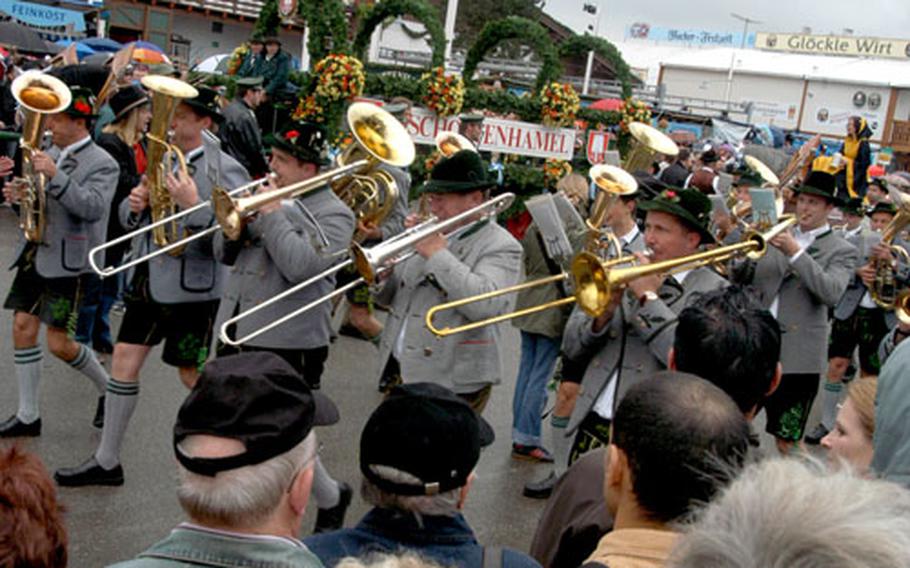 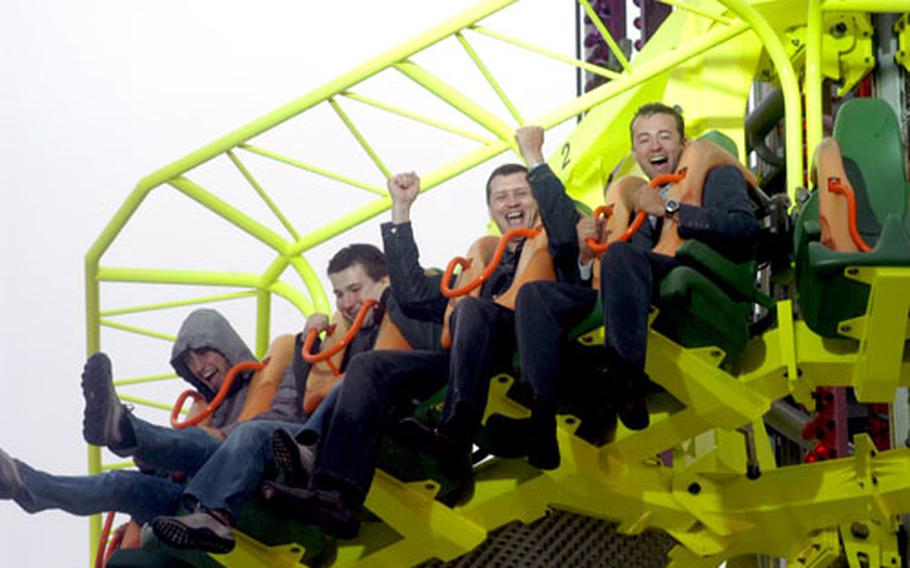 The blasts were fireworks signaling the opening of Oktoberfest 2005, Munich&#8217;s 17-day beer festival and carnival. Coleman, Marks and a few of their comrades from the 1015th Maintenance Company were among those present. They were taking a break from a three-week training stint in nearby Hohenfels.

The Army reservists, veterans of a 2003-2004 tour in Iraq, were making their first tour of the grounds of the Oktoberfest, which got under way on a cool day with steady light rain.

The reservists joined thousands of visitors who were making their yearly pilgrimage. Busloads of people came from around Germany and beyond. Trains into the city were packed.

It wasn&#8217;t hard to know at which tram stop to get off. One just had to follow the men wearing lederhosen and the women dressed in dirndls as they poured out of the cars at Geotheplatz or one of the other nearby stations and zeroed in on the party.

About 6 million people are expected to attend the 172nd celebration of the annual event, according to Munich&#8217;s Web site. Upon arrival at the Theresienwiese &#8212; site of the Oktoberfest &#8212; they found vendors ready with piles of pretzels, candy-covered nuts, schnitzel sandwiches and other fest staples to be devoured.

Down the &#8220;beer midway&#8221; &#8212; the lane lined by the cavernous beer halls &#8212; small marching bands of horn blowers and fife players, as well as horses pulling wagons filled with costumed revelers or ceremonial wooden beer kegs, paraded through a crowd five-deep.

At noon, immediately after the Oktoberfest-starting explosions, the tilt-a-whirl started whirling and the bumper cars started bumping. Amusement rides lit up, music started playing and people started dancing as if someone flipped a switch to turn the whole party on.

The reservists from Georgia took it all in, as their Oktoberfest, too, was under way.