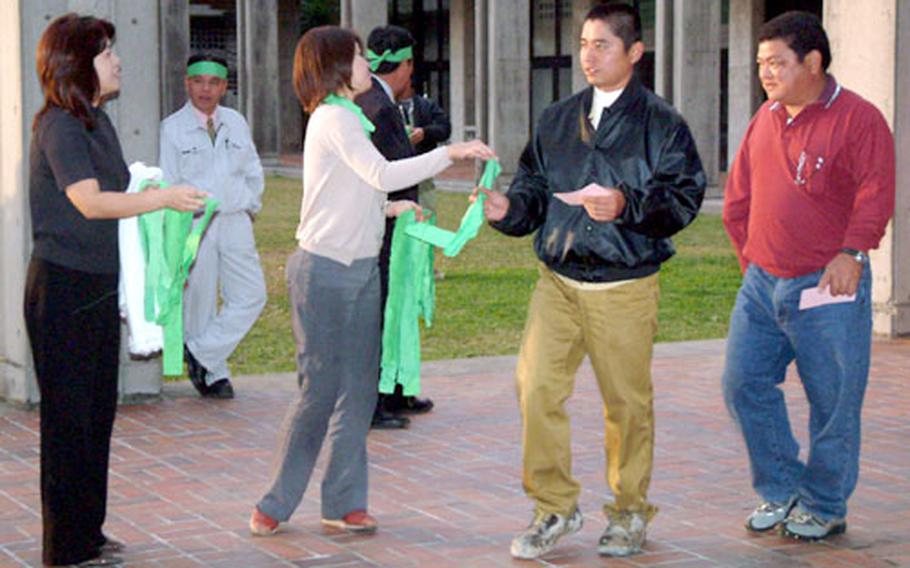 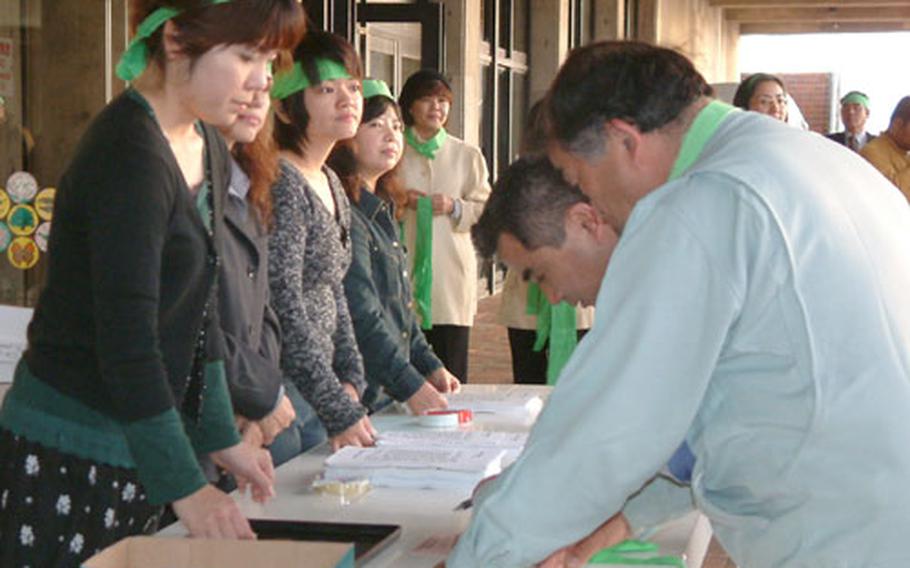 Nago residents in favor of the construction of a Marine Corps air station in northeast Okinawa sign a petition Wednesday during the rally. (David Allen / S&S) 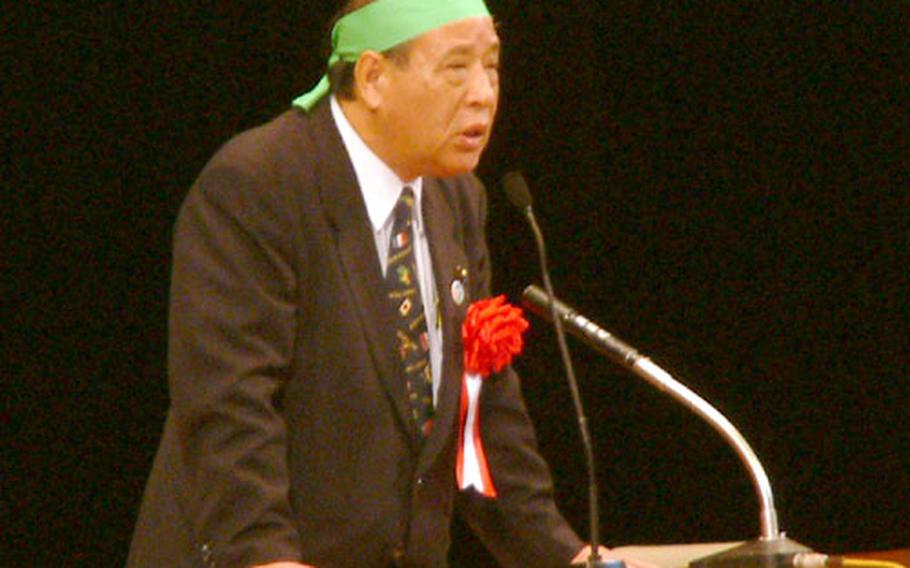 &#8220;We need a joint airport here in Nago,&#8221; said Susumu Asato, a prefectural assembly member from Nago. The island&#8217;s only civilian airport, he said, is in Naha, the capital, about 90 minutes south.

&#8220;Because of that, the Nago Technical College and the Multimedia Center were built,&#8221; he said. &#8220;But to fulfill our goal to make Nago a major distribution point for Okinawa, the airport is necessary.&#8221;

The Nago Civic Center rally, planned for September, was cancelled when a Marine helicopter from Marine Corps Air Station Futenma crashed into a Ginowan university campus next to the air station. Futenma is slated to close once the airport in Henoko, a rural district of Nago, is ready, but anti-base and environmental groups&#8217; protests have slowed work on the facility.

Nago businessmen, the Nago Fishermen&#8217;s Association and local politicians organized Wednesday&#8217;s rally. They say the airport, to be used jointly by civilian and military aircraft, would boost the economically distressed area.

On Feb. 16, Nago City Chamber of Commerce Chairman Morihide Ogido and 17 from the pro- base group visited the Okinawa prefectural government and Defense Facilities Administration Naha Bureau, calling for early completion of the new military airport.

Masanori Nishi, director of the agency&#8217;s Naha bureau, assured them that despite Japanese press reports that the Henoko project was being reviewed, the agency was proceeding.

&#8220;The helicopter crash on Aug. 13 was something we had all feared would happen,&#8221; he told the delegation. &#8220;It was a miracle that no one on the ground was injured but there is no guarantee that a similar accident won&#8217;t reoccur.

The airport project grew from a U.S.-Japanese agreement to reduce by 21 percent the land U.S. bases occupy on Okinawa &#8212; now a fifth of the island. The plan called in part for closing Futenma and replacing it with a facility in a less developed area. Henoko, a fishing village next to Camp Schwab, was selected in 1997.

Naoko Karimata, a Nago architect, said the benefits of a new joint-use airport outweighed other concerns.

&#8220;Although it is painful to hear how the project might threaten dugongs (a type of manatee), or to read a story about a protester on a hunger strike,&#8221; he said, &#8220;we have no choice but to support the project.