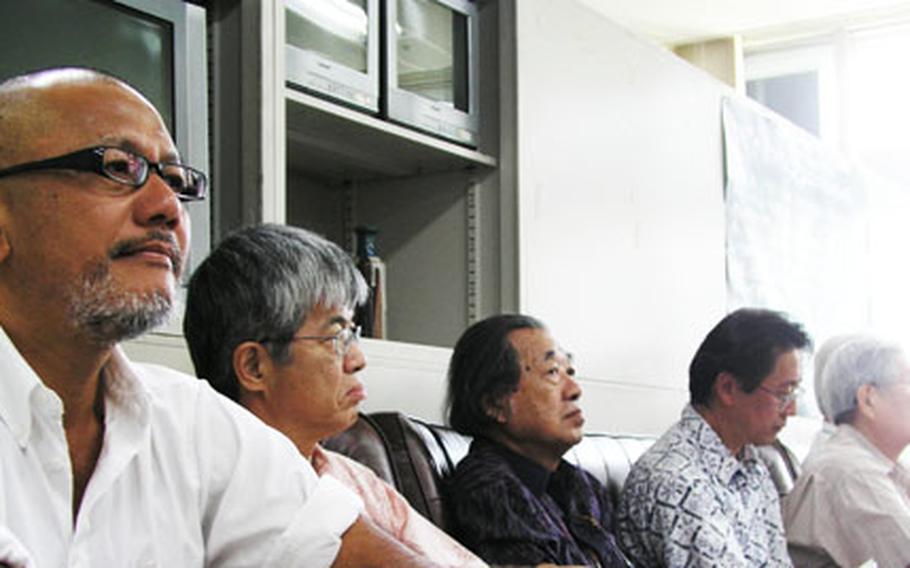 Among recipients of the letter, signed by 18 scholars, lawyers, authors and journalists, will be President Bush and presidential candidates Sen. John McCain and Sen. Barack Obama, said the group&#8217;s leader, Seigen Miyazato.

"Changes are about to come to the United States and Japan," he said in a press conference Thursday.

Miyazato said Okinawans are under a misconception they will economically benefit from a military airport on the island, an assumption that needs to be overhauled.

Moriteru Arasaki, professor emeritus of the Okinawa University and one of signers of the letter, said people have been misled about the importance of military bases and their economic value.

"Japanese and U.S. governments, with their determination to keep military bases on Okinawa ... have created a cunning structure so that people have no choice but to accept military presence in exchange for economic interest," the letter of protest says.

But changes are coming, Arasaki said.

In a June election, opposition parties took the majority of the Okinawa&#8217;s prefectural assembly, defeating the ruling parties that support Gov. Hirokazu Nakaima, who endorses the new military airport.

In July, the assembly adopted a resolution against the Camp Schwab airfield project.

The military facility is unacceptable from an environmental standpoint as well, the letter contends.

Local environmental protection groups have claimed the new airport would harm the rare sea mammal, dugongs, which feed on seaweed in the area.

"There is no space affordable on Okinawa that can be sacrificed merely because of less human habitation," the letter says.

Japanese government officials are continuing to conduct environmental surveys in the planned area for the Camp Schwab runways.