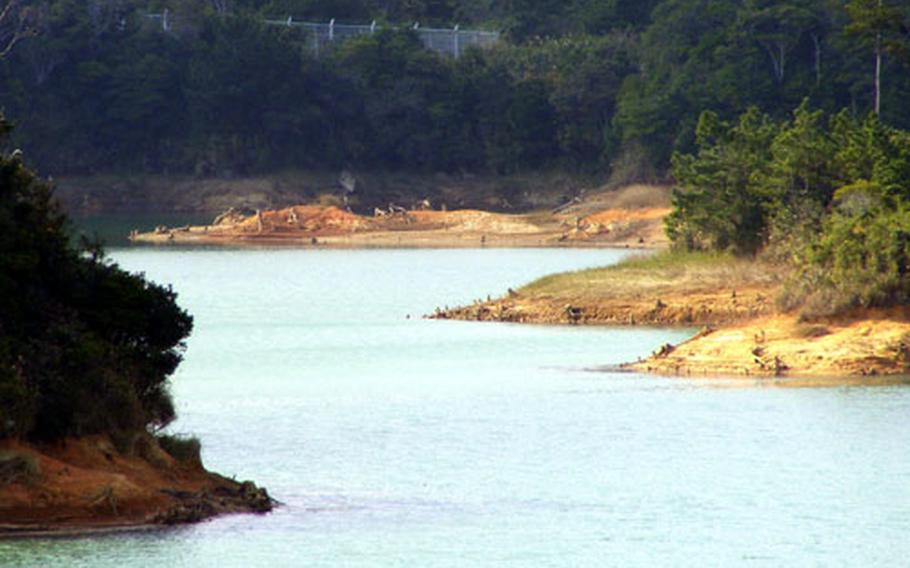 As of Thursday, the water level at the island&#8217;s 10 reservoirs averaged 62.4 percent capacity, 19 percent below the 77.4 percent monthly average for the past 10 years. And the situation is already so bad on nearby Zamami Island that the water will be turned off for 12 hours a day starting Tuesday.

But the levels on Okinawa are not that alarming &#8212; yet, said Hitoshi Uehara, a spokesman for the Water Supply Management Office, part of the Okinawa Prefectural Enterprise Bureau.

"Okinawa&#8217;s water situation remains tight," Uehara said Thursday. "Water levels at reservoirs drop every day. However, it is not in a situation where we need to consider starting rationing at this moment."

On Zamami, about 25 miles west of Okinawa in the Kerama Island group, the water level at the island&#8217;s dam was at 41.7 percent capacity Thursday, a Zamami village official said.

"We had a similar situation in 2004," Uehara said about Okinawa water levels. "But we were able to survive without rationing."

Rationing was planned for that March, but was postponed when a storm dumped 4.52 inches of rain just before the deadline to turn off all island water taps for eight hours each night. U.S. military bases had gone into voluntary rationing earlier that year.

Okinawa officials have not scheduled any meetings of the Water Countermeasures Council, which would determine if rationing is warranted. Military bases on Okinawa encourage water conservation throughout the year, but have not mandated any rationing.

Water rationing was last imposed on Okinawa in 1994, when taps were turned off for eight hours per night for 28 days.

According to the Okinawa Meteorological Observatory, just 2.2 inches of rain fell on Okinawa last month, compared with 5.2 inches in January 2008.

Okinawa water woes may be eased somewhat in 2010 when two new reservoirs are expected to come on line and an existing reservoir in Kin will be expanded.

Air Force Lt. Col. David Wilder, commander of the 718 Civil Engineer Squadron on Kadena Air Base, said he is watching the situation.

"We currently do not have any indications that the water levels on Okinawa require Kadena to enact any supportive water restriction measures," he said. "We are ready to support the community when water levels reach trigger levels."