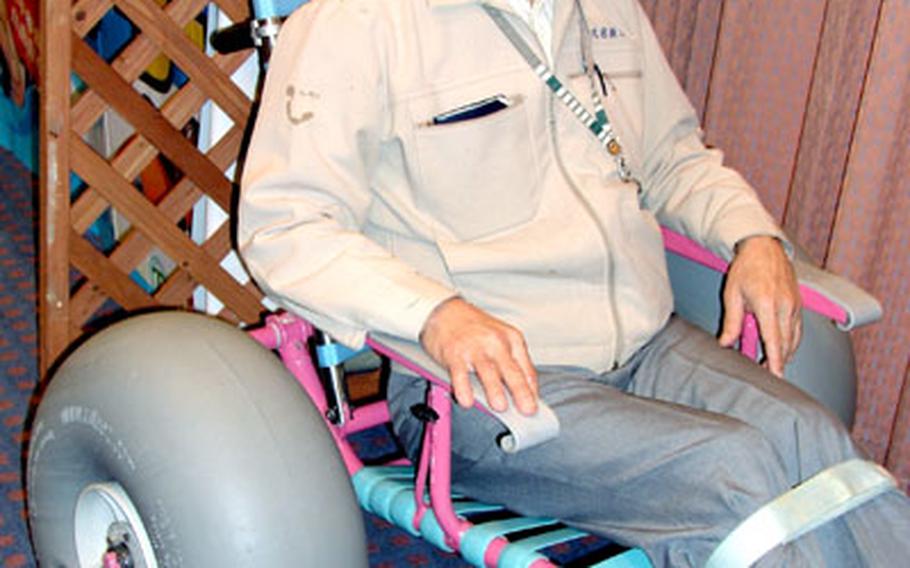 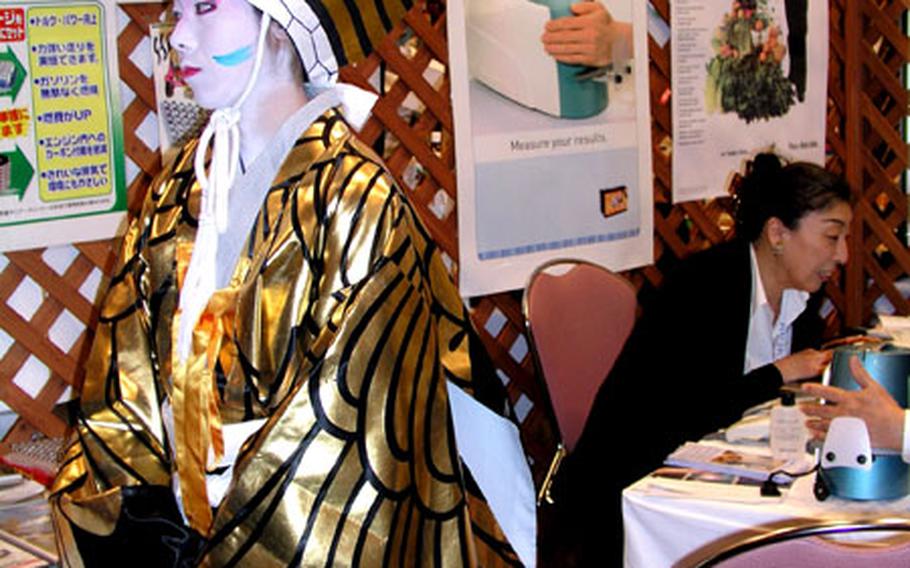 The Okinawa business fair is a showcase for military purchasing officials to discover varieties of merchandise and services available on the island, including Japanese dancers for hire for special occasions. (Chiyomi Sumida / S&S)

They&#8217;re all among services and goods the U.S. military community on Okinawa could be enjoying soon courtesy of Okinawan businesses.

That was the message the area&#8217;s second annual local business fair on Wednesday was aiming at more than 100 people connected with U.S. military purchasing.

Naha City&#8217;s Regional Employment Opportunities Council sponsored the fair to help local firms do more business with the military, which the council estimates spends up to $500 million annually on contracts with Japanese businesses.

&#8220;Yet most of the contracts have been awarded to companies outside Okinawa due to local businesses&#8217; lack of knowledge of the bidding and procurement systems,&#8221; said Mitsuaki Kawajo, council vice chairman.

At one booth, Hiromu Aharen and his staff showed how the firm&#8217;s oxygen equipment could be used in base gyms and clinics.

In another booth was an eye-catching, kimono-clad model representing Itten, an agency offering Japanese dancers for special occasions.

And they appeared receptive. Lori Harlin is Camp Foster Marine Corps Regional Contracting Office deputy director. As she tasted locally produced fruit juice, she called the fair &#8220;a good opportunity for us. &#8230; We want as many vendors as available.&#8221;

As Dale Fitzgerald, MCCS Purchasing and Contracting Branch director, toured the booths, a chair with rubber wheels caught her attention. Soichi Shimabukuro, from a Haehabu iron factory, was displaying his invention, an amphibious wheelchair he calls a &#8220;chair boat.&#8221;

Having one or two at Camp Schwab&#8217;s Ourawan Beach, Fitzgerald said, might be a good idea.