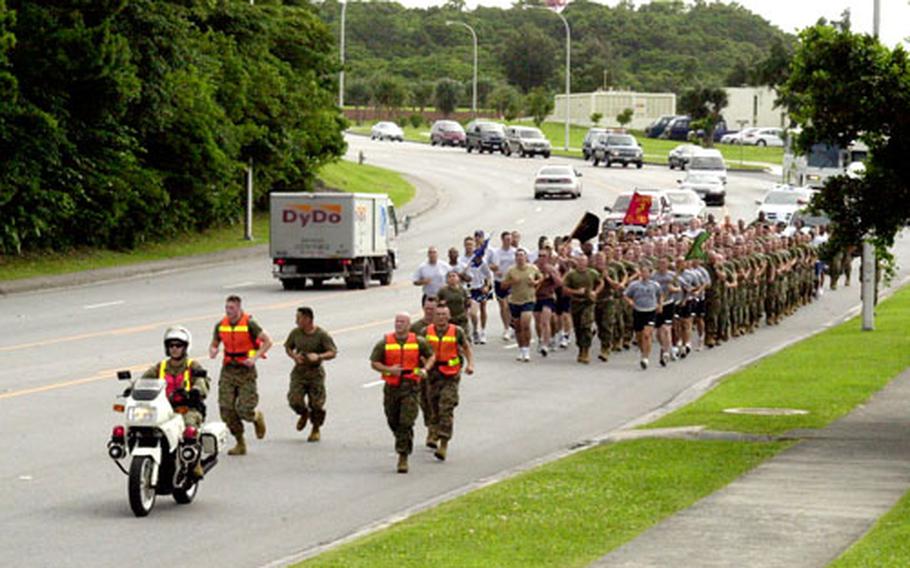 The Law Enforcement Torch Run at Kadena Air Base is a prelude to the Okinawa Special Olympics, which is expected to draw 880 athletes and 1,500 volunteers. (Erik Slavin/ S&S)

The Law Enforcement Torch Run at Kadena Air Base is a prelude to the Okinawa Special Olympics, which is expected to draw 880 athletes and 1,500 volunteers. (Erik Slavin/ S&S) 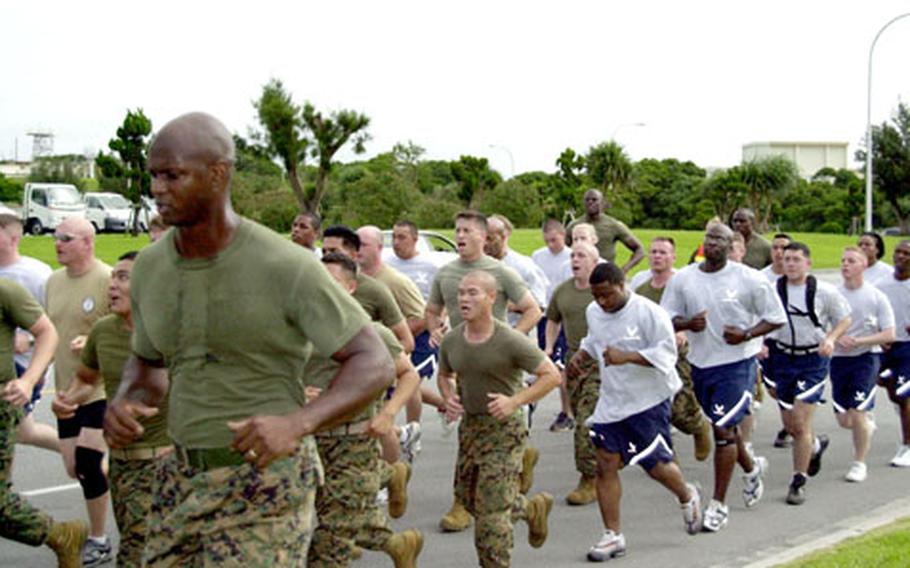 About 100 servicemembers from all four military branches complete the final leg of the Law Enforcement Torch Run for Special Olympics on Saturday morning at Kadena Air Base, Okinawa. (Erik Slavin/ S&S) 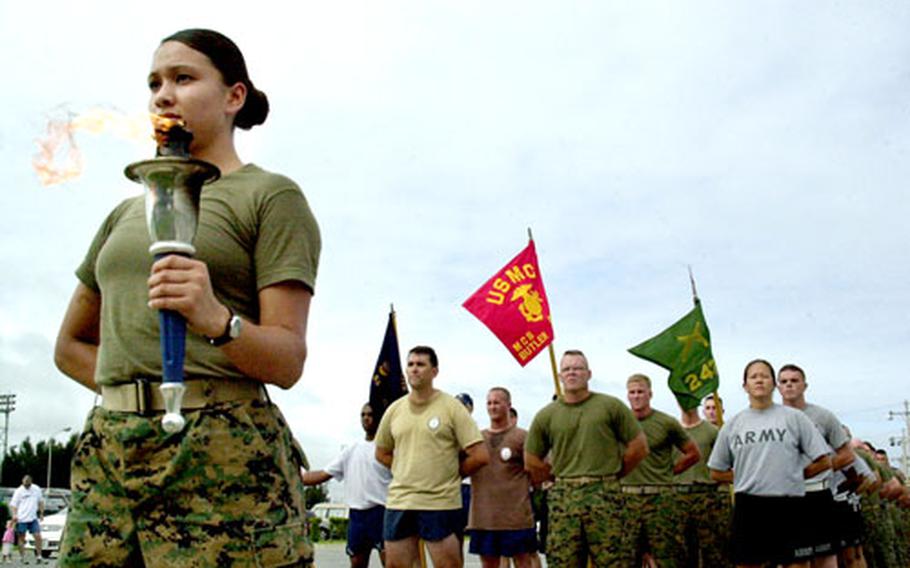 KADENA AIR BASE, Okinawa &#8212; About 100 military police from all four services ran to Kadena Air Base and lit a ceremonial torch as part of the international Law Enforcement Torch Run for Special Olympics on Saturday morning.

The run was a prelude to what likely will be the largest Okinawa Special Olympics ever, with 880 athletes and 1,500 volunteers gathering at Kadena Air Base on Saturday.

The law enforcement torch run began in 1981 when Wichita, Kan., officers wanted to raise funds and awareness for the Special Olympics. Since then, the event has spread worldwide.

The run gets people thinking about the event and motivates servicemembers, said Marine Cpl. Kyle Dubay, who works at the Camp Hansen Brig.

From Building 705, the servicemembers ran in formation to the Risner Gym parking lot and stood at attention while Marine Pfc. Irma Rosales presented the lit torch.

Participating in this year&#8217;s torch run and volunteering for Saturday&#8217;s Olympics is personal for some military police officers.

While growing up on the Eastern Shore in Ridgely, Md., Airman 1st Class Issael Smith spent his free time volunteering with his aunt, who worked at an agency helping the mentally handicapped.

Smith said he has volunteered for Special Olympics events ever since he was in high school.

Others got hooked on helping Special Olympics at previous duty stations. Petty Officer 1st Class Patrick Otis first got involved with the games while stationed in San Diego, where he noticed how much happier both athletes and volunteers felt afterward.

&#8220;Everybody walked away with an almost Disneyesque-type feeling,&#8221; Otis said.