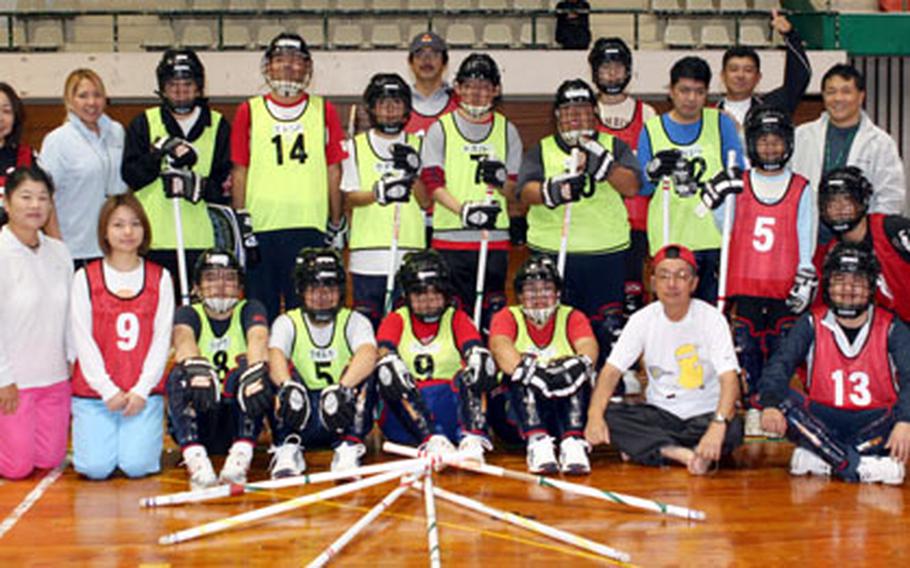 The team, made up of Japanese junior high school students and adults, competed against seven other Japanese Special Olympics teams last month.

The team prepared for two months for the tournament, practicing twice a week at the Okinawa City Gym, according to Chip Steitz, a senior adviser for Special Olympics at Kadena Air Base.

The sport was introduced to the Special Olympics here eight years ago by volunteer Marines and airmen. Today, the sport is coached by Japanese volunteers, Steitz said.

The team&#8217;s participation in the national games was aided by funding from the American Women&#8217;s Welfare Association, an organization that donates money to Okinawan and American charities.

This year, AWWA donated $10,000 to the team and Okinawa Special Olympics to help pay for travel, equipment and participation in games throughout the year, Steitz said.

Money is raised through proceeds from sales at military gift shops run by volunteers from officers&#8217; spouses&#8217; clubs at various bases, including Camp Foster and Kadena Air Base.

The team may go on to the 2009 Special Olympics World Winter Games in Boise, Idaho, if it is able to raise enough money, Steitz said.

&#8220;People with disabilities have talents and should be afforded the same opportunity to display their abilities and celebrate their successes,&#8221; he said.

The Okinawa Special Olympics has swelled from 100 athletes eight years ago, to about 1,000 athletes participating in last year&#8217;s games, Steitz said.