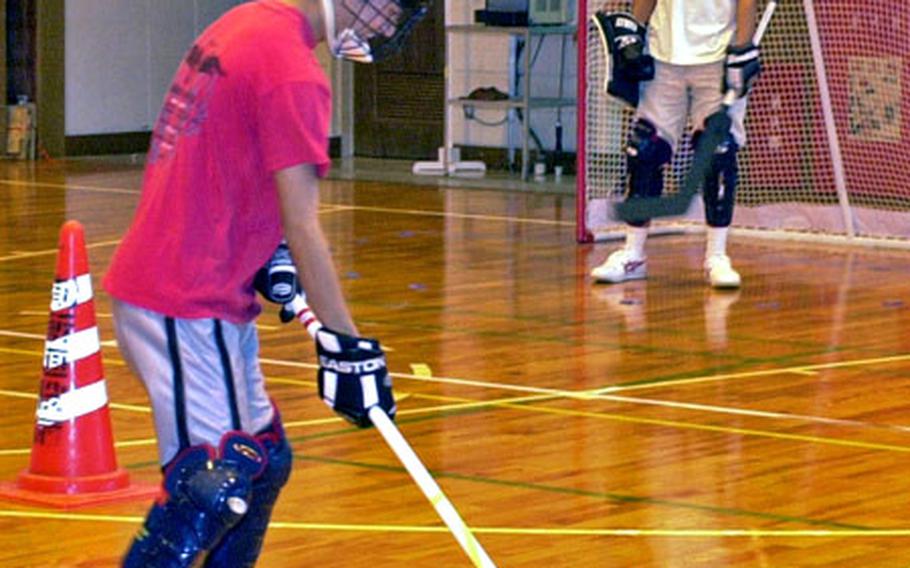 After training for four years, Okinawa special-needs students will compete for a championship on the same ground where the world&#8217;s greatest athletes once found Olympic glory.

The 14 students from Okinawa Koto-yogo high school in Gushikawa City will compete in floor hockey at the Winter World Games, to be held Feb. 26 to March 5 in Nagano, Japan, the second world games held by Special Olympics.

The students have put in much hard work over the past few years, said Ayako Kinjo, team coach and Okinawa Special Olympics chief of sports programs.

The team received almost $40,000 in donations and equipment from the Air Force, Marine Corps and several American companies over the past four years, said Okinawa Special Olympics board member Chip Steitz.

Their donations greatly helped the team&#8217;s effort to prepare for Nagano, Steitz said.

Team captain Tomoyo Takue, 18, first began playing floor hockey two years ago. Like most of the other players, he was unfamiliar with the sport, he said, but soon began having fun.

The team has played in several big games leading up to the World Games, including national games last year against China. Although outsized, Okinawa was the only team at the tournament to score against the Chinese, to the delight of the home Japanese crowd, team officials said.

Some of the smaller athletes and girls on the team, such as Rieko Touyama, 18, have learned to use their speed to make up for the size difference.

Servicemembers have donated their time to Kadena Special Olympics events throughout the past five years; some, like Air Force Reserve Capt. Colin Sewake, have gone a little further by helping out at team practices off base.