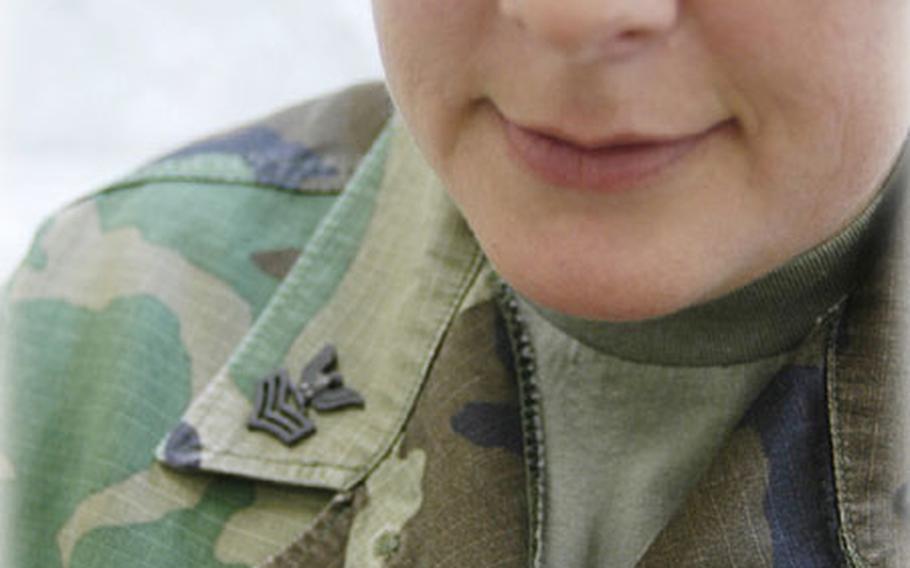 Since the qualification process was changed in early 2002, more than 180 sailors have earned the pin, said Petty Officer 2nd Class John Scheller, a qualification instructor.

In the same time period before the changes, 100 sailors qualified for the pin.

The program was modified to include practical applications, classroom and hands-on training with simulated weapons, obstacle courses and navigation using maps and compasses, he said.

&#8220;The scenarios helped me familiarize myself with compasses and maps and the obstacle course was grueling,&#8221; said Petty Officer 1st Class Karen Carter, a dental technician with Headquarters, 3rd Dental Battalion, who will soon earn her pin.

Earning the pin requires roughly six months to a year of instruction.

Sailors study and train together in simulated battlefield conditions to prove they can perform what they&#8217;ve learned in the classroom.

That training involves a Marine obstacle course that sailors run as teams of two, carrying a medical bag to a &#8220;wounded&#8221; patient.

They treat and transport the patient back for evacuation &#8212; all in less than 20 minutes.

During the land navigation portion, sailors are &#8220;gassed&#8221; by their instructors.

They have nine seconds to get their masks on and then finish the course.

The program is capped with a 150-question written exam culminating with an oral examination from instructors and qualified Fleet Marine Force personnel.