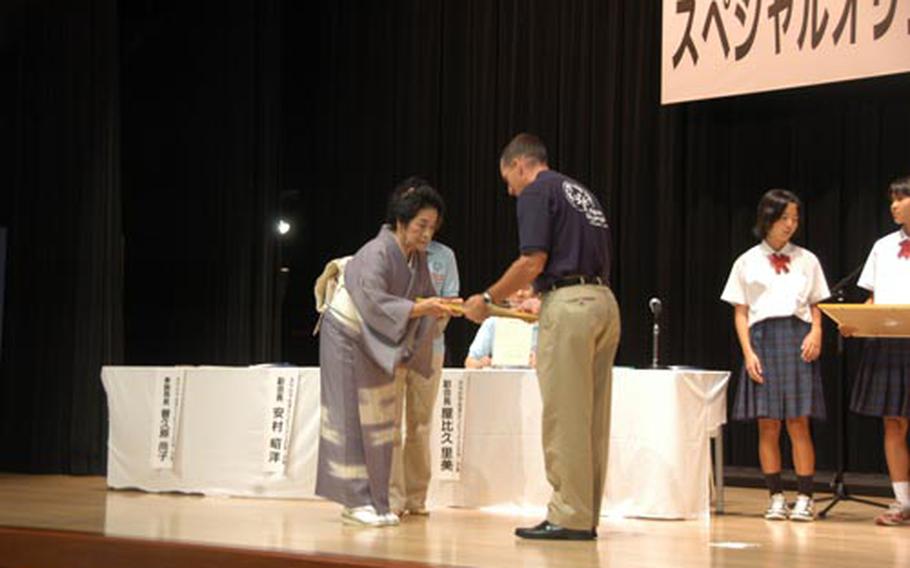 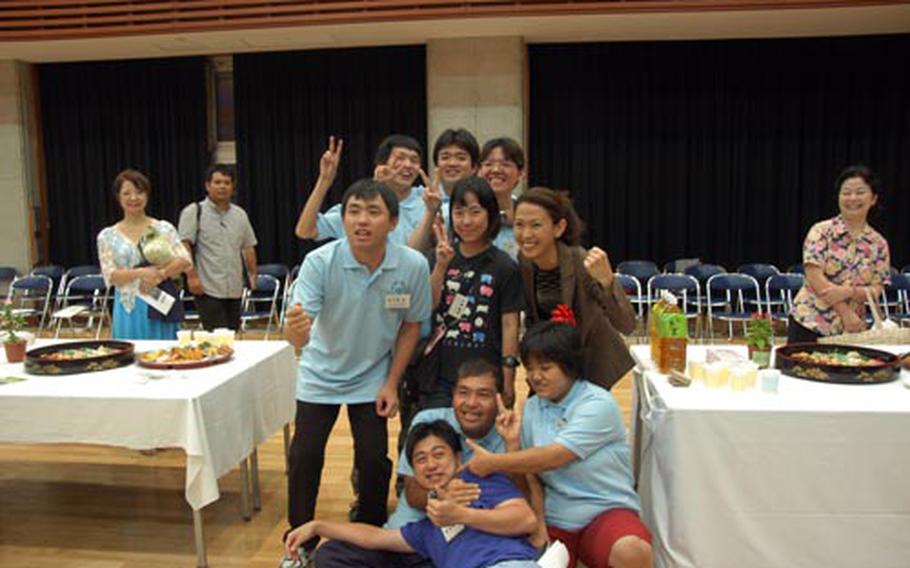 The road to recognition has been tough but rewarding, Okinawa chairwoman Michiko Yasuda said Tuesday.

"You should all be very proud of what you accomplished to establish this new chapter," Williams said during a toast.

Williams said it&#8217;s important for servicemembers to help the athletes cross the finish line as winners.

"It helps them excel and enjoy the same self-esteem that others who aren&#8217;t similarly challenged do," he said.

What started off as a barbecue for athletes has morphed into a year-round program that offers training and competitive sports for developmentally disabled children and adults.

The chapter&#8217;s main event, a series of games held at Kadena Air Base, attracts close to 1,000 athletes and nearly double that number in military and civilian volunteers.

The first event nine years ago attracted fewer than 100 people.

Today, the group has about 62 athletes that compete in the organization&#8217;s year-round events, and 102 supporting members.

Special Olympics Nippon president Yuko Arimori said she was moved by the generosity shown by the Americans.

"When I heard about this program, I was inspired," she said. "I hope this chapter will continue to grow."

"As athletes, we speak the same language," she said.