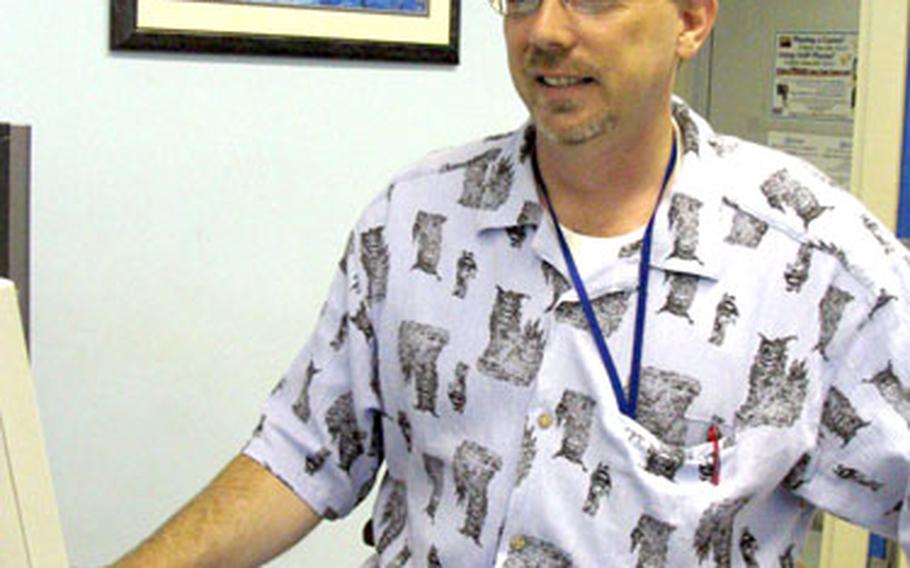 CAMP FOSTER, Okinawa &#8212; Internet users on Okinawa&#8217;s Marine bases now have another option for getting hooked up.

Added to dial-up, cable and wireless broadband options is a new high-speed asymmetric digital subscriber line service offered by Konnect, the Internet provider that once had a monopoly on Internet connections on Okinawa Marine bases.

The new ADSL service already is available on camps Courtney, McTureous, Kinser and the western section of Camp Foster. By the end of the year Konnect plans to add Camp Foster&#8217;s towers and Plaza, Sada and Kishaba housing areas and camps Lester, Hansen and Schwab, Weissert said.

ADSL operates through existing telephone lines via modems that split the telephone signal from the Internet connection, so the telephones are not tied up when a computer is connected to the Internet, as in the case of conventional dial-up connections. Phone calls can be made at the same time a subscriber is online, Weissert said.

Konnect is promising speeds ranging from 2 to 4 megabits per second.

Allowing the ADSL service on the base is a &#8220;quality-of-life initiative by the commanding general of Marine Corps Base Camp S.D. Butler to provide our Marines with a high-quality broadband option, in addition to what is already being offered by Mediatti Communications,&#8221; said spokesman Gunnery Sgt. Chuck Albrecht.

Weissert said cell-phone users who don&#8217;t need additional telephone service can get an ADSL-only line for $3.50 per month. The service also is available to off-base residences.