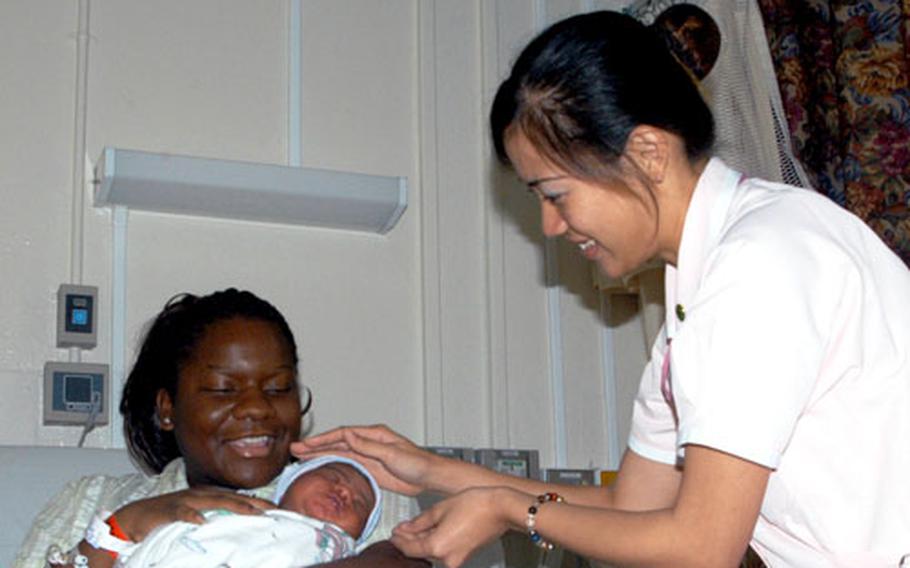 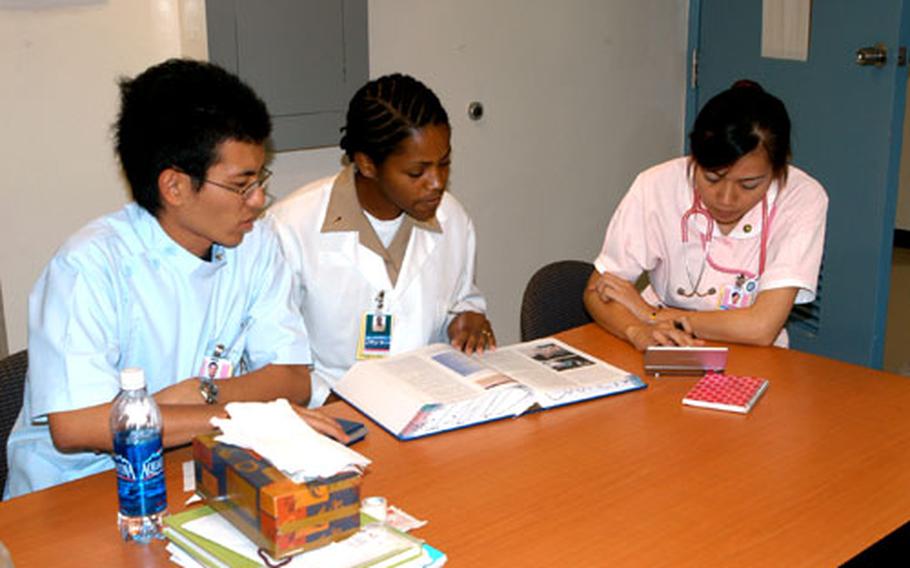 After two days of hospital orientation, Woodhead said, the students began rounds in clinical areas such as the medical-surgical ward, ambulatory procedure unit, couplet care and the emergency department. The students rotated through 10 departments during their three weeks at the hospital.

It wasn&#8217;t Matayoshi&#8217;s first time being immersed in American culture: While in high school, she spent a year in Fort Worth, Texas, as an exchange student.

&#8220;I am still challenged by our differences in language, especially with all the military acronyms, but I think we can both benefit from this program and succeed through nursing,&#8221; she said. &#8220;I am interested in becoming a registered nurse and working with new mothers. This experience has really empowered me to achieve my goals.&#8221;

&#8220;The students&#8217; enthusiasm to learn and the opportunity to practice their current skills and develop new skills enhanced their motivation to continue on with their current training program at Hokubu and to recognize the vast array of opportunities available in the nursing profession,&#8221; Carrio said.

Each student had a U.S. military nurse as a sponsor during the program, Carrio said. The sponsors &#8212; Lt. Martine Rich&#233; and Lt. Cmdr. James Abbott &#8212; helped with hospital orientation, coordinated training in the clinical areas, answered questions and ensured a smooth transition throughout the program.

While the students may have showed a willingness to learn, the hospital showed its willingness to teach by opening its doors, according to Toshiko Ikehara, Hokubu Nursing School director.

&#8220;They really opened their hearts to us, showed us outstanding leadership and offered us an open welcome so the program would succeed,&#8221; she said.

The Hokubu Nursing School plans to continue the relationship by sending two students to the hospital every August to learn from U.S. nurses, Ikehara said, adding that the program gives the students confidence to treat all patients whatever their nationality.